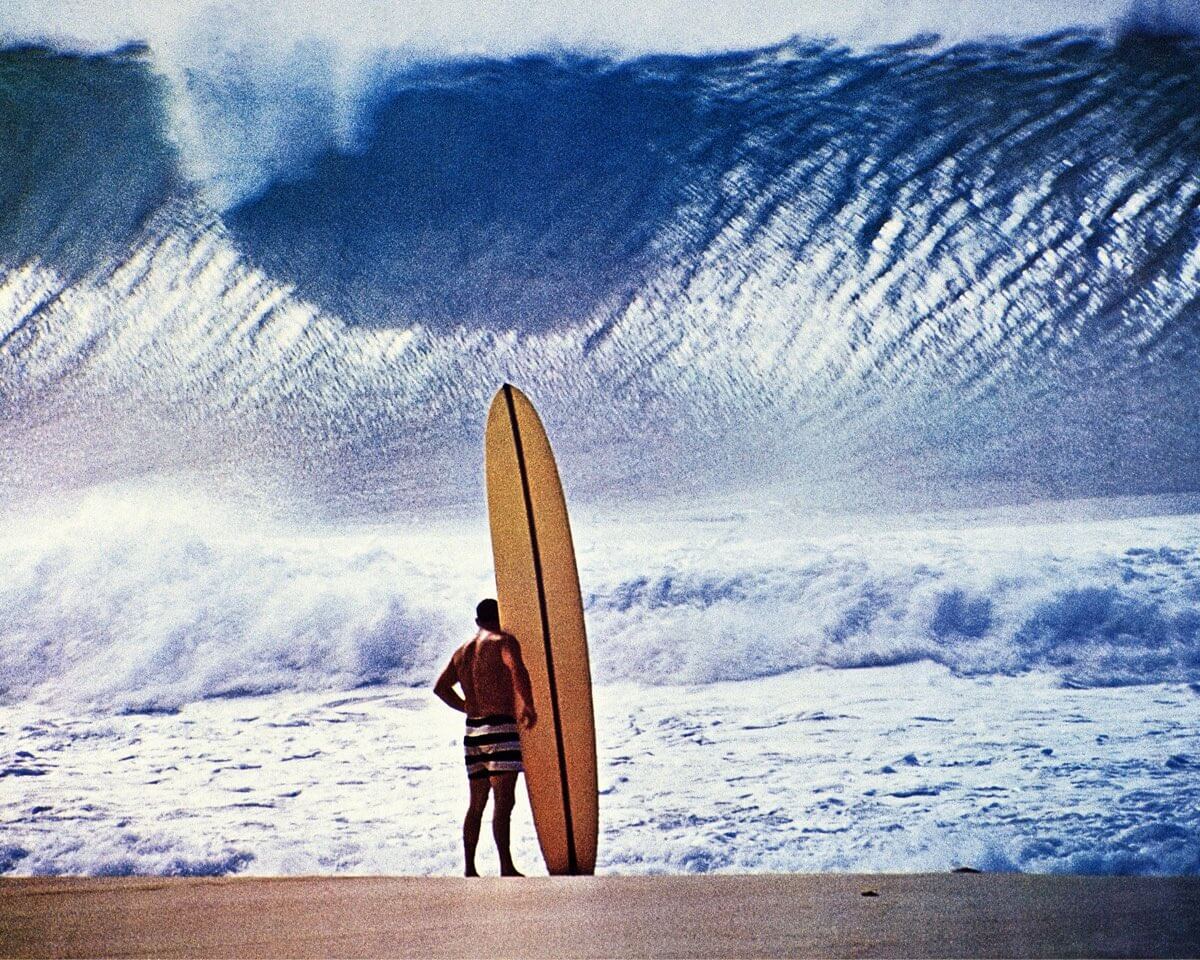 Over the next couple of months, surfing is going to celebrate some big milestones. The sport will make its Olympic debut in a few short weeks. Then, coming up in September, the Rip Curl WSL Finals will be landing at Lower Trestles and crowning the 2021 World Champions.

But before we get swallowed up by all these developments, a quick pause is needed to remember two surfers who changed the game: Greg Noll and Joe Quigg.

Two of the most influential wave-riders, board builders and entrepreneurs, in their own unique ways, both Noll and Quigg pushed the pursuit of surfing ever forward. Sadly, both passed on earlier this month.

Quigg peacefully passed away in Hawaii on June 20 at 96 years old. Noll gracefully kicked out on June 28. He was 84 years old.

After four years in the Navy during World War II, Quigg became an integral player in the close-knit Malibu scene. The consummate innovator, he’s credited with introducing the concept of rocker to surfboard design and pushed performance surfing forward with his “Malibu Chip.”

In 1947, he famously shaped a redwood-balsa blank for a young Darrylin Zanuck, daughter of Hollywood heavy Darryl Zanuck. Quigg built the board to be lighter and more maneuverable for the teenager.

The “Darrylin board” would come to be a favorite of Malibu’s best surfers as they got a turn on it and became the precursor to the Malibu Chip, which altered the trajectory of surfing going forward.

In fact, in 1956, Noll was part of a group of lifeguards from California who traveled to Australia for an Olympic surf racing demonstration and brought with them the Malibu Chip design. It was as much of a game-changer Down Under as it was on the West Coast.

But Noll’s most widely regarded as a big-wave pioneer in Hawaii, where he earned the nickname “Da Bull.” In 1954, a 17-year-old Noll moved to Hawaii. Initially posting up at Makaha, almost right away he felt at home in the big, challenging surf on the westside.

By the winter of ’57, the attention had shifted to the North Shore, where Noll was among the first group of surfers to tempt fate at big Waimea and other outer reefs.

Also diving deep into the business of surfing, Noll produced a series of early surf films. And back in the South Bay, in 1965, Noll opened a 20,000-square-foot Noll Surfboards factory in Hermosa Beach. Business boomed, and at one point, they were producing more than 200 boards a week.

Noll was back at his beloved Makaha for the epic “Swell of ’69,” where he rode what was considered to be the biggest wave ever at that time. Perhaps the high-water mark of his legendary surfing career, he eventually moved to the quiet country of coastal Northern California, where he continued to shape exquisite wooden surfboards throughout the remainder of his days.

Meanwhile, Quigg would go on to continue to innovate surfboard design and construction, as well as developing modern paddleboards and outrigger canoes.

Settling in Hawaii, Quigg continued to design and built aquatic craft of all types, including boats and canoes. He eventually retired from full-time production in 1987.

The impact both men have had on surfing is vast and far-reaching. They will be missed, but their spirits will ride on as wave-riding continues to evolve.