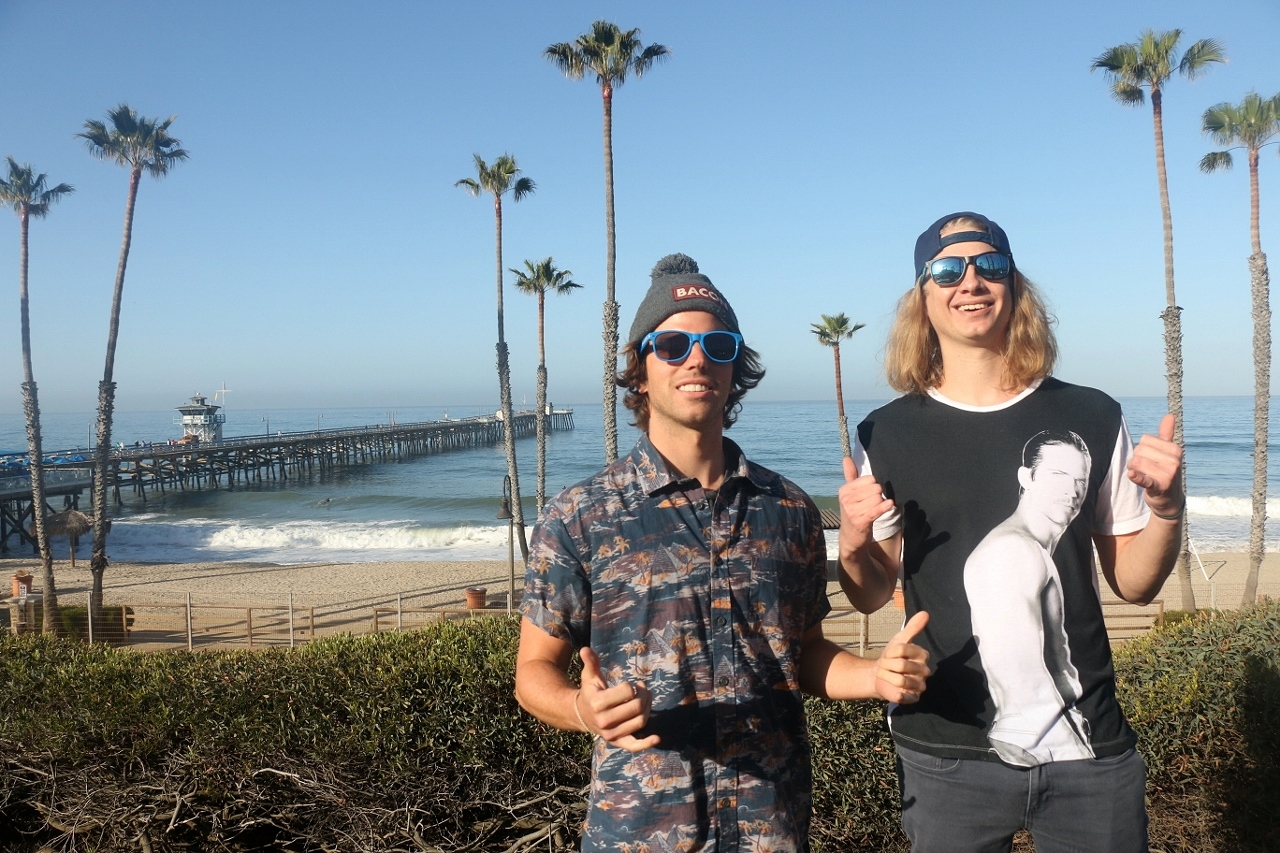 Chad and Bodhi Talk about Paul Walker Statue at the Pier, Viral Video

After Chad and Bodhi stepped up to the podium at the last San Clemente City Council meeting and gave impassioned pleas for constructing a 12-foot-tall statue of the late actor Paul Walker at the Pier, there was a mixture of confusion and amusement. Was this real? Did they really want to put a shirtless, steel replica of Walker, the actor and a main character of the Fast and Furious movie series, on San Clemente’s most iconic landmark?

The answers are yes and no.
After the video—posted to www.sanclementetimes.com—of Chad and Bodhi went viral, Tom Allen (Chad) and Spencer Kalendar (Bodhi) let us in on the joke. They are stand-up comics based out of Los Angeles who film and produce an internet show, “Chad Goes Deep.”

“We really do want to see a statue of Paul Walker,” Allen said. “We love the message he spread.”

The duo’s manager, Seth Craven, said they’ve been developing a show that has evolved into a travel program, taking antics and activism around Southern California. They also proposed the statue in Burbank, Culver City and more cities.

“At the end of the day, Bodhi is a character and Chad is a character, but they’re also almost alter egos,” Kalendar said. “Things have been so negative lately, and Paul was a positive figure. (His legacy) is a symbol. We know it sounds silly, but we got people behind it, and now we’re here.”

Walker’s performances as well as his lifestyle had a lasting effect on the two comics. They said they regard him with the highest esteem and want to work with the Paul Walker Foundation, which provides for various charities.

“We’d only do (the statue) if we had their support or their permission,” Allen said. “His movies just made me feel good. The original The Fast and the Furious was a phenomenal movie.”
Manager Seth Craven said he’s enjoyed applying his own life experiences to the Chad and Bodhi characters.

“Now that we’ve gotten the attention, it’s keeping the nature of the character very pure,” Kalendar said. “I think that the (statue proposal) worked so well because a lot of what goes into our characters is very real. Growing up in Huntington, San Clemente was kind of like my respite. I loved spending summers and time down here. Paul Walker’s not from here, but his spirit is here.”

Allen, Kalender and Craven are planning a Kickstarter page to fund the statue themselves, but they’re looking for other ways to make it happen. They’re also hoping to develop a show for television to submit to networks.

The video clip is still on the SC Times Facebook page and will be embedded in this article at www.sanclementetimes.com. Allen and Kalendar can also be found at Chad Goes Deep on Facebook  and on Instagram at @tom_allen_comedy and @robotspencer.