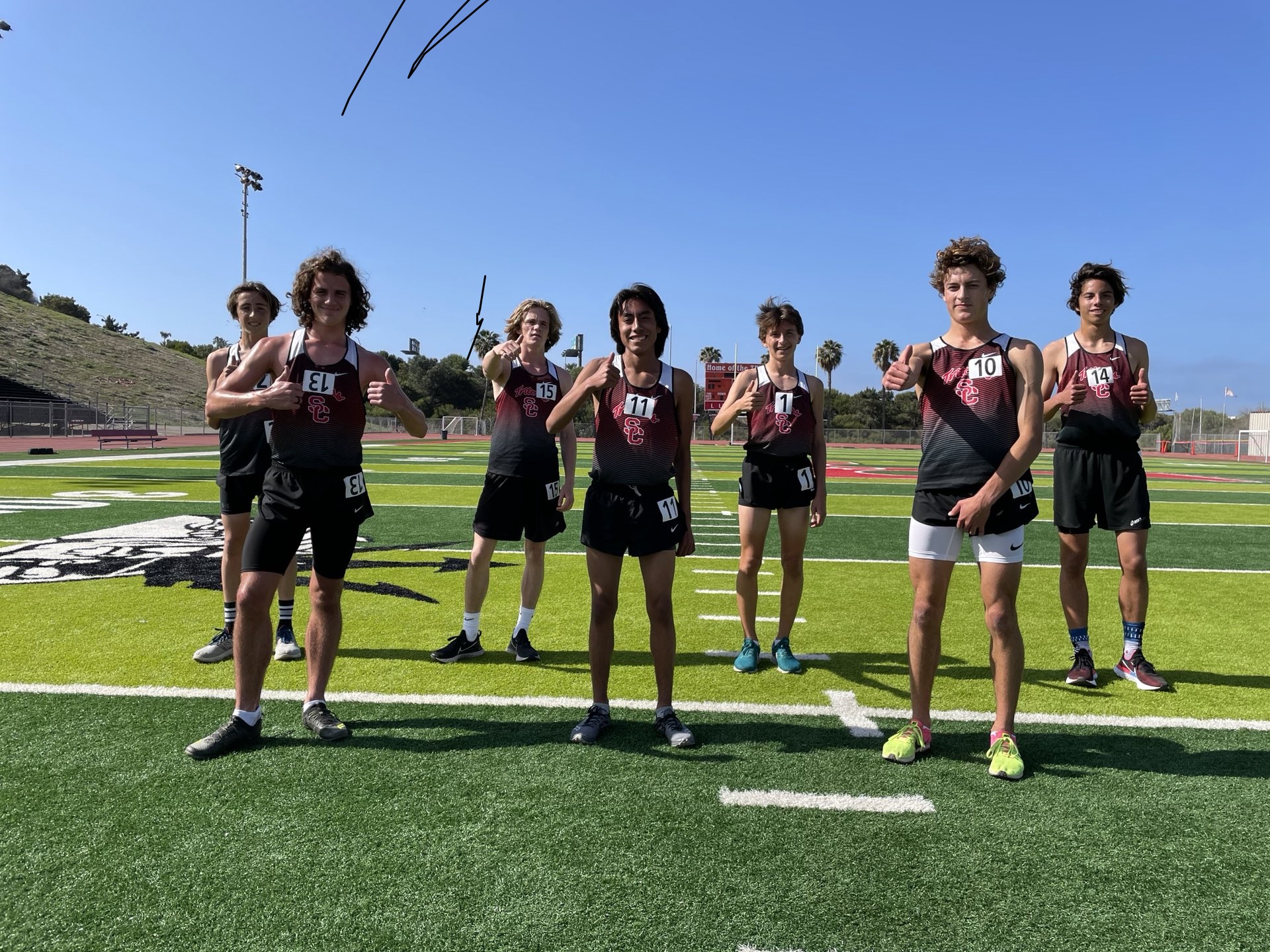 The San Clemente boys (3-0) will run at El Toro (3-0), and the Triton girls (2-1) will host the Chargers (3-0) for a chance at back-to-back league titles. San Clemente won the boys and girls Sea View League championships last year before moving up to the South Coast League this season.

A title this season would be different than last year’s title, just based on the format alone. Some could argue that this year’s title would be more of an accomplishment, as instead of one free-for-all league meet for the championship, teams have had to rise to the occasion each week in this five-week sprint of a dual-meet schedule.

The Triton boys have shown their mettle week after week with impressive group performances and an upset along the way.

Aliso Niguel scored the individual win as its star, junior Brennan Foody, outran the field with a 3-mile time of 15:48. However, the Tritons placed their next six runners before the Wolverines placed their second, to win going away.

The win that gave San Clemente a real shot at the South Coast League title was the Tritons’ victory over perennial league, CIF and state contender Dana Hills (0-3) on Feb. 20.

Like against Aliso Niguel, and as happened for the Dolphins all season, Dana Hills got the individual win from their star, junior Jai Dawson (15:37), but San Clemente placed its next three runners to edge out the Dolphins, 25-30.

It was San Clemente boys cross country’s first win over Dana Hills since 1989.

The Tritons will muster all their effort to pull off another upset for the outright league title against El Toro.

El Toro is also undefeated in league, and none of their South Coast League dual meets have been very close. El Toro finished second through sixth to beat Dana Hills, 20-42, then took five of the top six spots to beat Aliso Niguel, 19-40. Last week, the Chargers took the first five positions to crush Mission Viejo, 15-48.

On the girls side, San Clemente will need a similar effort as the boys to knock off El Toro.

El Toro has already clinched at least a share of the league title, but a San Clemente win would create a three-way tie for the South Coast League’s top spot between the Tritons, Chargers and idle Trabuco Hills (3-1). There would be no tiebreaker, as El Toro beat Trabuco Hills, Trabuco Hills beat San Clemente, and San Clemente would have beaten El Toro.

Last week against Trabuco Hills, San Clemente had a hard-fought dual meet against the Mustangs, but Trabuco Hills prevailed, 26-31.

UC San Diego-bound senior Kelsie Yamano scored the individual win for the Tritons at 17:57. Trabuco Hills got the next two spots, and sophomore Madison Kerrigan (18:35) finished fourth to have the teams tied in points, 5-5, after two runners.

However, Trabuco Hills’ next runner finished in fifth place, one-tenth of a second ahead of San Clemente sophomore Kennedy Banks (18:37.1), to gain the edge that the Mustangs maintained for the win.

On Feb. 20, San Clemente beat Dana Hills, 25-31, and was led by a dominant performance by Yamano.

Yamano won the dual meet with a time of 17:40, which was more than a full minute faster than her second-place teammate Kerrigan at 18:57. Dana Hills closed the team score gap with the next three finishers, but Lillian O’Rourke, Putnam and Madelyn Poole finished strong for the Tritons to close out the undermanned Dolphins.