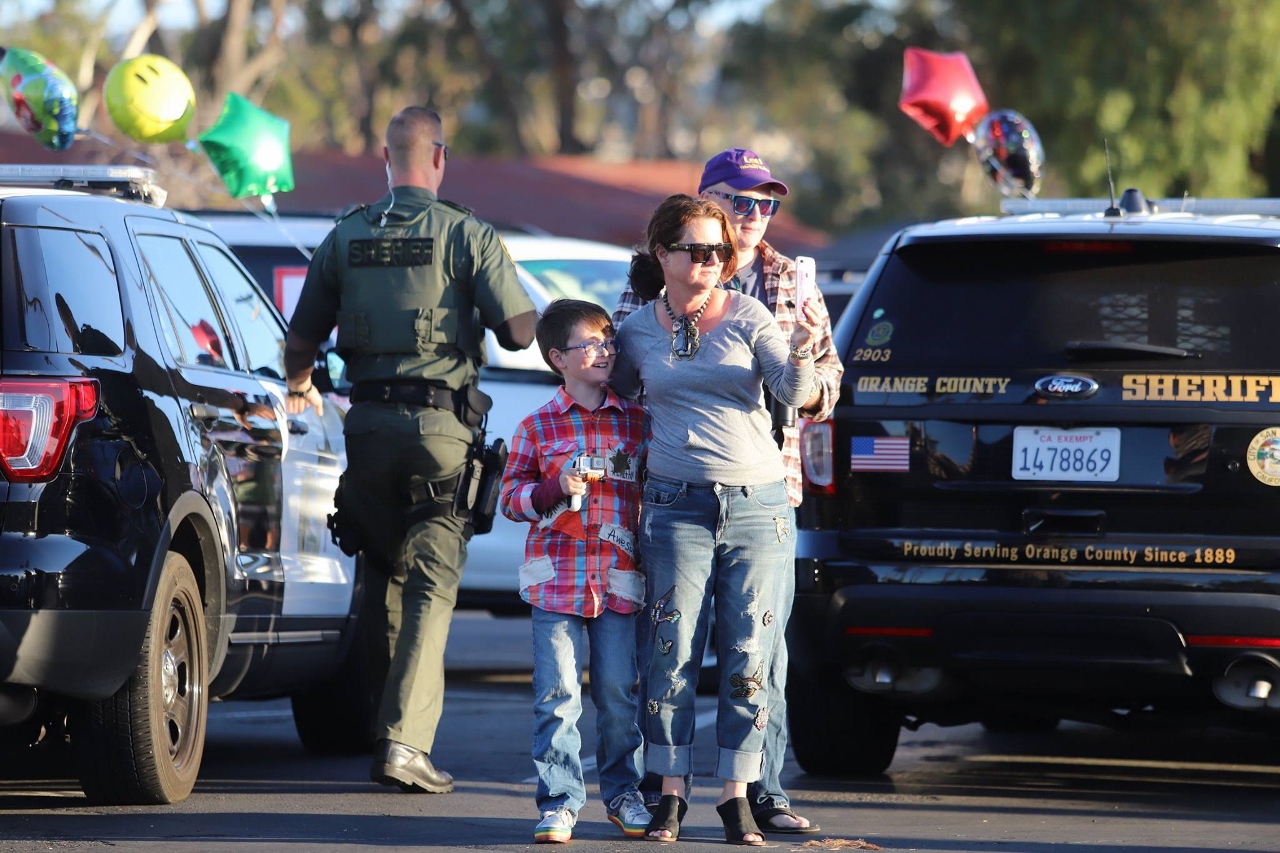 Chase Walters, 10, Receives Best Wishes as He Enters Next Round of Cancer Treatment

A full police escort along with dozens of supporters awaited fourth-grader Chase Walters on Feb. 5 as he prepared to go through another series of treatment for cancer.

Walters, 10, a student at Concordia Elementary School in San Clemente, has a type of leukemia that affects his central nervous system. He had been in remission for some time, but relapsed recently, said his mother, Tara Thole.

Officers from San Clemente Police Services were in attendance, as students from Concordia held up signs of support.

“He’s a super nice kid,” said Rob McKane, principal of Concordia Elementary School. “Everybody loves him. His mom loves to describe him as ‘sparkly,’ and he really is. It was great to see such a rally of support by the entire community for such a kind and deserving kid.”

On Feb. 6, the Walters family was on its way to the hospital to begin Chase’s next round of chemotherapy treatment.