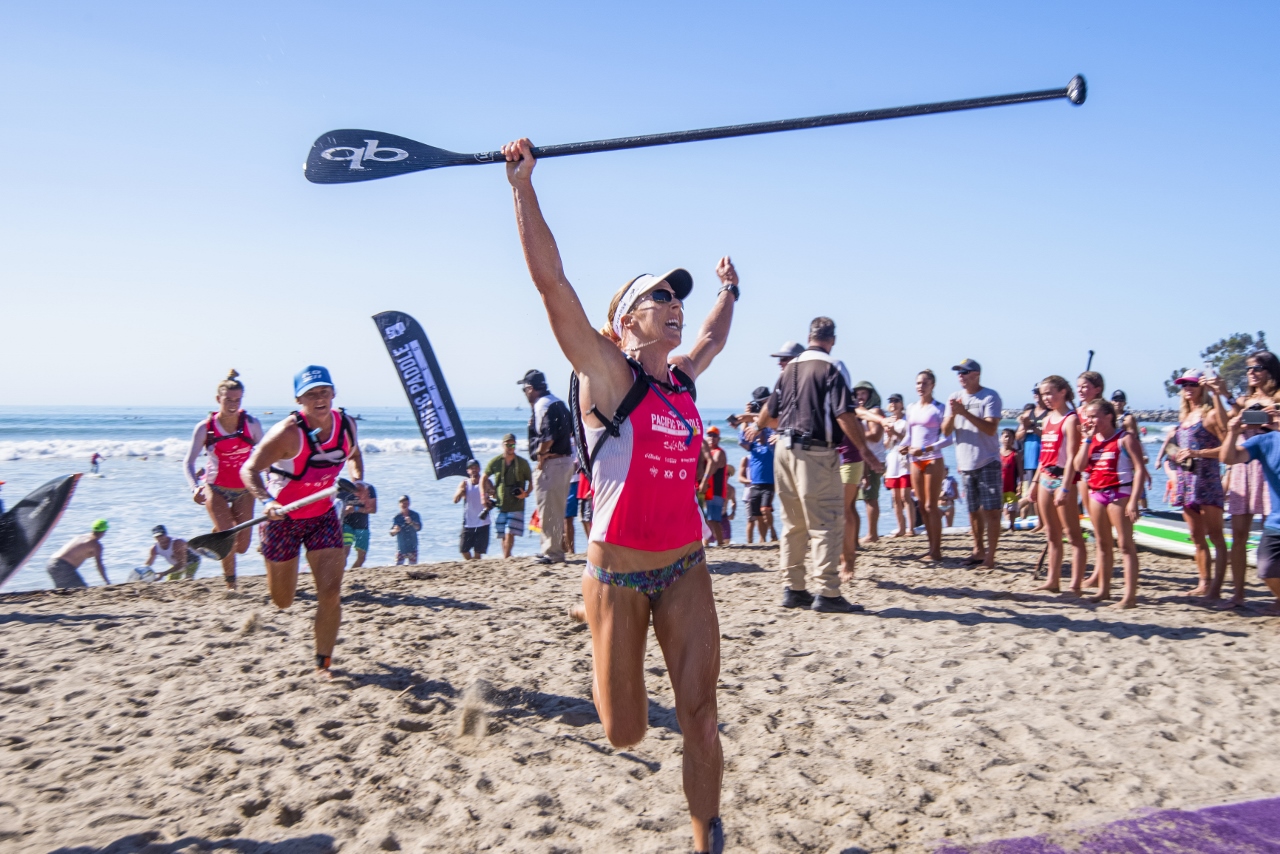 The Pacific Paddle Games are four days away and San Clemente’s Candice Appleby is sitting on the patio of a local café, buzzing with excitement at the prospects of competing. As she sits down for a quick breakfast of broccoli salad and scrambled eggs, she highlights the importance of the weekend on the professional stand-up paddleboard (SUP) calendar.

Appleby is the two-time defending champion at the Games, which will take place this weekend at Doheny State Beach in Dana Point. It’s the SUP season’s biggest event, with the deepest talent pool vying for the most prize money the SUP athletes will see all season.

As she contemplates her chances at a three-peat and reflects on her stellar career, she outlines how a younger, less experienced version of herself might not have enjoyed the buildup to such a big race.

The 32-year-old SUP legend is enjoying a career renaissance after several seasons spent battling injuries and personal issues, but is racing and competing with a new outlook on life that is paying dividends both in and out of the water.

Appleby’s internal drive to be the best in everything she does put her at the top of the ranks in stand-up paddleboard.

From 2008 to 2012, she won a combined 63 worldwide professional SUP surf and race titles. She was ranked as high as No. 1 in the world and was the face of the sport. Fans would look on from the sand as she hoisted one trophy after another and see a sparkling smile.

But as the wins piled up, that smile—which used to indicate pure bliss and exhilaration—became a mask for something else.

Throughout her 20’s the thrill of winning had vanished for Appleby. The relief of not losing a race had taken its place.

“It was this identity crisis of ‘If I’m not number one, what am I?,’” Appleby explained. “I was putting my complete identity in paddling to the point that I was so stressed out about the possibility of getting second (place) that when I won, all I felt was relief. I didn’t feel joy.”

Appleby’s situation came to a boiling point in the buildup to the 2012 Battle of the Paddle at Salt Creek Beach. She was going for her fifth consecutive elite women’s title and she was feeling the pressure. She was competing injured, relying on cortisone shots to her left hand to numb the pain of soft tissue damage. In the back of her mind she knew she needed surgery, but competed regardless.

She ended up getting knocked off her board in the decisive race, losing to her top rival, Annabel Anderson of New Zealand.

Out of the water, Appleby was in an abusive relationship which, coupled with the injuries and disappointment of mixed results, forced her to put the paddle aside.

“I was really able to do some soul searching,” Appleby said of that offseason.

Appleby has a devout Christian faith and found the peace she was looking for while listening to a sermon in church just a short time later. The sermon, Appleby explained, revolved around God’s acceptance of each individual.

“(The sermon) just spoke to my heart,” Appleby said. “I realized my identity was in what Christ says I am, not in a worldly victory of winning a race or losing a race. I can’t put my identity in something that can easily be taken away from me.”

Reinvigorated, and healthy, Appleby returned to racing. She no longer feared a second or third-place finish. She was able to paddle with a mind free of doubt.

She went on to win the women’s elite race at the 2014 Battle of the Paddle.

At the inaugural Pacific Paddle Games in 2015, Appleby was crowned the women’s champion. She defended her title in 2016 and could go for a rare three-peat this weekend.

She has 97 professional wins in both the SUP surf and racing disciplines in a career that has spanned nearly a decade. She has 12 “major” titles, won at the designated high-profile events like Pacific Paddle Games. She is the winningest female SUP racer in the history of the sport.

When asked if she enjoys competing, and winning, now more than she did in, say, 2010, Appleby didn’t hesitate with her answer.

“Definitely … The old me would have felt pressure. I would have felt like this is my race to lose,” Appleby said. “Now I compete from a position of victory. I’d love to be able to stand on top of the podium with the big check, but I know no matter where (God) puts me I’m going to be in acceptance of that … I can’t fail.”