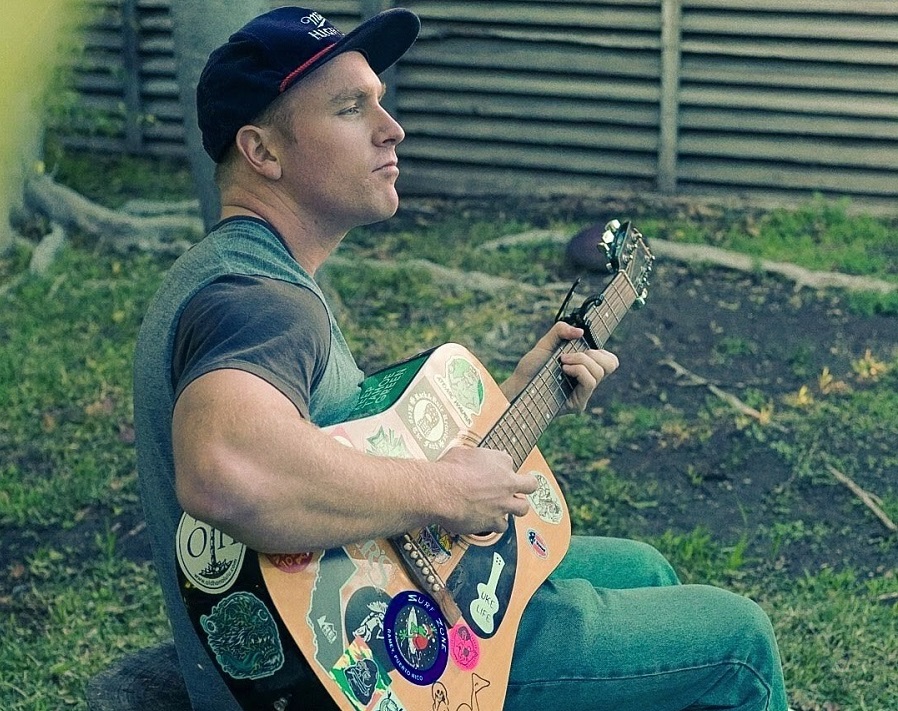 Chiller: Can We All Just Relax a Little Bit?

New music is underway from two local musicians who have joined talents to kick-start their upcoming debut EP, “Chiller Instinct.”

Ukulele player, singer and multi-instrumentalist Wes Chiller, along with producer and best friend Kyle Krone (The Shys, Wargirl, LA The Band), have already released the album’s first single, “Mo Nothin.” The collaborative duo has initiated a Kickstarter campaign to fund production and merchandise costs of their new project, with plans to roll out a second single (“Burnin Up”) next month. Check out their Kickstarter online.

Chiller, whose real last name is Miller, was only 17 when Krone, 25 at the time, recruited the San Clemente High School student to play ukulele and mandolin with his band, The Shys. Little did Chiller know, he was in for the ride of his life, playing on tour in his first sold-out shows.

The two have remained good friends ever since, and they continue to surf and make music together.

Chiller said this month he’s off to his best stride yet and is hyper-focused on writing music that has purpose: easy tunes that might motivate a kid to pick up a guitar and learn his songs. Chiller’s new EP will feature up to five songs that he describes as surf-meets-indie-rock, with influential undertones of low-fi, bedroom and slacker rock.

“It’s just music about my life . . . and I tend to lead a pretty interesting one of those,” Chiller said.

The UCLA grad, who studied ethno-musicology, was living in Los Angeles before he moved back to his home beach town, embracing its slower pace in order to focus on his music. Chiller also got a new job as a paramedic and firefighter for a small fire department in LA County, a position that he said requires a totally different frame of mind but lends its own kind of stress-relief inspiration to his music.

Krone’s band, The Shys, finished its last tour in 2009. Since then, the guitarist and songwriter has continued writing in the music business, for other artists and himself. He put out his second solo album, “Sea Level,” in February.

He wanted to help Chiller take his music to the next level.

“(Wes) sent me some music, and I really liked some of it. Then he came over to my studio in Dana Point,” Krone said. “He sang and played the ukelele, and I wrote a chorus for the song and played guitar. That was a few months ago.”

Chiller and another local singer-songwriter, Jolene Dixon, are the first musicians Krone will produce.

Krone, 35, spoke highly of his friend’s talent. “Wes is world-class, and from a really young age. I think he is widely considered one of the finest ukulele players, if not in the world, then on the West Coast,” he said. “He has good taste, and he’s really cool. He’s a fine guitar player. Then he’s really humble, as well.”

Raised in Capistrano Beach, Chiller was 5 years old when he started strumming on his uncle’s ukulele as the two coasted south on a drive to Mexico. “He taught me a chord, and I just played the rest of the trip,” Chiller said.

Now 27, his musical range has broadened to include the bass, guitar, mandolin, piano, some drums, harmonica, and he sings. His favorite artists are Mac DeMarco, singer-songwriters Kurt Vile and Australia’s Courtney Barnett. “I’ve also been getting into The Cult and ’80s power rock,” said Chiller.

When he’s not firefighting or making music, Chiller said he’s on a trip to new places, trying new foods, seeing new sites or surfing new spots. “I have a million different hobbies that I can’t keep up with,” he said. He is also a big proponent of craftsmanship and do-it-yourself etiquette; hence, his drive to retain creative control over his new EP.

He writes many of his songs at a makeshift studio at his house, a shed that he’s named, Blue Belly Studios. “We cranked out probably my best song ever, released from that shed,” said Chiller.

His latest song, “Mo Nothin,” is about inundation, and the barrage of information that is whirling around us in the world. To all of that, Chiller says, bring it on. But his music is also motivated to help people relax and forget their troubles for a little bit, or, as he put it, “stop and smell the freaking roses.”

The response from Chiller’s first single has been strong, Krone said. “People are really digging it. I think the scene can really use someone like him right now,” he said. “I really believe Wes has what it takes. He has a lot of energy behind him. He definitely has got the skill, and he has that rock-star charm.”

The duo co-wrote a new single called “Burnin Up,” which they describe as “so fun and impossibly catchy” and is planned for release sometime in June.

Wes Chiller will play a show with other local musicians on June 13 at the Locker Room in Garden Grove. To learn more, visit weschiller.com and kylekrone.info.