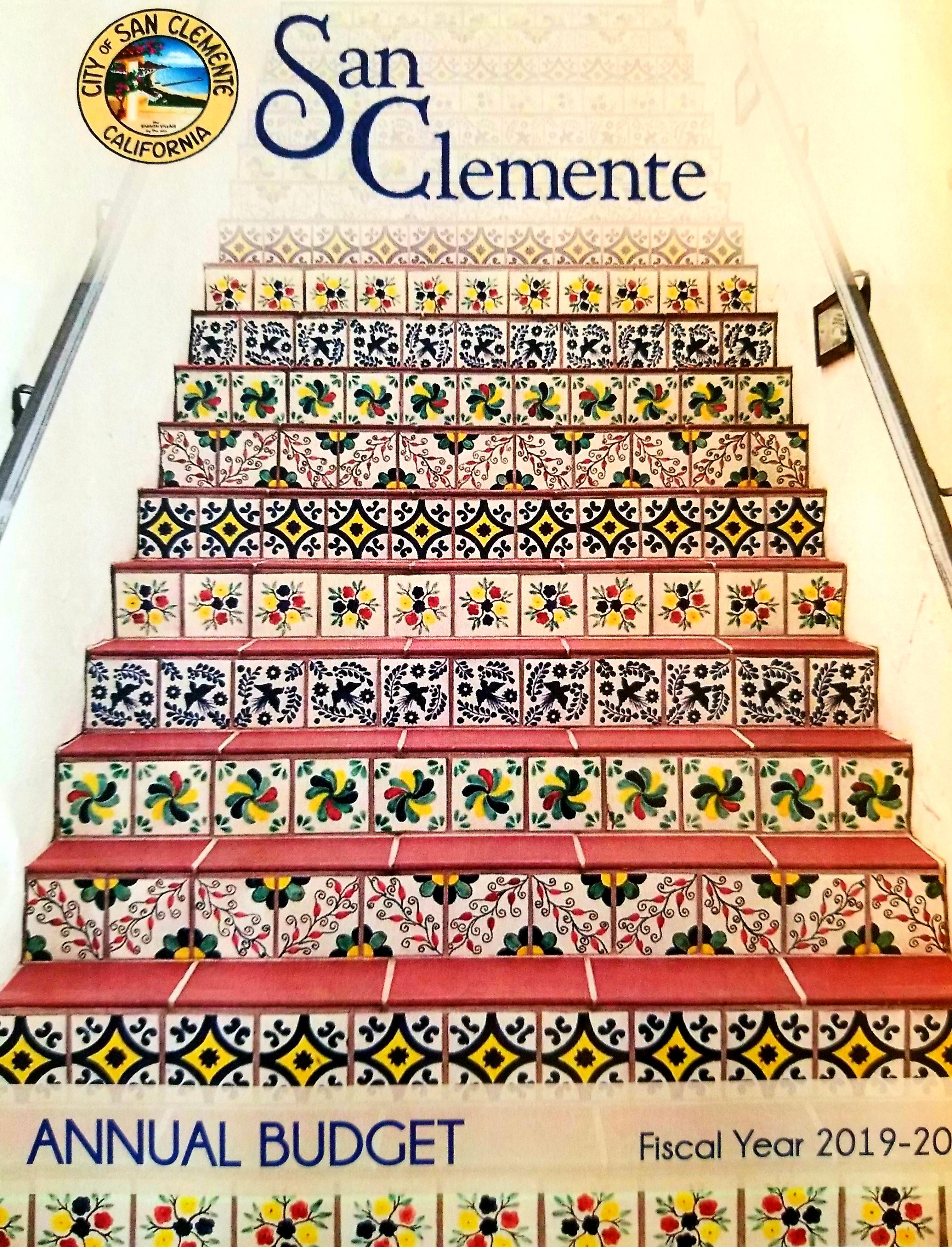 San Clemente City Council voted unanimously on Tuesday, June 4, to adopt the city’s budget for the Fiscal Year 2019-20. The city also approved a supplemental appropriation for the current fiscal year (2018-19) in the amount of $60,000 related to implementing the urgency ordinance (No. 1673) that prohibits camping on public property.

According to the city’s budget report, the total fiscal year 2019‐20 budget for all funds, including fund balances, amounts to $252.9 million. Revenues total $139.4 million and expenditures total $144.9 million, respectively. The city’s general fund, which is the main operating fund, has budgeted revenues of $67.6 million and budgeted expenditures of $71.0 million. This budget reduces unassigned fund balance to $3.4 million, as a result of funding reserves, capital activities and one‐time costs, the report said. The general fund operating position is approximately $400,000 once one‐time revenues and costs are excluded, according to the report.

At Tuesday’s meeting, city staff gave a report to council following a budget workshop and hearing the city held on May 22. As result, the city reported that it increased funding for the Downtown Business Association (DBA) to a total of $34,000, with funding made available by reducing the “Council Contingency” from $52,000 to $50,000. Direction was also given to staff to include a “City Council Decision Package,” which added a savings of $60,000 to the city’s general fund. For public safety and police, the city decided to add one full-time Crime Prevention Specialist at a cost of $76,000. The city reported that the cost was offset by the package savings of $60,000, removing one “Sand Pushing Budget Enhancement ($14,000) and by using the Council Contingency ($2,000). Overall, there was no net effect on the general fund, city staff said.

Assistant City Manager Erik Sund reviewed the current contract the city has with the Orange County Sheriff’s Department, which costs $16.1 million of the total police services budget of $17.9 million. The city said it has budgeted for anticipated cost increases to the OCSD contract over the fiscal year.

Sund noted that the city added two deputies in last year’s contract, and this year the crime prevention specialist will be added. The city’s budget for Fire and Ambulance Services has a combined total of $10.7 million, and its contract with the Orange County Fire Authority is $9.3 million. Sund reported no service level changes, but expected costs for the phasing in of a fourth firefighter for Station 50 to begin in the fiscal year 2019-20, as part of an eight-year plan. The city’s contract with CARE Ambulance Services is $1.3 million, which provides two full-time ambulances.

In addition to the two patrol deputies for fiscal year 2019-20, the city will also add one patrol vehicle. The first deputy, Sund said, would be funded by three different “pots of money,” including $120,000 from a Community Services Officer position, $120,000 from police overtime funds and $127,000 in city grant funds. The second deputy, he said, would be funded through a partial paydown of the Public Safety pension liability fund.

“There’s one string attached to that,” said Sund, and that is the city plans to sell its Vista Hermosa La Pata property, which would reportedly free up around $300,000 annually for the city to pay for a second deputy. For both fiscal years 2020-21 and 2021-22, the city plans to fund one additional officer each year through Transient Occupant Tax (TOT) revenue.

As far as cuts to fund those deputies, Sund said, “I wouldn’t want to cut positions until I knew there was no more fat to be cut. . . . I think these solutions that I am presenting to you tonight, I think achieve your goal. We’ve heard two deputies is a good start . . . and two more deputies over the next two fiscal years, with minimal impact to the city’s services for both the staff and the community. It’s hard in this society to come up with a win-win for everyone. I think this is as close as we can get to win-win that deals with public safety as well as maintaining city services.” One reduction included a takeaway of $50,000 to the city’s park maintenance.

On the additions, Police Chief Lt. Edward Manhart told the San Clemente Times, “We are very happy that we are moving in the right direction. The additional staff will be great for the city and the community.”

Councilmember Laura Ferguson said she’s also pleased about adding two deputies. “This ask of mine reflected what the community wants and deserves. I stated at the budget workshop I was not going to approve this budget if we did not add deputies to protect our town.”

However, Ferguson said there is more work to be done. “It’s important that we look at the long-term . . . we’re going to be in the same debacle next year when we want to add two more deputies. At that point, it will be critical that we seek a 5% to 10% cut in every department,” Ferguson said. “It can be done, and we can look at outsourcing some services . . . now that we are built-out as a city and do not need to be full-service departments anymore. Public safety should always be a No. 1 priority. We are the busiest city, with the highest number of calls for police service, and have had the least number of deputies compared to other communities OCSD serves in South Orange County. It’s about time that begins to change.”

The city’s police services contract is effective July 1. After the council adopts the budget, Sund said city staff will work on finalizing the Sheriff’s Department contract and bring it back to council at the next meeting on June 18.