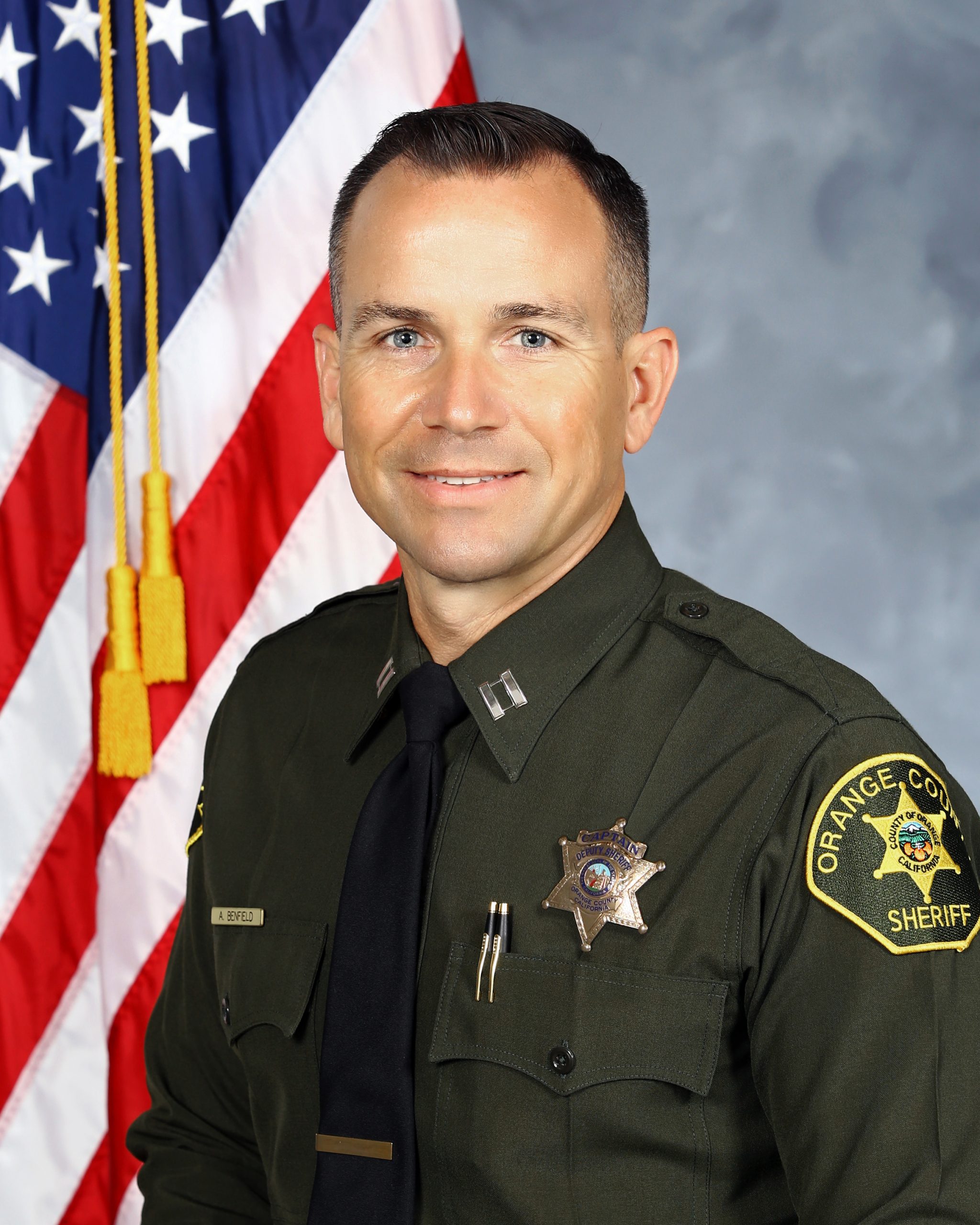 A new police chief has been appointed to the city of San Clemente.

Capt. Tony Benfield, a 24-year veteran with the Orange County Sheriff’s Department, has been named as the city’s new chief of police services effective Friday, July 16, the city announced.

“Captain Benfield comes to San Clemente with a broad background in investigations and patrol operations,” OCSD said in a press release from the city. “He is looking forward to getting to know the community, and prioritizing community and Council needs.”

Prior to his appointment in San Clemente, where he’ll take over for Capt. Edward Manhart as the outgoing chief, Benfield served as the police chief for OCSD’s South Patrol, which comprises the unincorporated areas of Coto De Caza, Ladera Ranch and Rancho Mission Viejo.

Benfield, who was born and raised in Northern California, has been with the department since 1997. He is also married and has two teenage children.

“We are pleased to welcome Captain Benfield to our community,” Mayor Kathy Ward said in the announcement. “His experience and positive leadership will be a good fit for San Clemente.”

Ward also thanked Manhart for his tenure as chief in San Clemente, which began in March 2019 when he was picked to replace Lt. Mike Peters.

“We want to extend a huge thank you to Captain Manhart for serving as the City’s Chief of Police Services for more than two years, and congratulate him on his exciting new role,” Ward said in the announcement.

According to OCSD spokesperson Carrie Braun, Manhart will be overseeing the department’s Air Support Bureau.

Benfield will be formally introduced to the city council at its next meeting on July 20.