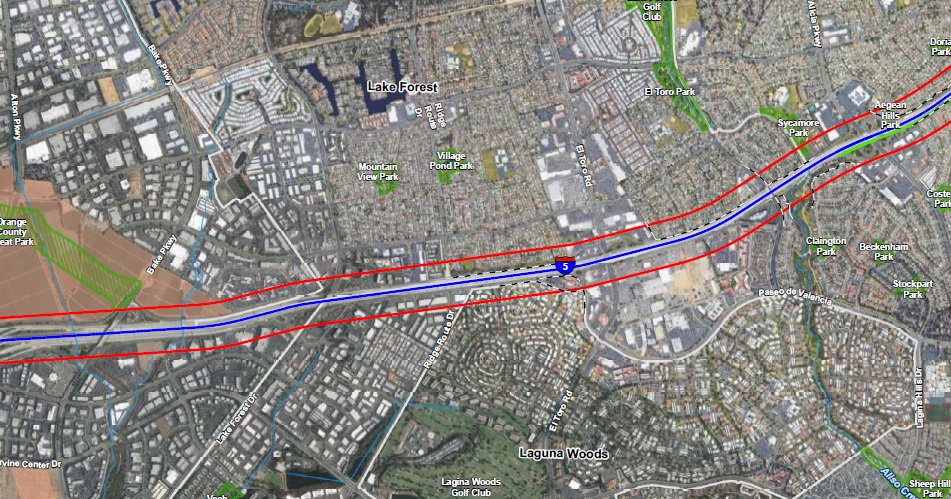 Article updated at 12:45 p.m. on July 26 to add the city of San Clemente’s official letter and OCTA draft comments

At the Tuesday City Council meeting, City Attorney Scott Smith outlined the areas of interest and what the city will challenge in a draft document recently made public by the Transportation Corridor Agencies (TCA), the organization proposing to build toll roads through San Clemente.

A project study report and project development report (PSR and PSD, respectively) were released a few weeks ago by the TCA, which said the document is intended to give people an insight to the projects it is exploring. From those documents, the TCA officials said they could whittle down project ideas.

The city of San Clemente was quick to criticize the report, saying that it is telling of the agencies’ objectives.

“The TCA and Caltrans have released the preliminary draft of the scoping document for the intended toll road,” Smith said.

“There are several alternatives that TCA lacks the authority to implement, and the arguing point is that TCA by statute is charged with South County toll corridors,” Smith said, adding that the city’s first comment to the document is that the TCA has no power to write the document.

“TCA and Caltrans have not paid attention to the extensive needs-and-transportation studies the city has formulated,” Smith said, referring to the IBI Group study the city released in March. Smith added that agencies are required to take all studies provided to them under consideration, though the public comment period has not yet started on the draft documents.

A few of the proposals, including Ideas 14, 17 and 21, suggest the taking of land in order to fulfill the projects’ needs. There are other documents that the TCA has published that entertain the process of eminent domain.

Idea 14 is proposed to be constructed straight through San Clemente to Avenida Pico; Idea 17 would run right along I-5 across the front of the Outlets at San Clemente and down south of that; Idea 21 would extend Los Patrones Parkway, which is being constructed as an arterial road, to La Pata and would also add lanes on I-5.

“The document has flawed project objectives…to rationalize an unnecessary project,” Smith said. “They talk about peak service and there are several objectives that are artificial and rationalized…what they already intend to do. The document hides (information on) right-of-way takings.”

Councilmember Kathy Ward said the city has asked the TCA to table the study until it can establish without question what rights it has to construct the toll roads through San Clemente. The city is already in litigation with the TCA regarding its protective agreement settled with the Save San Onofre Coalition as well as a lawsuit related to public records.

“What we’re doing on the legal front is quite a lot, and we’ve gotten pretty far since November 2016,” Ward said.

Mark McGuire, a San Clemente resident who has been working with groups such as the Coalition to Save San Clemente, which opposes the toll road construction, said the studies actually show that the toll roads would be unnecessary.

“Even assuming the accuracy of the TCA’s own projections, the project study report shows there is absolutely no need for an extension of the 241 to I-5,” McGuire told the San Clemente Times on July 25. “Their own projections say that in 2050, during the busiest hours of traffic, at most only two cars would divert off I-5 and go inland on the 241 every 14 seconds. That’s under nine (vehicles) per minute. No agency has ever spent a $1.3 billion and destroyed an established community to build a massive road to carry a tiny trickle of traffic. So the idea of extending the 241 to I-5 is dead on arrival.”

The TCA estimates the study will be ready sometime in mid-2019 for public comment during the required draft environmental impact report (DEIR) phase under the California Environmental Quality Act (CEQA). The next joint board meeting of the TCA is at 9:30 a.m. on Thursday, Aug. 9, at its headquarters in Irvine, 125 Pacifica.