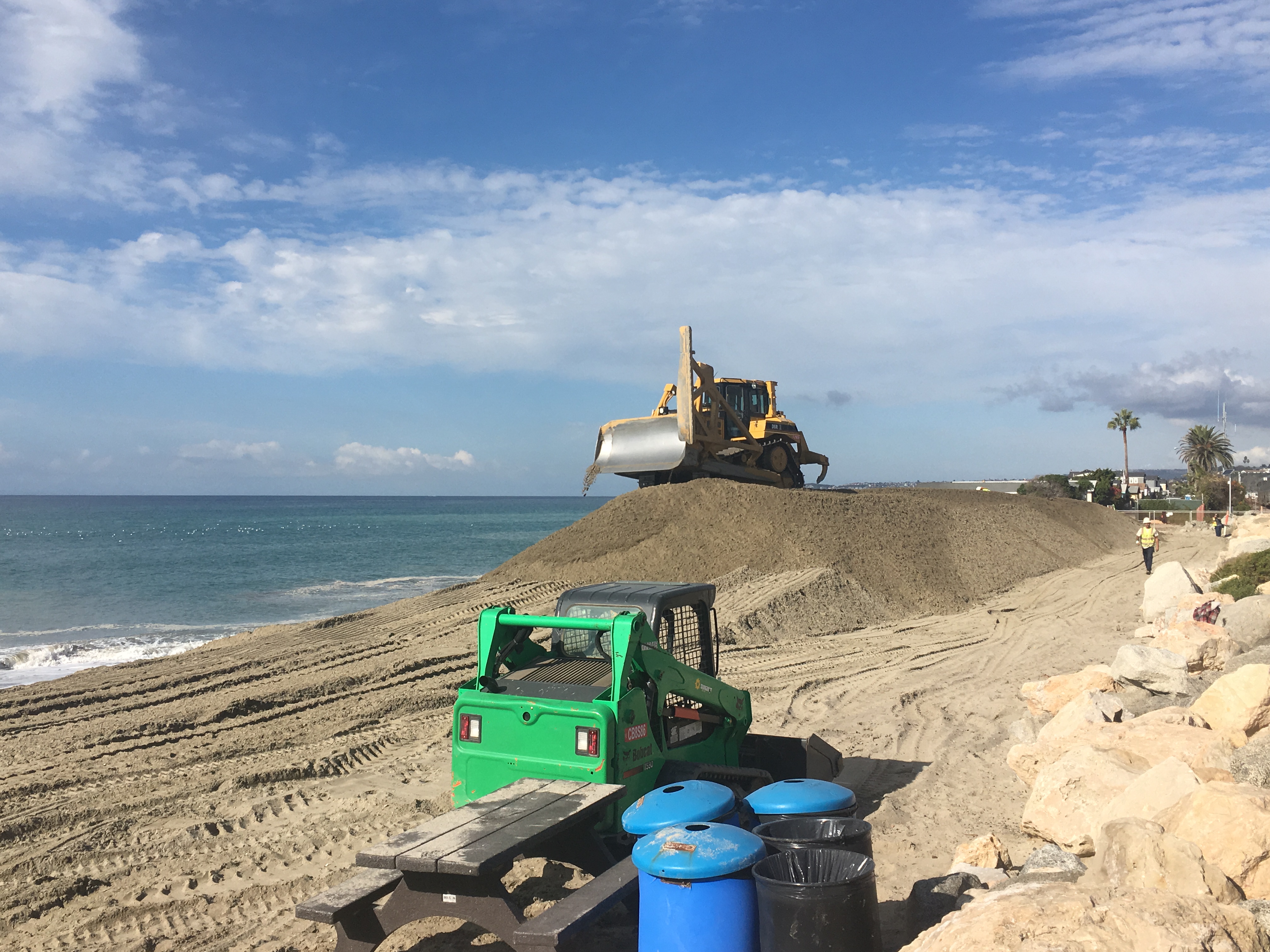 The city of San Clemente recently completed a $626,000 project to bring in more than 12,000 cubic yards of new sand to North Beach.

The sand was brought in from the lower Santa Ana River dredging project in order to cover the exposed cobblestones and other impediments to the local coastal area.

“We’re still monitoring the surfing conditions for another two months, but we’ve demobilized, and they’ve (arranged) the sand for the winter,” said Aeryn Donnelly-Terrey, the parks planner for the city. “After the winter storm season, the city crews will go out and level the sand to increase the width of the beach by about 40 feet.”

The city has a coastal development permit to receive up to another 200,000 cubic yards of sand over the next two years, and officials have been working with the U.S. Army Corps of Engineers to do so.

Donnelley-Terrey said in the event the sand is swept into the ocean from North Beach, the city is confident the sand will move to the southern beaches of T-Street and Linda Lane, so it will be retained within the city’s coastline.

“There was a project in 2005 that the public was not happy with, (particularly with) the amount of rocks brought in with the sand, so we made extra efforts to have the county contractor set up excavators before it was brought to San Clemente,” Donnelley-Terry said, adding Moffat & Nichol coastal engineers were also at the site to ensure there were minimal rocks in the sand.

Lifeguards also did sediment sampling and tested the turbidity (clearness) of the sea water and are studying the sand in order to protect the sea environment, Donnelly-Terrey said.

The area where sand replenishment was taking place at North Beach is now open for public use. A report will be presented to City Council in the near future.