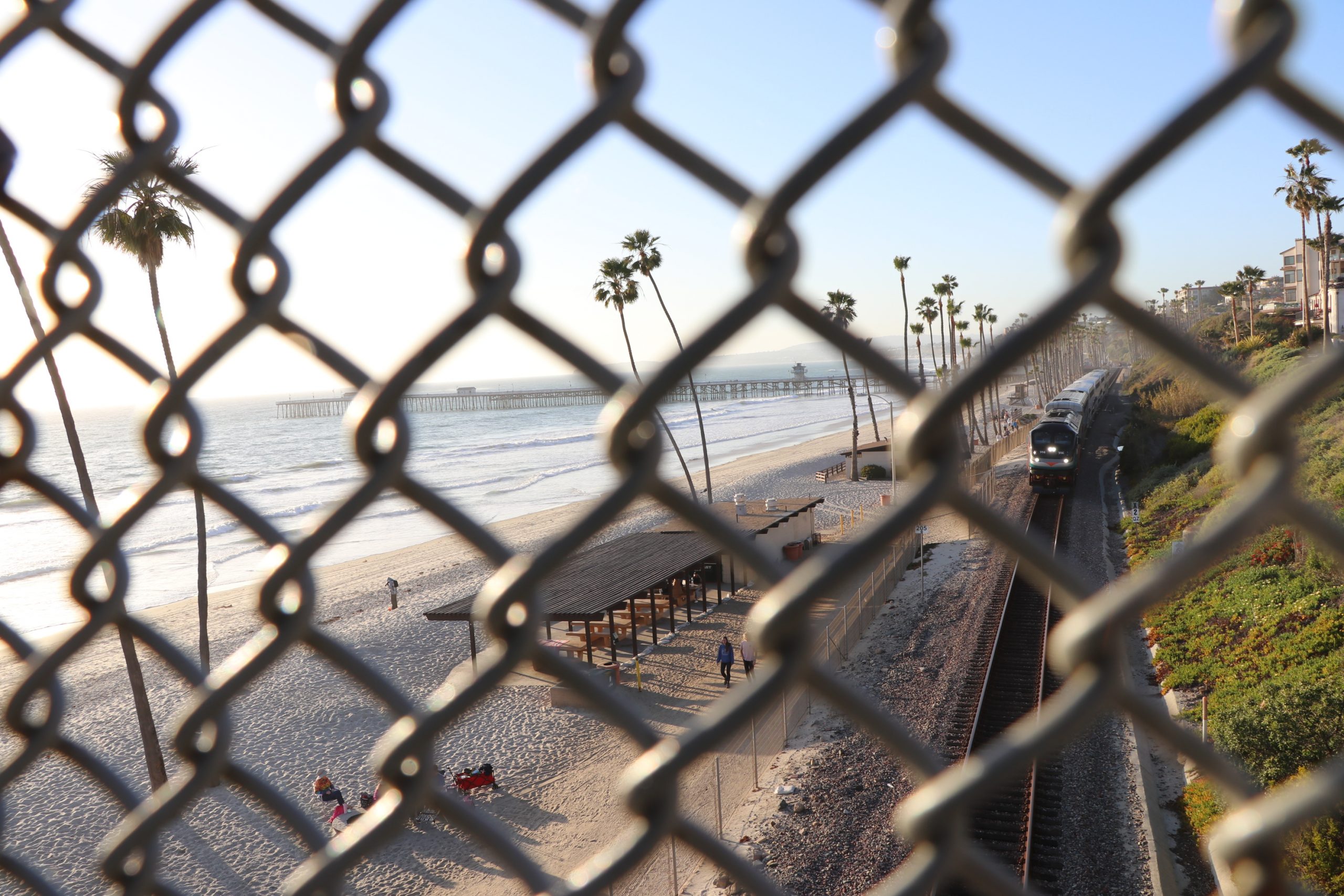 Editor’s Note: This story has been updated from the originally published version on March 11 to reflect President Biden’s enactment of the appropriations bill.

The Army Corps of Engineers will soon receive $9.3 million in federal funding that will help the City of San Clemente address the ever-present issue of sand erosion and coastal decline.

San Clemente’s Sand Replenishment Project for shoreline protection was among others within the state’s 49th Congressional District that will receive funding following President Joe Biden’s signing of a $1.5 trillion omnibus appropriations bill on Tuesday afternoon, March 15.

The bill first passed the U.S. House of Representatives on March 9, before heading to the Senate, where it passed the act late Thursday, March 10, in a 68-31 vote. H.R. 2471, the Consolidated Appropriations Act, 2022, provides Ukraine with $13.6 billion in emergency aid as the country battles a Russian invasion.

Rep. Mike Levin’s office last week touted the congressman’s efforts to secure more than $21 million in the legislation to fund projects in both Orange and San Diego counties, including $9.3 million for the sand replenishment initiative.

“My number one focus is delivering results on our local priorities, and I am thrilled that this bipartisan funding legislation will soon be on the way to President Biden’s desk with key investments to address some of the biggest challenges facing our region,”Levin said in a press release on March 9.

In addition to the Sand Replenishment Project, the bill is slated to give $27.5 million to the Department of Energy to address nuclear waste disposal, $2.4 million to the South Coast Water District’s Doheny Ocean Desalination Project, and $1.87 million to Dana Point for the Doheny Village Connectivity Improvement Project, which will add bike lanes, beautification elements and other enhancements to the area.

Anticipating Biden’s signature on the bill, Levin in his release said he looked forward to “watching these investments deliver tangible results in our communities and around the world over the coming months and years.”

The bill’s passage comes weeks after the Army Corps chose not to allocate funding from the Infrastructure Investment and Jobs Act toward shoreline protection in San Clemente.

The project, which needs about $14 million to get off the ground, would place nearly 251,000 cubic yards of sand on the beach from Linda Lane to T-Street, thus widening the beach 50 feet.

Following the Army Corps’ announcement in late January, Levin and San Clemente Mayor Pro Tem Chris Duncan, both of whom have been proponents of the project, had expressed optimism and remained confident that it would be aided by the federal spending bills.

While unable to speak in finality, Duncan commended Levin’s work, and said the passage was a major step, 20 years in the making, in protecting the city’s coastline. The project could start as soon as 2023.

“We see the fruition of all of the effort of people over that 20 years … coming with this project,” Duncan told San Clemente Times on March 10. “It’s the largest sand replenishment project that we’ve had in the area, and it’s going to make a visible difference in the beaches when the project is actually completed.”

As the city has been waiting to first secure the federal funding, it can now move forward in the process of gaining the state backing, according to Duncan. He also reasoned that it should be less strenuous to obtain the funds necessary to replenish the sand every six years.

“We would hope that since the initial investment was made, that the lesser investments to fully effectuate the whole project, which will take place over many, many years, we would hope that would be an easier process than this initial step,” Duncan said.

The grant was one of seven that was approved by the commission as part of the seventh round of the Local Coastal Program.

San Clemente City Council approved the city’s application in December 2021. The project aims to reestablish an annual shoreline monitoring program consisting of fall and spring surveys to document the beaches’ conditions, a feasibility study focused on opportunity to develop nature-based projects, and prepare an LCP Amendment to incorporate the findings and recommendations from the two other goals.

All of these steps would push San Clemente toward joining the list of California cities with a fully certified LCP.

The grant is also meant to support sustainable development, public health, and environmental justice as the city looks to protect the shoreline.

Commission staff recommended funding the project, as it “will build off the work of past sea-level rise planning,” according to environmental scientist Kelsey Ducklow.