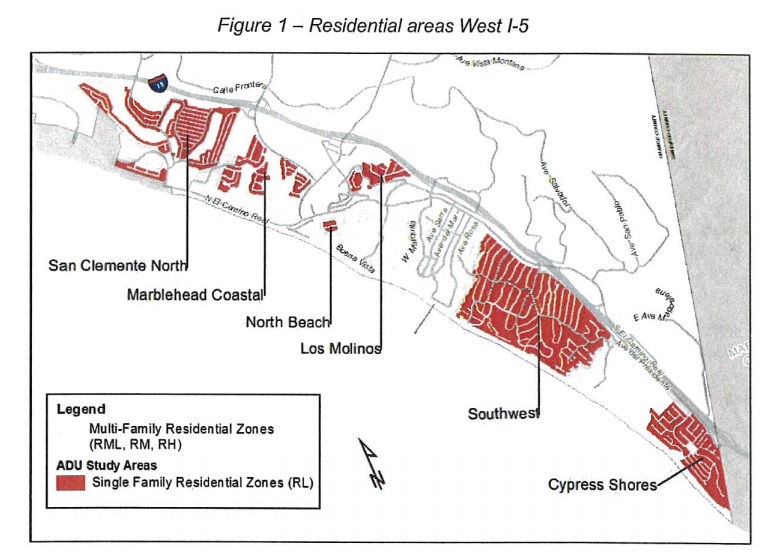 In order to comply with new state statutes, the San Clemente City Council voted to direct staff to work on three different laws that would allow for accessory dwelling units as well as junior dwelling units (extra rooms in homes). The laws will come before the Planning Commission before being reintroduced to City Council at a later meeting.

The city’s laws were a bit more prohibitive in that they did not allow for accessory dwellings if it increased the density of the lots past a certain point.

The bills, AB 2299 and 2406 as well as SB 1069, all affect the housing laws in some way. They were created in order to address serious housing concerns in California, which studies have shown is dwindling in major metropolitan areas as populations continue to increase.

The accessory dwelling units law will also come with a traffic study, which the city will pay $10,000 for, in order to see which areas would be able to accommodate the units and what impacts it could have on parking. The areas of the study are primarily west of Interstate 5, where narrow streets and multifamily units are prevalent.

Click here to read the full documents of the new laws.

Article updated at 1:49 p.m. on Thursday to reflect the City Council’s direction of the laws to the Planning Commission.