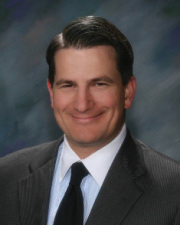 In the past two editions of the San Clemente Times, full-page ads have been taken out in criticism of some key decisions of the city of San Clemente. Of course, because these ads do not disclose the persons who authored them or paid for them, they are filled with dubious figures, mischaracterizations and unfair attacks. These ads are funded by “political associations” that can receive contributions from any source and spend funds to influence local elections without disclosing the donors’ identities.

It is a bit of a mess to untangle, but the ads contain a broad range of complaints, many of which happened under prior City Councils and city managers. For example, the actions giving rise to the beach parking-fee lawsuit occurred decades ago—the ads oddly hold this Council accountable for these past actions. I feel strongly that as the outgoing mayor and member of the City Council that it is my duty to provide correct information and set the record straight for our residents.

In an increasingly tone-deaf fashion, the ads strongly condemn several City Council decisions that were made in response to overwhelming public support and were passed with unanimous Council votes. And—the best part is—each decision was successfully upheld or resolved on terms that benefited the city.
Here are the specifics on how the city is alleged to have “squandered” public dollars:

The city successfully defended a lawsuit seeking to eliminate all zoning restrictions on homeless shelters. The city’s 2014 ordinance was set aside because it effectively banned all shelters, but the 2017 ordinance (built on strong community consensus) was upheld, and the locations and size of the permitted shelters were dramatically reduced from what the plaintiffs and outside homeless advocates originally sought.

The City successfully defended attacks on its new sober living home and short-term rental ordinances. As a result, the number of unlicensed sober living homes was reduced from well over 80 to less than 25—and the homes that are left must operate under strict local regulations. Addicts seeking housing and quality treatment are the chief beneficiaries of these policies and the city’s defense of them. Another beachfront community, not far from us, failed to adopt and defend a similar ordinance and is now estimated to host almost 300 such homes. Beach and other rental homes are not permitted and encouraged only in tourist-oriented zones subject to occupancy and density caps. This is one of the few such systems approved by the California Coastal Commission—and San Clemente residents have benefited tremendously from its passage.

The city is fighting to retain its hospital zone. This zoning, as with similar zoning in other communities, is designed to ensure that the city retains a critical mass of land for the key medical and emergency interest identified in its new General Plan. The Council believes this is a decision worth defending.

The city doesn’t release private records to anyone. The city is required to produce public records under the California Public Records Act. On the other hand, it regularly answers requests and lawsuits seeking to discover private information (including medical and marital records), client lists and professional work products. The city will continue to protect the necessary private information as is necessary—while ensuring the public has complete access to all requested information.

The fight against the Toll Road isn’t a waste; it is a necessary battle to protect the city we love. The city’s largest legal commitment is the fight against the ill-conceived and unwarranted toll road from being built through the middle of our town. The Council has been uncompromising in its “David versus Goliath” posture against this threat, and we will not back down. TCA threw millions into its fight against environmental groups during the last go-round, and I expect the city will see no less this time.

Many of the other allegations in the ads are simply too baseless and far-fetched to address. Much of their language mimics correspondence sent to the city by adverse parties in the lawsuits mentioned above. The nature of the attacks and the tone leads me to believe that whoever is backing these ads is seeking favorable political outcomes from San Clemente for their own purposes. Who directly benefits from the city dropping the hospital lawsuit? Who benefits from the city giving up its fight on the toll road? Who benefits from the city eliminating its sober living home ordinances?

This is why I will continue to stand by our community’s convictions and the city of San Clemente. We have much at stake, and we need a Council that will be committed to our best interests. I would be happy to meet with any resident who wishes to know more about these disputes and how they have been favorably resolved when the city has had vision and fought hard to defend its interests.

Tim Brown is the mayor of San Clemente and has served on City Council since 2010.