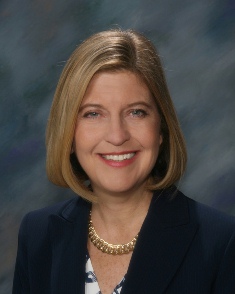 Summer 2016 has been spectacular for the San Clemente Pier. Many residents have remarked on how fantastic the July 4 fireworks were, hosted from our own iconic Pier and viewed up and down the beaches of south Orange County. The Pier was a star in Ocean Fest’s 40th anniversary and did us proud. If you missed the videos on Facebook, record numbers of junior lifeguards have taken the plunge off the Pier as part of their credential training this summer. And those are just three examples of how important the Pier is to our unique San Clemente quality of life.
A new nonprofit foundation has formed to protect and celebrate the Pier. PierPride is a non-profit organization formed in partnership with Friends of San Clemente and the City of San Clemente. PierPride’s mission is to fundraise to fill the gaps between city funds and Pier needs to restore the Pier to the best version of its historic self. This is no small task. Our Pier hosts over 2 million visitors a year. Ocean weather conditions can be a challenge to a wooden Pier, even without an El Nino event. And, as the home of Tower 0, the Pier fulfills a critical marine safety function.
The San Clemente Pier has been a part of our identity since 1928. It was part of the original San Clemente master plan and for almost 100 years has been the place to fish (yellowtail, sea bass, halibut), catch a sunset and spot some very fine surf activity. Pier Pride was formed based on the insight that, to a person, San Clemente residents have emotional or personal stories of something wonderful that happened at the Pier. The Pier is part of our lives and deserves to be its best possible self.
One of my favorite stories concerns a Marine family. Their soldier figured out that San Clemente’s ocean-camera panned the Pier at specific times. When based in Afghanistan, he asked his wife and kids to stand on the Pier, and they would wave and throw kisses to him at a designated time so he could experience a taste of home from across the world. What an important connection.
Just to maintain the Pier structure is a $450,000 annual undertaking for the city. The discontinuance of California redevelopment funds in 2012, a key funding mechanism for the Pier, makes money scarce, and competing demands on the city budget make it difficult to find money beyond the basics. Most maintenance efforts concern the structural integrity of the Pier, such as the new planking at the base installed this year, or recent piling upgrades.
This is where PierPride comes in. The foundation’s immediate wish list includes improvements that enhance the Pier experience: more frequent coats of paint, new interpretive signs, new bait tables, vandal-proof trash cans, improved water fountains, bicycle racks, solutions to bird waste,  and if the funds can be had, a Pier bathroom upgrade. These are improvements that can’t be accommodated in the city budget but would be highly valued and appreciated.
PierPride’s long-term goal is to set up a reserve fund that ensures our Pier is protected no matter what circumstances. Building an even greater sense of pride in our Pier among residents is the definition of success.

We’ll be hearing more about PierPride going forward. If you’d like to get involved, share a story, or identify a Pier improvement, www.Pierpride.org is the place to go. There’s never been a better time to show our Pier pride.
And as always, if you’d like to get in touch, please email me at donchakl@san-clemente.org.

Lori Donchak was re-elected to City Council in 2014 and is the Chairwoman of the Orange County Board of Directors. Donchak is also the city’s liaison to San Clemente’s Orange County Library.

Letter to the Editor: Climate Report

Letter to the Editor: ‘Shell-Shocked’