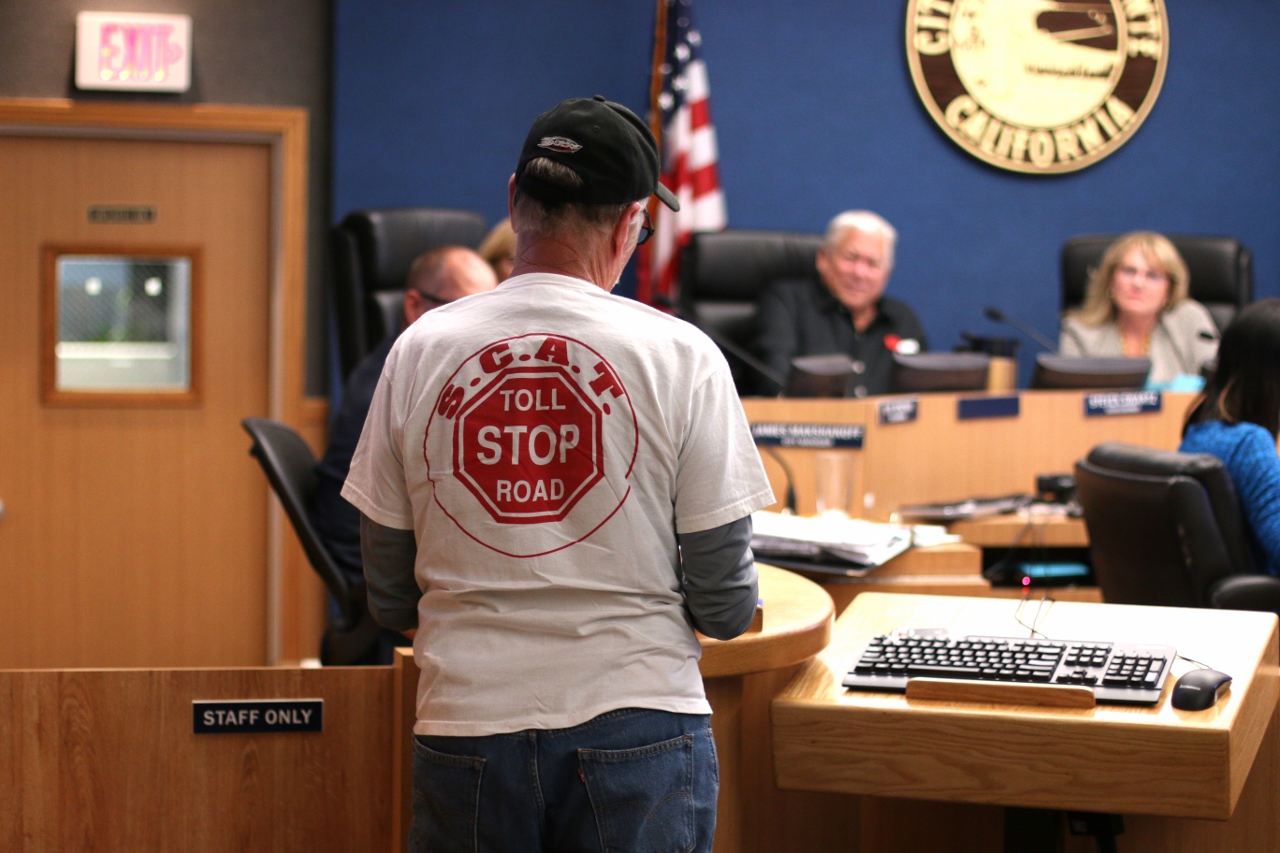 Visual simulations of what the toll roads proposed through San Clemente could look like have been bandied about social media for months. Now, the San Clemente City Council is looking to provide visual aids of the possible roads, but they stopped short of approving a $27,500 contract to have them illustrated.

Council members said they would like to wait for more information to be presented on the toll roads before moving forward.

At this time, nothing has been set in stone. The Transportation Corridor Agencies (TCA), which administers and proposes the toll roads, has just started its beginning phases of environmental studies.

During the meeting, Council member Lori Donchack said although they don’t know what alternative will be picked, she said the roads could have different off-ramps to arterial streets. For example, the proposed alignment that cuts through the city and winds to Pico could have outlets to each street it flies over, if that’s the choice.

The amount it would cost to provide three visual simulations for each of the 18 proposals is just too much at this time, Council members said.

During the TCA board of directors meeting on May 12, the agency released a document that stated the staff of the agency is trying to combat any misinformation regarding the proposals.

On Thursday, the TCA responded to the city’s consideration of the visuals.

“The City of San Clemente prematurely opposed many of the of the public’s traffic relief solution ideas before formal study has even begun,” said Ed Sachs, the chairman of the Foothill/Eastern Transportation Corridor Agencies. “Now in a peculiar move, the San Clemente City Council is hastily considering spending taxpayer money on consultants for developing concepts that haven’t even been designed yet. South Orange County residents should be suspect of the San Clemente Council’s motives and lack of objectivity in their proposed make-believe visuals.”

The council decided not to take action on the item and to wait for more information to present itself. The next public forum meeting is scheduled for 5:30 p.m. on June 5 at Saddleback College, located at 28000 Marguerite Parkway in Mission Viejo. The forum will be live-streamed starting at 5:45 p.m. at www.getmovingoc.com.

This article has been updated to include comments submitted by the Transportation Corridor Agencies at 5:24 p.m. on May 18.