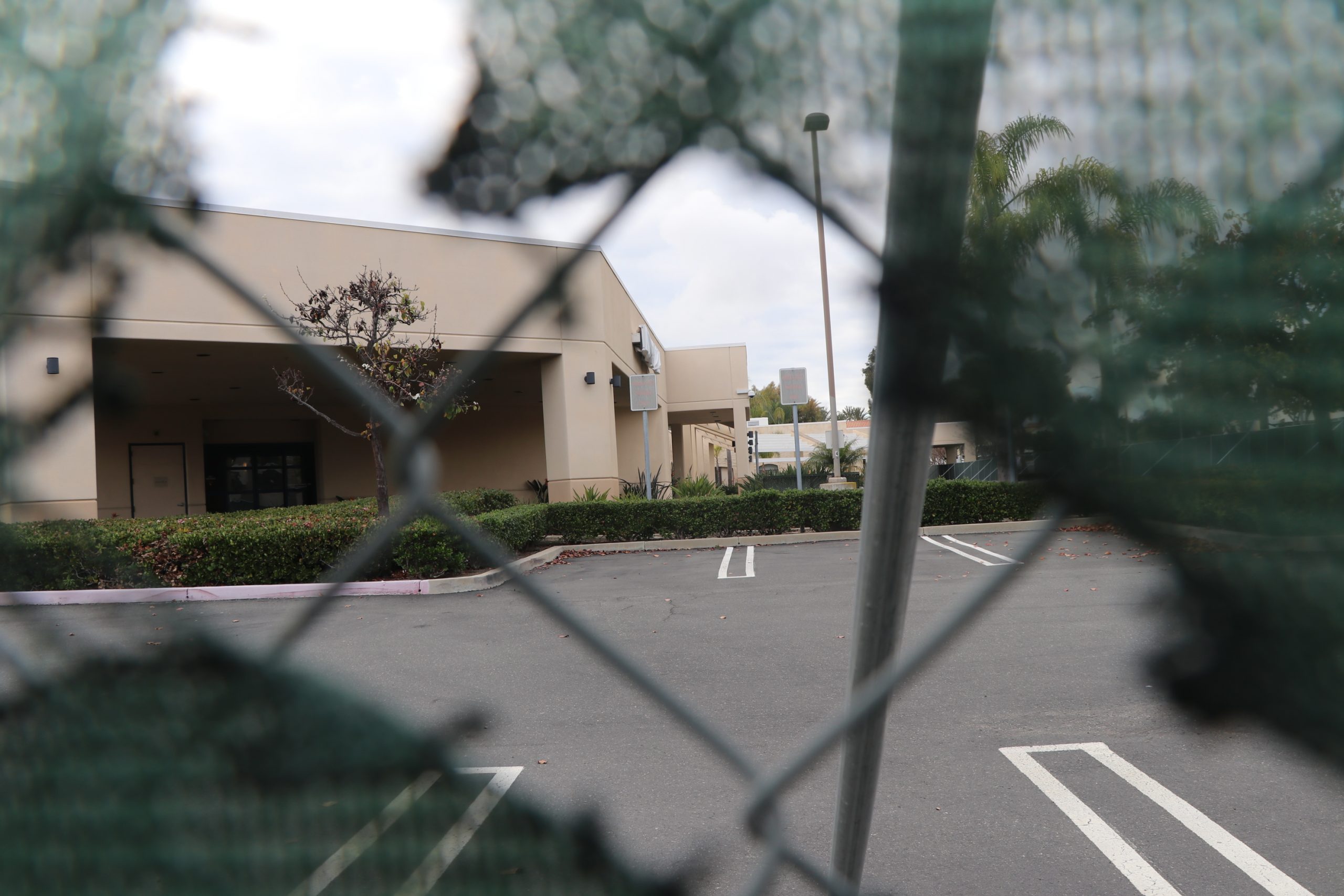 Despite going through multiple reviews by city officials, the owners of San Clemente’s shuttered hospital who are proposing to convert the property into a senior housing facility and medical office still have many questions and concerns to address.

During a joint meeting between the San Clemente City Council and Planning Commission on Wednesday night, Aug. 31, the elected and appointed officials grilled representatives for MemorialCare and city staff about various aspects of the project.

MemorialCare is asking the city to make numerous exceptions to local zoning laws that would authorize the construction of the senior housing facility to use more space on the lot than allowed by the city.

The project—a mixed-use facility to house 250 rental units for seniors and a 7,500-square-foot medical office—is also being proposed to be four stories tall, exceeding the height limit set. Furthermore, MemorialCare is looking to share parking with a neighboring medical office.

Even with the information provided, commissioners and councilmembers alike expressed the need for additional details that would explain the scope of the project, how its height might affect surrounding property owners and their ocean views, and how parking might be managed, as MemorialCare has also asked for the lot to be split into two parcels that comprise each structure.

Referencing a claim from the project’s lead architect, Hunsaker & Associates, that the project was properly scaled and creates an attractive street scene, Commissioner Steven Camp wanted to know why the applicants continuously presented the project with more stories than allowed in the three meetings with the Design Review Subcommittee (DRSC).

“I think we’re pretty clear that it’s out of scale, it’s too big, and yet it kept coming back as the same size, same number of units, same density,” Camp said. “Is there a reason for that? Where do we get 250 units and why is that an absolute necessity?”

The city’s zoning on the lot caps the height of a structure at three stories. Among the 250 residential units planned for the building, 13 of them would be set aside as very-low-income households.

Tom Leary, a senior vice president for MemorialCare, stood by the project’s architecture and consistency with the community, stating that the number of units would help the city meet obligations under the state’s Regional Housing Needs Assessment—a guide for cities in identifying housing needs among other activities to enhance their quality of life.

While the nonprofit health group intends to operate the adjacent medical office, which would include urgent care services, it has yet to decide whether it will maintain ownership and operate the residential facility after it’s been built, according to Leary.

“What we are committed to is, because we’ve got the medical office building right next door, we’re going to be neighbors,” Leary said. “I do expect that we will have some kind of continuing interest, but obviously, we’re not in the business of owning or operating residential communities, so I expect that we’ll have somebody (operating the housing facility) that is an expert at that.”

When asked by Mayor Gene James about when a transfer of operating duties could take place, Leary said they have been focused on getting the project ready for city review. He added that once a final decision is made on the project, they would evaluate how to identify an entity to develop the project and operate it.

James reminded Leary that the city would have a vested interest in the quality of the potential developer.

Based the request to increase the floor area ratio (FAR), in which the building would occupy more space on the lot than typically allowed, and the increased height, Councilmember Kathy Ward said she wanted to hear from MemorialCare and its design experts on how those exceptions contributed to the project providing sufficient affordable housing.

She also wanted to hear an explanation of the story poles—poles erected to show an outline of the building’s layout—in relation to the project’s potential impact on surrounding properties, and emphasized the importance of the pending traffic analysis.

“I also want, in the report when it comes back to the Planning Commission, if possible, to have a list of all the required findings that we have to make in order to do these exceptions,” Ward said. “Each one.”

Commissioner Cameron Cosgrove felt the traffic and parking studies, in which he wanted assumptions to be generated regarding the number of people coming in and out of both the senior housing and medical facilities and at what times, would be crucial to the project.

He pointed out the lack of available on-street parking or spots on other properties, such as the adjacent San Clemente Villas or the nearby shopping center, as a reason for needing to properly address the parking situation.

Cosgrove also spoke to the requested parcel split of the current lot. Given that there would be two separate operators and the chance of the lots being sold to new owners in the future, having the right agreements in place could prevent later headaches.

He also wanted clarity from MemorialCare on the building height, to unpack why it needed to increase the FAR going forward.

Regarding California State Density Bonus Law, through which MemorialCare could receive concessions from the city by reserving 13 units for very low-income households, Cogsrove looked to understand the city’s level of discretion in comparison to the law on the project.

He wanted to gauge whether the city could have an impact on turning some of the additional 237 market-rate units into additionally affordable units for low-income households.

“Typically, when we’re in the process of doing bonus densities, we can look at additional—not just very affordable, we could look at affordable and very affordable,” Cosgrove said. “I wonder what leverage the city has to come back and say, ‘OK, you want to do 5%? Great. How about 5% very affordable, and on top of that, 5% affordable?’”

Should the project move forward, it would demolish the hospital structure that’s been sitting vacant since 2016—when MemorialCare and the City of San Clemente went to court over a dispute on whether to have an urgent care facility or one that provided an emergency room and other hospital functions.

The city and MemorialCare settled the lawsuit in 2019. Since that time, city officials, most recently James and Mayor Pro Tem Duncan, have explored ways to bring a hospital back to San Clemente.

Both James and Duncan, the two members on the council’s Hospital Subcommittee, have stated the getting a new hospital built isn’t possible at this point.

James this past week reiterated his assertion that chances of building a hospital were slim to none, and pushed to move past the idea. He also echoed Cosgrove’s desire for the applicants to produce a model of the project to better understand all the architectural details.

Jennifer Savage, assistant to the city manager, clarified to Commissioner Karen Prescott-Loeffler that exceptions regarding height and FAR could be made in relation to the state’s language on density bonuses, and that with the 297 units the applicants could build given the allowed 45 units per acre of the 6.6.-acre lot, the applicants are asking for less of a concession than what is available to them.

Prescott-Loeffler said she needed more information in relation to what exactly the density bonus law applies.

Through the 2019 settlement agreement with MemorialCare, the city could change the property’s zoning from the previous Regional Medical Facility (RMF1) designation to a commercial land use for a mixed-use project.

The project is also proposing to reduce the number of driveway entrances from three to two, modify a traffic median to direct cars, and utilize shared parking for the guest spaces at the senior housing building.

MemorialCare still needs to put forth a master project, Conditional Use Permit, and a development agreement, among others, and additional environmental review documents as part of the approval process to begin the project.

Mark Schafer, the CEO for the MemorialCare Medical Foundation, said during the nonprofit’s presentation they have learned through conversations with residents that many are concerned with their ability to stay in the city.

“This is a real problem, and our project goes quite a long ways to helping 250 seniors remain in San Clemente,” said Schafer.

Although not a public hearing, officials gave attendees the opportunity to provide comments. Most were supportive of the senior housing, and included representatives from the San Clemente Chamber of Commerce, the South Orange County Economic Coalition, and the Orange County Business Council.

Grace Todd, a San Clemente resident, called the area an eyesore as it currently stands and that the project would satisfy San Clemente’s needs.

“Our residents need additional options for health care services close to home,” Todd said. “Having health and urgent care services available is additional peace of mind for families, and I think many of my friends and neighbors would agree. By building homes for the 55-and-older population, we’ll be filling a need for our city and our local residents.”

Comments from Donna Vidrine, a candidate for the upcoming City Council election, and her husband, Warren Vidrine, wanted the city to keep its eyes on bringing a hospital to the community.

The San Clemente City Council will hold a regular meeting Tuesday, Sept. 6, starting at 5 p.m. at the Community Center, followed by a Planning Commission meeting on Wednesday, Sept. 7, at 5 p.m.