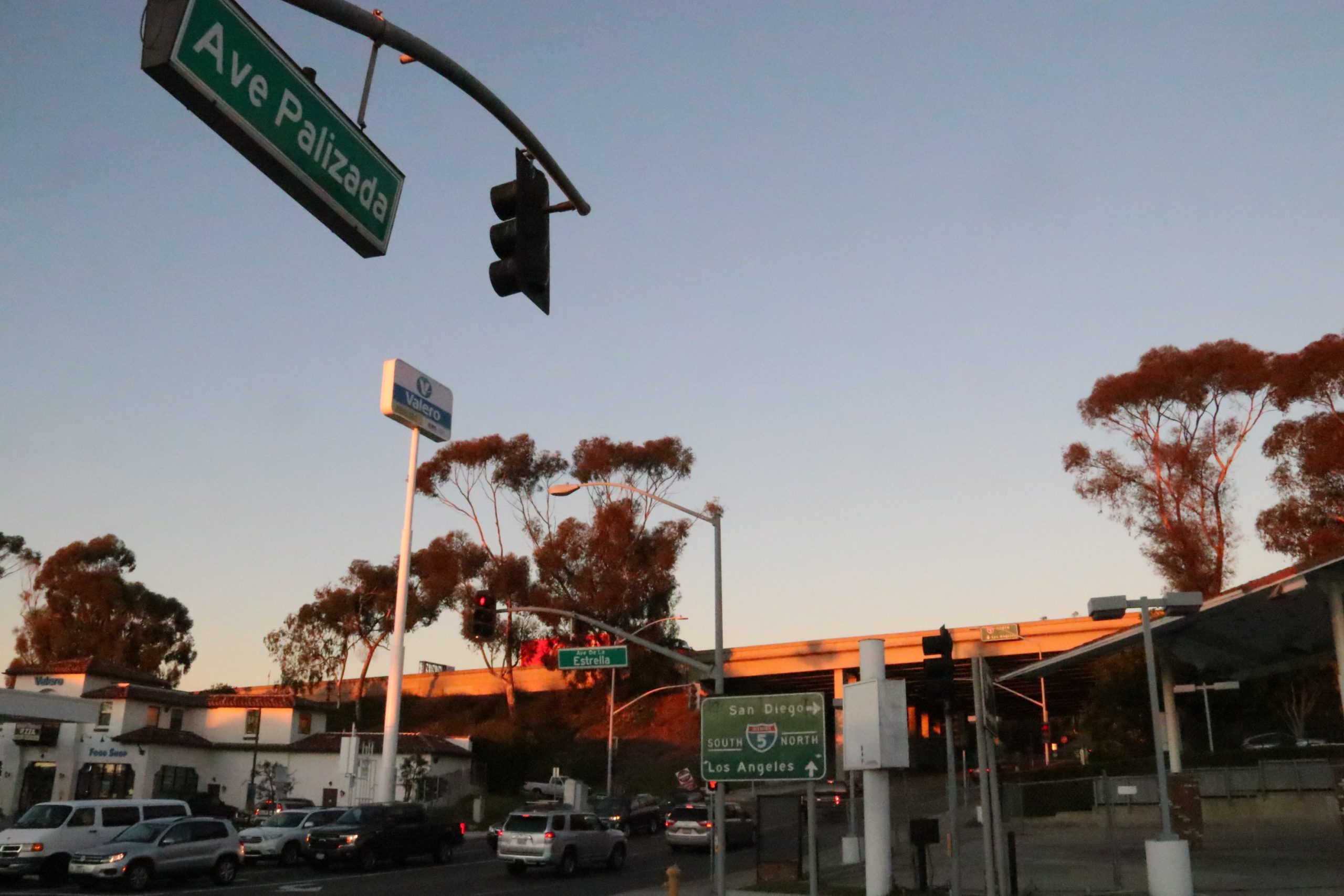 At the first City Council meeting of the year, next Tuesday, Jan. 18, the city is expected take a step forward in resolving a traffic issue that residents have complained about for years.

In the last meeting of 2021, Councilmember Steve Knoblock agendized a discussion of the Avenida Palizada exit at Interstate 5, where both the on- and off-ramps have caused trouble, in addition to the abandoned Arco station.

Knoblock said in an interview on Jan. 4 that the whole area was an “eyesore” and a “bottleneck” intersection, especially where Palizada meets Avenida de la Estrella.

“As people come off the freeway there and come into that intersection, it’s very tight, it’s very crowded, and it’s difficult to maneuver,” Knoblock said. “If you’re going to turn left on Estrella or go straight ahead, you have to shift lanes in a very short space.”

The property containing the Arco station has been fenced off for years, and it appears as if no progress has been made in terms of doing anything with the area. Knoblock feels the city could reopen a discussion with the property owner, in hopes of taking it over through some measure and using the land to expand the intersection and ease traffic flow.

Standing in the way of any future action is the potentially remaining gasoline leakage on the lot.

“The potentially responsible parties, which would include anyone that has ever owned or operated the property, would be responsible for the cleanups,” Knoblock said. “It’s been suggested to me that part of the reason why nothing has been done is because nobody wants to tackle the environmental issue there.”

He added that he does not want the city to assume responsibility for any cleanup, but the potential leakage is a significant concern that needs to be analyzed.

Even after the council talks about the Palizada exit and movement toward addressing the intersection begins, there will be a considerable period of time before residents see tangible change.

The process would begin with an analysis of the area, and the city could then run into the decision of whether to use eminent domain to acquire the lot if the current ownership does not cooperate.

Knoblock is leery of utilizing such a measure unless it is absolutely necessary.

“My hope is … that the current owner would cooperate with working with the city to hopefully get some more lanes in that area at that intersection,” he said. “The process of eminent domain, if the city ever decided to do that—and again, that’s an issue way down the road—takes time and analysis.”

The city would have to ensure the land is determined to be necessary for a public purpose, properly valued, and that the ownership received fair compensation.

While the councilmember was unsure of the potential time frame, he estimated the process would take at least a year.

Knowing it all must start at some point. Knoblock brought up the discussion to give the city manager direction as soon as possible.

“Hopefully, the council will consider giving management instruction on moving forward with some positive solution for that intersection,” he said.

Lori Donchak, a former councilmember who served from 2006 to 2018, spoke of her own difficulties in trying to acquire the property.

When she and a former city manager talked to the lot owners—who, at the time, were part of the Arco corporation—they had no success in their goal of constructing a “pocket park” to welcome travelers to the city and beautify the area.

“That property is basically just sitting there underutilized,” Donchak said.

The California Department of Transportation (Caltrans) has already communicated with the city to address the Palizada exit, especially concerning the on-ramp that is preceded by multiple traffic lights in a short space and a stop sign.

Resident concerns with that area have been well-documented, but the agency’s Traffic Operations division indicated that its capacity to intervene is limited after an investigation of the area concluded.

“The state share of the congestion and delay issue is somewhat secondary to the city’s responsibility for their local street layouts, driveways, sidewalks, use permits and traffic operations, but we try to do what we can to lend a helping hand,” Caltrans said in an email. “If we shut down the (northbound) on-ramp, the traffic congestion issue would probably disappear but reappear elsewhere.”

Regarding signal timing optimization—a factor the agency can control—that is critical to successful flow, it noted it is accomplishing that objective now, leaving the burden to the city.

Donchak added that a master plan for the property would be critical, if San Clemente decides to use eminent domain, to satisfy all interested parties, such as the city and other nearby gas stations.

As of this posting, city management was not able to provide comment.