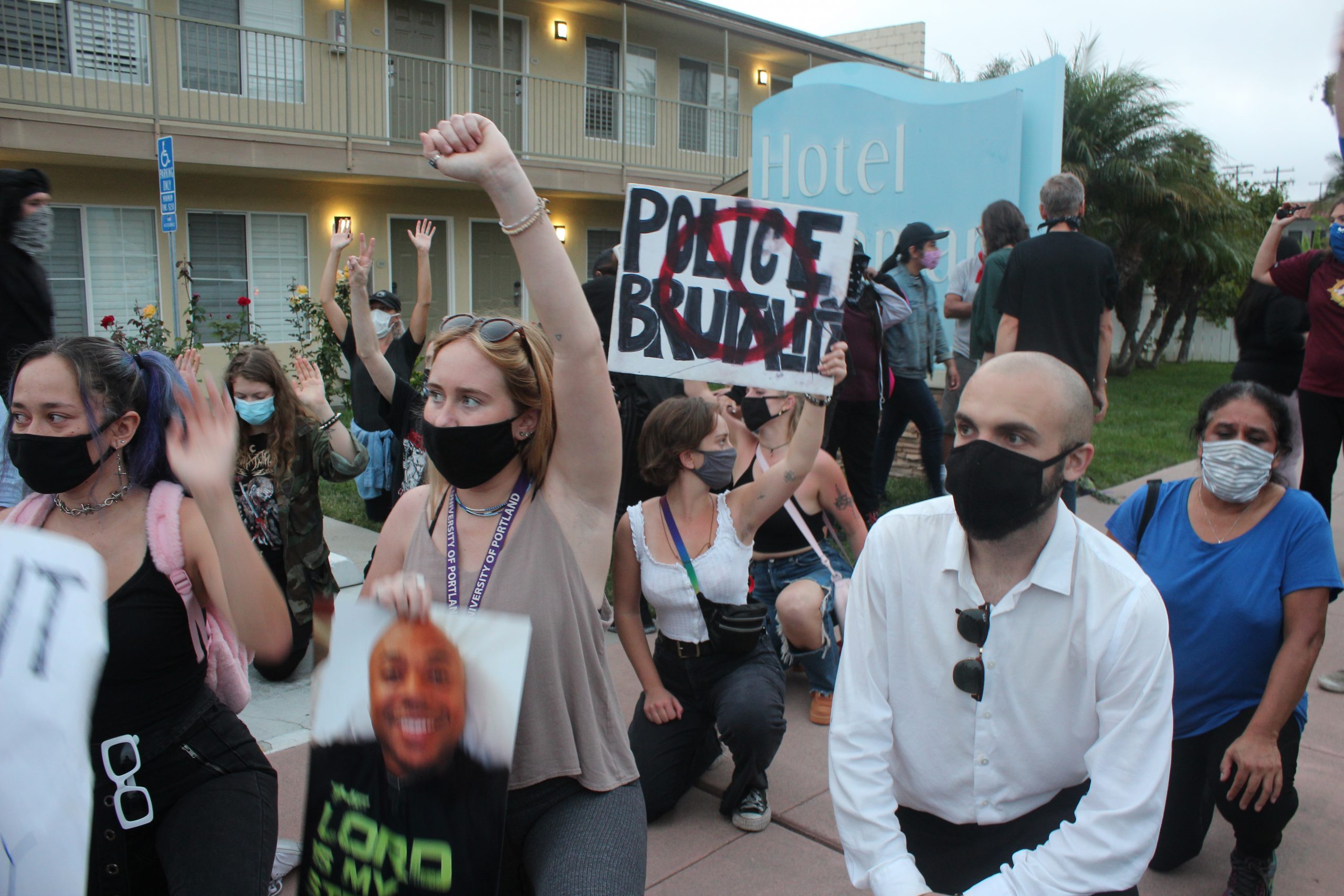 Editor’s Note: A previous version of this story erroneously stated the council took a vote not to extend the curfew. The curfew had already expired. The council voted on a motion to give Councilmember Hamm the authority in declaring an immediate curfew.

The city’s curfew imposed Thursday, Sept. 24, in parts of San Clemente over concerns of public safety following a day of protests against the deputy shooting of Kurt Reinhold, a homeless Black man, this week will not be extended into the weekend.

In a special meeting late Friday afternoon, Sept. 25, city councilors opted not to continue the curfew, which had been imposed the previous night within the downtown and Pier Bowl corridors, as well as along El Camino Real.

“It looks like none of the concerns that gave rise to this (curfew) have materialized,” City Attorney Scott Smith told the council Friday, referring to the protests that remained largely peaceful throughout the day Thursday. “They certainly haven’t worsened going into today.”

Acting City Manager Erik Sund further noted that based on conversations with the Orange County Sheriff’s Department, the city didn’t see the need in extending the curfew.

While councilors decided not to continue the curfew, which expired 6 a.m. Friday, they voted 3-1 to give Councilmember Chris Hamm the authority in declaring an immediate curfew, in consultation with law enforcement, should a situation arise, warranting such an action.

“I appreciate the support by the rest of the council to grant me authority to be able to do this. I take this very seriously; I won’t be doing this without the sheriff’s department and city executive management to determine this is the best case scenario,” Hamm said.

Acting Mayor Laura Ferguson was the sole no vote regarding Hamm’s authority to declare a curfew. Prior to the council’s decision, she proposed a substitute motion to make her the designee to call for an immediate curfew instead. However, none of her fellow councilmembers supported the motion.

Ferguson had also been the one dissenting vote Thursday afternoon regarding the decision to declare the local emergency and impose the curfew. The council had approved Thursday night’s curfew ahead of a planned protest outside of the old city hall building on Avenida Presidio.

Explaining why she voted against the curfew, Ferguson said she felt the council was “jumping the gun” and wanted to know all the facts instead of presuming that rioting and looting, which has occurred in parts of the country during Black Lives Matter protests, would happen in San Clemente.

“We have been having peaceful protests in our town this year and seeing excellent service from our deputies,” Ferguson said of the string of BLM protests that San Clemente has seen over the summer in the wake of George Floyd’s death.