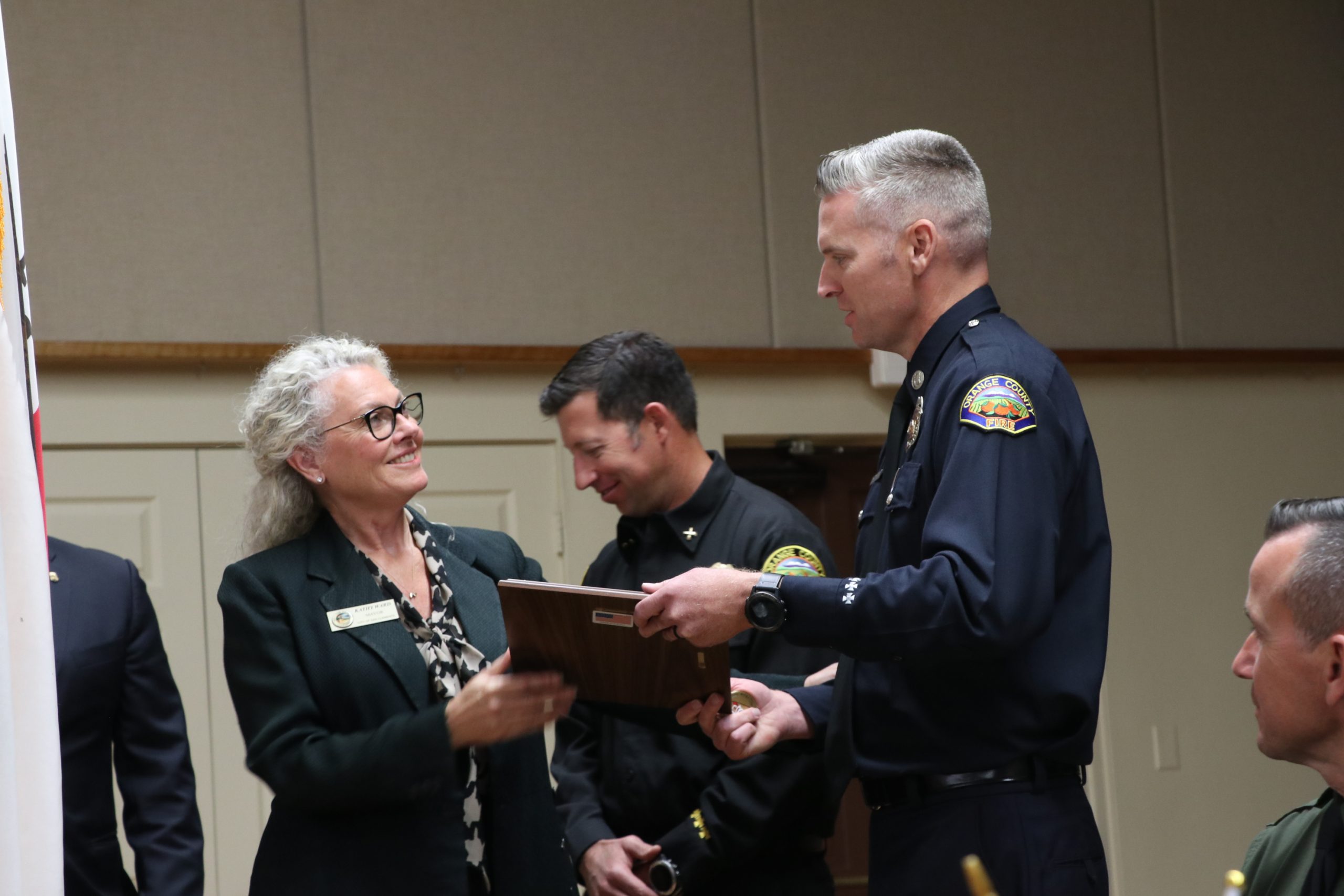 The public safety community joined city officials and the Exchange Club of San Clemente on Thursday, Nov. 18, for a luncheon honoring Deputy Sheriff Michael Harris and Fire Capt. Kelly Lucas as the Deputy of the Year and Firefighter of the Year, respectively.

The Exchange Club puts on the annual awards ceremony to recognize a San Clemente-assigned deputy and firefighter who were selected by management from the Orange County Sheriff’s Department and Orange County Fire Authority.

“Deputy Harris checked so many boxes, he’s so well-rounded that his name came to mind,” Capt. Tony Benfield, San Clemente’s police chief, said of Harris. He later added that Harris is “out there looking, proactively working in this city, and the byproduct is that he’s making San Clemente a safer place for all of our residents.”

According to Benfield, Harris has a been a sworn sheriff’s deputy for five years and was assigned to San Clemente in 2019. Harris, whose father is a retired sheriff’s deputy with Riverside County, is hoping to eventually become a homicide investigator.

“I definitely think he’s on the right track for that,” Benfield said.

Citing Harris’s performance evaluations, Benfield said that Harris has earned a reputation as a hard charger, known for doing a bit of everything, such as responding to reports of gang members breaking into Mission San Juan Capistrano, pursuing stolen vehicles, and assisting with locating lost children.

“His commitment to serving the community, and his tireless work ethic, coupled with all of the examples and reasons that have been mentioned already today, is why we selected him,” Benfield said.

Among the firefighters in San Clemente, OCFA management nominated Lucas, whose name kept popping up when Battalion Chief Jason Fairchild spoke with some of the crews.

“He’s a very deserving individual,” Fairchild said of Lucas, a 17-year veteran for the department, who first started as a firefighter before becoming a firefighter paramedic and now an engineer.

Currently assigned to Station 59 on Avenida La Pata, Lucas’s passion is in “peer support and firefighter wellness,” Fairchild explained. Lucas, Fairchild added, is studying to be a mental health therapist and “would like to work with firefighters, the police and the military.”