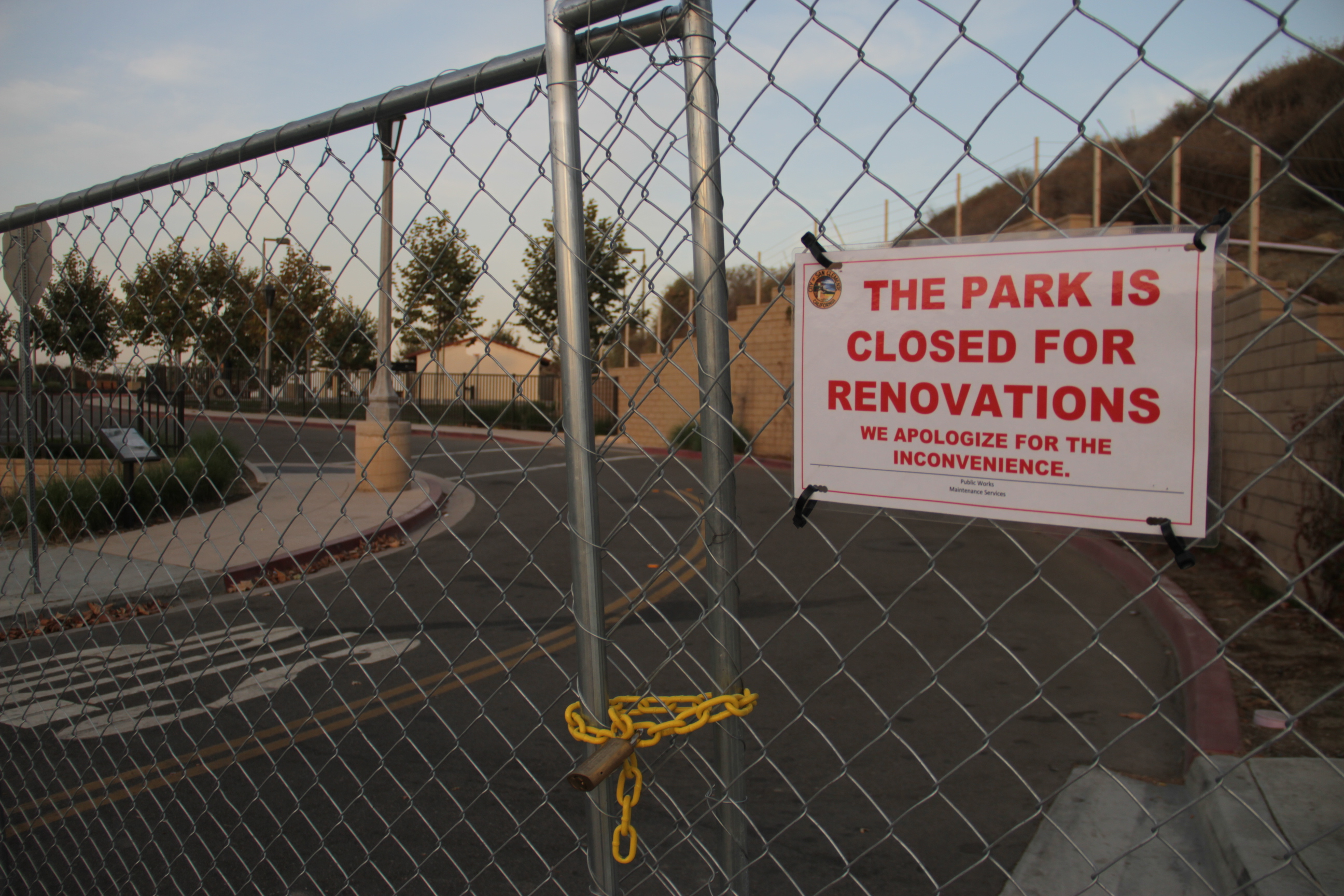 After being closed for nearly four months, Pico Park is expected to reopen within the coming weeks.

Assistant City Manager Erik Sund told San Clemente Times earlier this month that he anticipates the public park to reopen in about a week or two.

According to Sund, the city installed new sod for the grass and made a handful of improvements to the bathroom structure, the landscape and the children’s playground area, Sund said.

Sund had previously explained that the plans to reseed the grass and upgrade the kids’ tot lot were included in the city’s list of projects to get done in 2019. The improvements to the bathroom, as well as the shade structure and general landscaping, were late additions.

The city had announced the closure of Pico Park for renovations and upgrades this past October. Around that time, the Orange County Sheriff’s Department had found an uptick in reported incidents at the park, while the city acknowledged seeing an increase in homeless activity.

Across from Pico Park sat the city’s now-shuttered outdoor homeless shelter, which had opened in May of 2018 as an attempt to relocate the influx of homeless individuals who were camping out in the North Beach area.

Last September, the city imposed new restrictions at the Avenida Pico encampment, such as limiting the lot to only those who had ties to San Clemente. The move drastically reduced the number of those staying at the campsite, which at one point sheltered more than 70 people.

The Avenida Pico encampment was officially closed this past December after the city found it to be no longer financially feasible with very few people utilizing it.