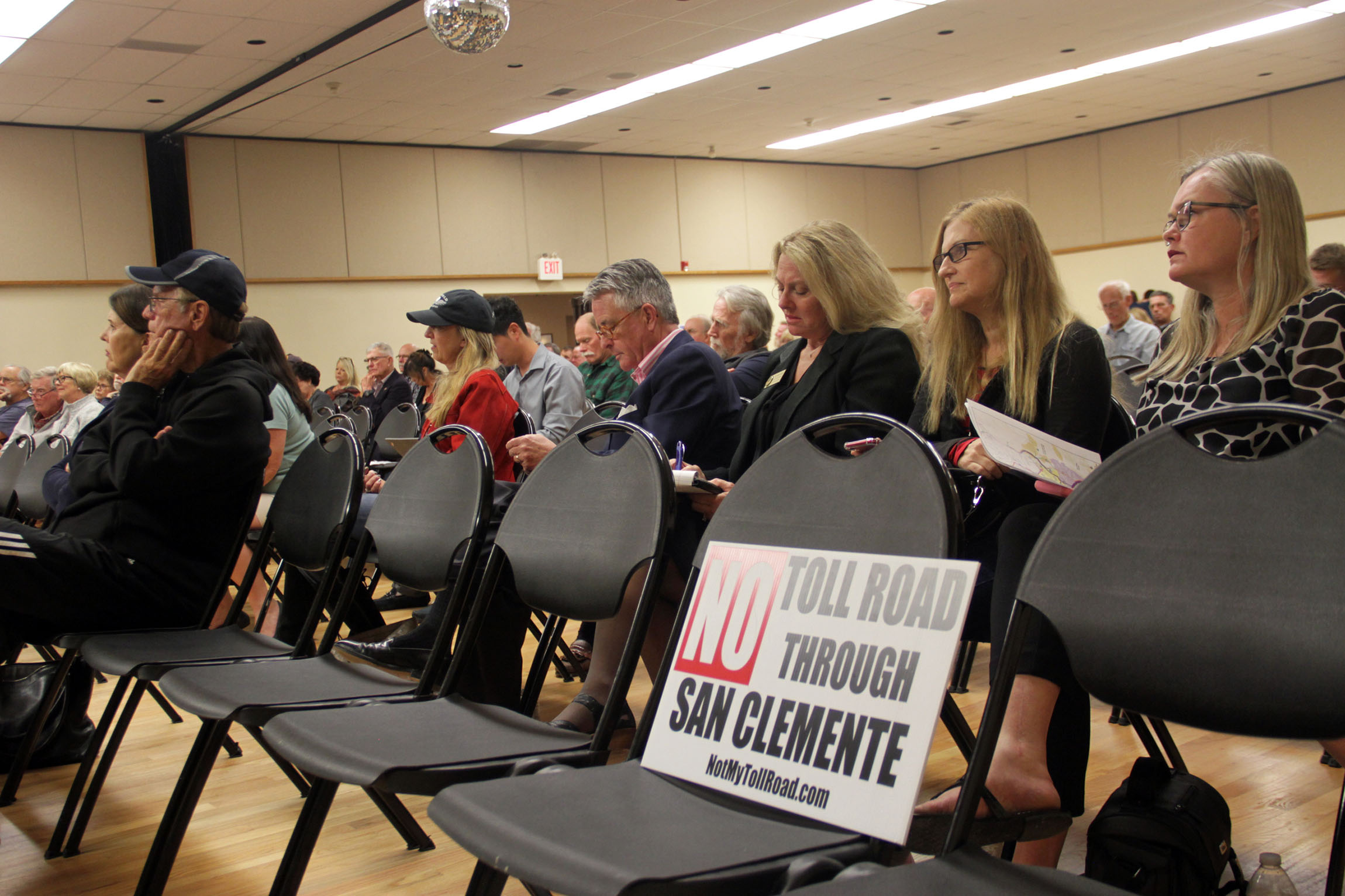 The city of San Clemente is again asking local residents to submit letters to state lawmakers, expressing support for legislation that would strip the authority of the Transportation Corridor Agencies (TCA).

The measure, Assembly Bill 1273, which Assemblymember Bill Brough introduced last spring, proposes to restrict the joint powers authority from creating new toll roads while requiring the agencies to pay down the debt incurred from building its roads.

Brough presented his bill to the Assembly Local Government Committee in a testimony-only hearing on April 24, 2019. With the measure currently scheduled to go before the committee again on Wednesday, Jan. 15, the city is encouraging another letter campaign, as it had done prior to the April hearing.

On its website, the city posted a template of a two-page letter that urges members of the committee to vote in favor of AB 1273. The draft letter could be printed out, signed and submitted to members of the California Assembly.

The letter outlines several concerns with the TCA. Chief among them are claims of the agencies’ financial deficiencies, as well as their failure throughout the years to meet ridership projections and hit revenue targets in the face of rising debt.

“When it opened during the 1990s, Orange County’s $2.4 billion tollway system was touted as an innovative way to build public highways without taxpayer money,” the letter states. “But that initial promise has consistently come up short.”

The city’s letter later goes on to accuse the TCA of placing “a significant portion of its financial burden on low-income and disadvantaged communities.” Citing the TCA’s prices, the letter states that the average cost to get to John Wayne Airport from San Juan Capistrano using the 73 Toll Road during peak commute hours is $7.76.

The TCA has strongly opposed the legislation, calling it “an assault on local control.” In a letter Michael Kraman, the TCA’s chief executive, wrote to the chair of the Assembly committee, Assemblymember Cecilia Aguiar-Curry, he stated that the bill would be a job killer, circumvents the California Environmental Quality Act process and “will lead to dirtier air in Orange County,” among other things.

“This bill was introduced as part of broader tactics by the City of San Clemente to discredit the TCA and disrupt the environmental review process for the South County Traffic Relief Effort,” Kraman wrote.

The TCA is currently working with the California Department of Transportation (Caltrans) and the Orange County Transportation Authority (OCTA) on the Relief Effort—the series of proposed routes meant to “improve north-south mobility in South Orange County and accommodate regional travel demand.”

Some of those routes include extensions of the 241 Toll Road that would connect to the Interstate 5 Freeway through parts of San Clemente and San Juan. The initial stages of the environmental process to study the proposed routes are officially underway.

According to San Clemente Mayor Dan Bane, the TCA is expected to begin eliminating some of the routes it doesn’t want to pursue by this summer. The city has remained united in its staunch opposition to putting a toll road through San Clemente, believing the traffic projections for South County don’t support the need for the extension.

“AB 1273 provides much-needed certainty to transportation planning efforts in Orange County by eliminating unnecessary and confusing redundancies,” the city’s letter states, adding: “In light of TCA’s history and existing debt, this bill continues the ongoing funding, through tolls, for the repayment of that existing debt.”

The Assembly Local Government Committee hearing at 1:30 p.m. on Wednesday, Jan. 15. According to the committee’s website, the deadline to submit position letters is no later than 5 p.m. on the Thursday before a hearing. In this case the deadline is Thursday, Jan. 9.