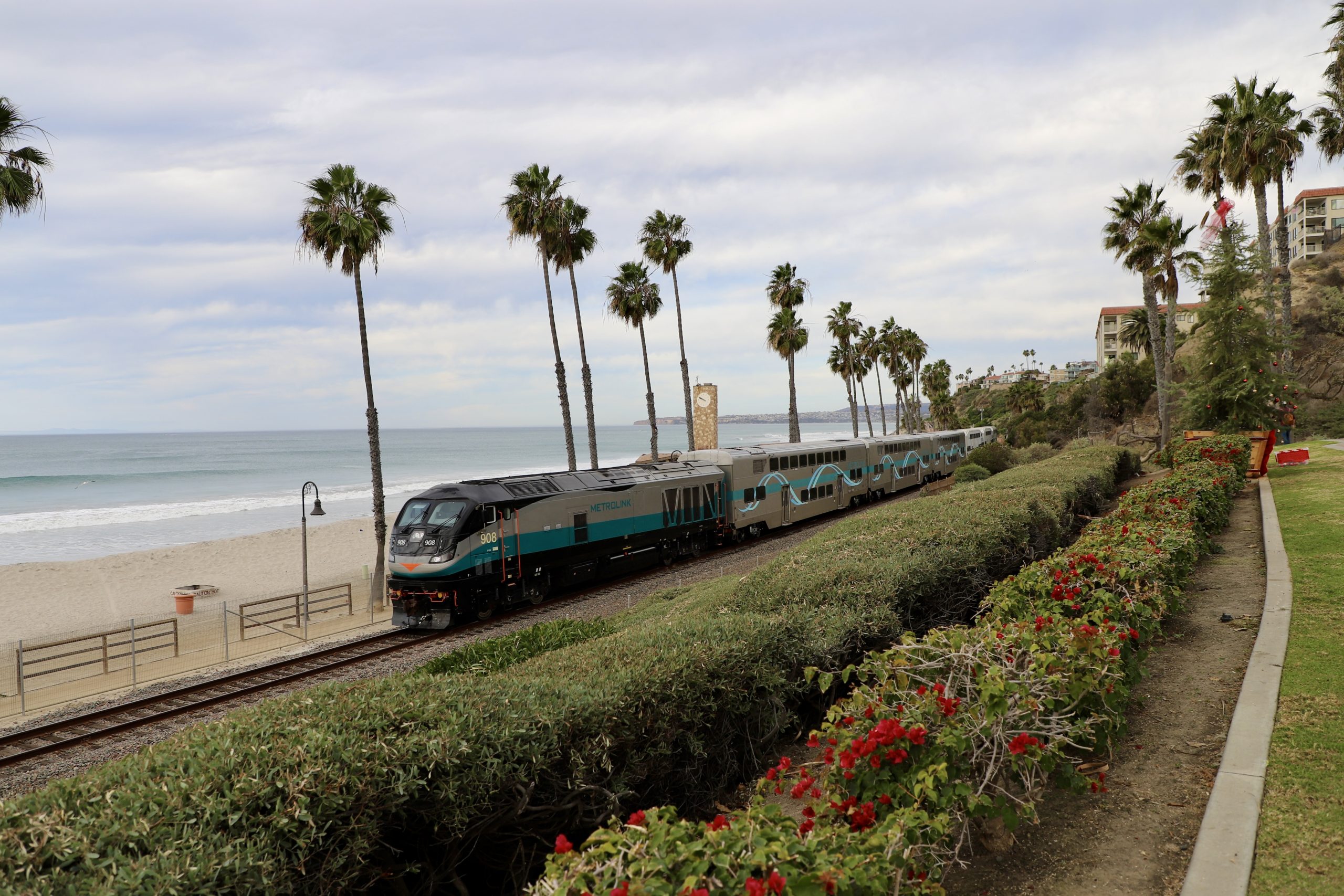 A decision on whether to approve a new waiver request for the city to maintain quiet zones along the train tracks through San Clemente could come down from federal regulators as early as the first quarter of 2021, according to the nation’s railroad agency.

Warren Flatau, the Federal Railroad Administration’s deputy director of public affairs, told San Clemente Times via email this week that should the city submit the new waiver renewal by the end of the month, the earliest that the FRA’s safety board could review it and issue a decision is the early part of the next year.

The FRA late last month denied the city’s initial renewal for another five-year waiver that allowed the use of Pedestrian Audible Warning Systems, or PAWS, at seven crossings in San Clemente.

The warning systems, implemented in 2015 as part of a decade-long effort by the city and county, had essentially established quiet zones along the train tracks, providing nearby residents relief from the trains sounding their horns while passing through town.

Without the waiver in place now, trains are required, per federal regulations, to sound the locomotive horns four times ahead of each crossing—two long bursts, one short, and then one more long blast.

Officials with the FRA, which had found a handful of compliance issues related to the PAWS during previous inspections this past April and June, have agreed to conduct an expedited inspection this month.

A report on the upcoming inspection, which will need to be included in the waiver application, is also expected to be submitted to the Railroad Safety Board’s January 2021 meeting, Flatau said, further noting that since the Nov. 24 denial, the city and Metrolink have been conducting conference calls with the agency to discuss next steps.

In its Nov. 24 denial, the FRA cited compliance concerns identified during the previous inspections, including warning systems not operating as intended, as well as poor conditions of signage, emergency exit swing gates and the fencing to keep pedestrians away from the tracks.

During last week’s city council meeting, interim City Manager Erik Sund explained that the city is working with the FRA to remedy the situation and reestablish the quiet zones.

He also indicated that the denial came without warning on the eve of Thanksgiving, noting that while there were some maintenance issues, they “were repaired and addressed and reflective in Metrolink’s inspection report that they also concluded on.”

As of press time, city management had not responded to SC Times’ request seeking further comment.

When asked about any warning of the potential denial submitted to the city, Metrolink, the Orange County Transportation Authority or any other stakeholder prior to Nov. 24, Flatau referenced a June 23 inspection that “was carried out specifically to determine if the corridor was being maintained in accordance with the waiver requirements.”

“Representatives from San Clemente and Metrolink were present during the inspection and were aware of our findings,” he said in the email. “Those findings were sent to the Safety Board for review to inform their decision.”

San Clemente’s waiver is limited to a five-year period, because it opted to go with the PAWS instead of the standard wayside horn system that’s used to establish an officially designated quiet zone—like ones implemented in North Beach.

According Tom Bonigut, head of the city’s public works department, the PAWS is supposed to produce an 80-decibel reading, while standard wayside horns are set at 92 decibels. The sound of a train horn is about 112 decibels.

During the inspections, the FRA found that the PAWS at various locations were operating below the 80-decibel minimum.

“With FRA’s assistance, each PAWS was adjusted on-site to meet the 80 dB(A) minimum, but FRA learned that the City has experienced reliability issues with the PAWS and that the dB(A) level is difficult to maintain,” the FRA said in its denial letter.

A first inspection back in April had also found that signs and gates were in poor or inoperable condition, while fencing to ward off trespassers from the tracks was ineffective because of sand buildup.

The FRA also based its decision on the timing of the city’s request, which was submitted on April 27, two weeks after the initial waiver’s official expiration on April 13.

“FRA recommends that municipalities request such extensions at least six months before an existing waiver expires,” Flatau said in the email.

Former Councilmember Lori Donchak, who was a driving force in getting the quiet zones established locally, reflected on the 10-year endeavor it took to gain the FRA’s approval of the PAWS system.

“It was approximately a 10-year process, and the trigger was when OCTA announced and executed an $85 million grade crossing safety quiet zone for the county,” she said, explaining that they were established at roughly 50 vehicular crossings from North Beach all the way up to North Orange County.

According to the city, 88% of the costs to implement the program came from OCTA, while the Orange County cities put in the remaining 12%. The program had only applied to vehicular crossings and did not include pedestrian crossings like the ones along the San Clemente Beach Trail.

Quiet Zones at the vehicular crossings in North Beach were officially established in 2011 with the implementation of the standard wayside system. Those crossings are not impacted by the latest action from the FRA.

“The question among our residents was, ‘What could be done to extend the quiet zone all the way down to the county border?’ ” recalled Donchak, who had made trips to Washington, D.C., along with then-Councilmember Wayne Eggleston, to plead the city’s case for the quiet zones at the pedestrian crossings.

As part of that lengthy process to secure the FRA’s approval, the city was required to put in 2,600 feet of fencing to deter trespassing from pedestrians and ensure that the audible warning system would operate at an 80-decibel minimum.