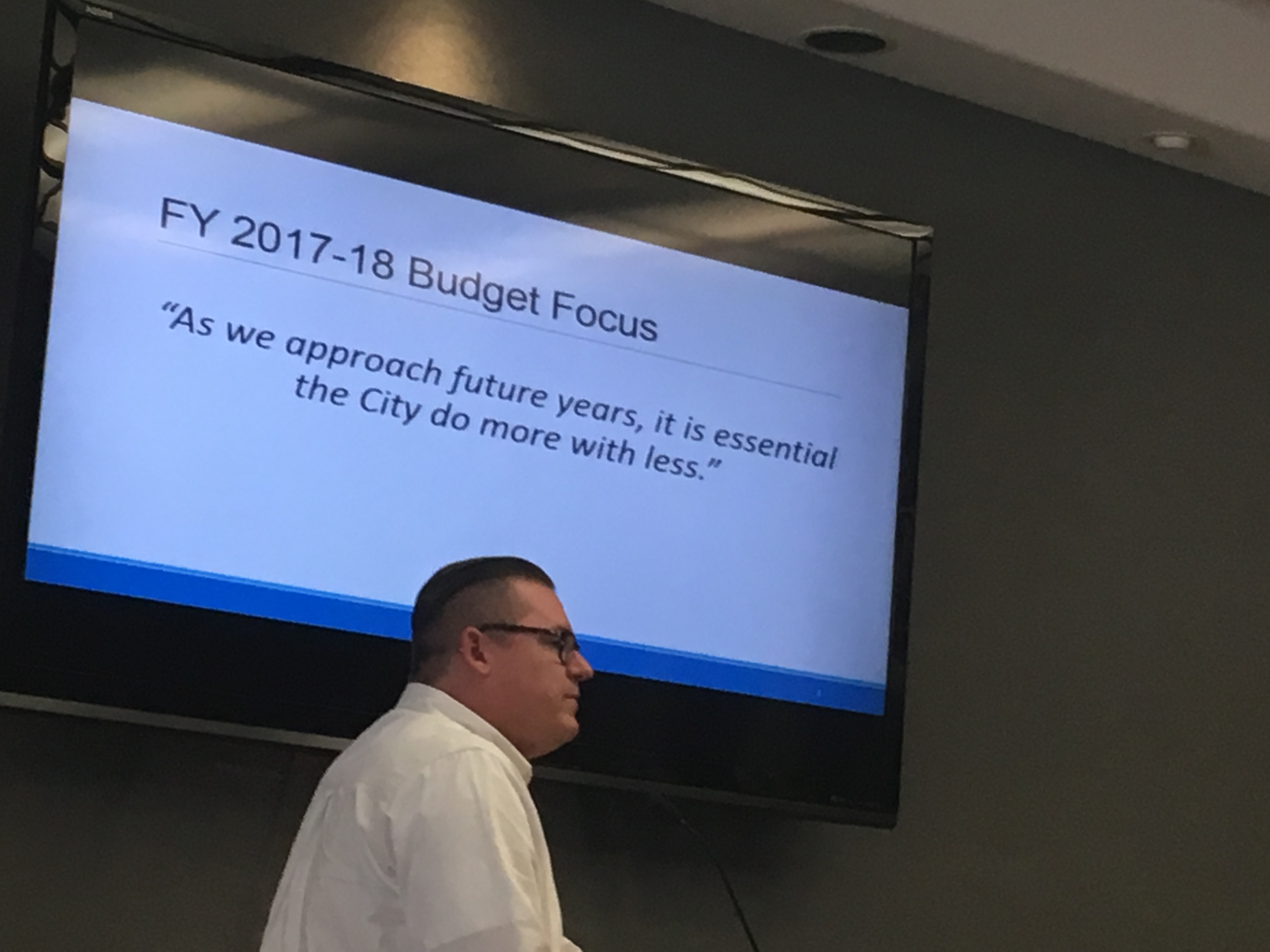 City Looks to Tighten Budget in Years Ahead

Standing in front of the televised projectors, Assistant City Manager Erik Sund posted a theme for this and following years’ budget approach: “As we approach future years, it is essential the City do more with less.”

It’s not that the city isn’t making money; it’s that the planned spending is outpacing that revenue, or at least that’s the forecast.

Additionally, city officials said they may not have as much capital to initiate as many infrastructure projects as planned. Certain grants, funding sources and other revenue from years past may not be as available in the foreseeable future.

The city is planning to allocate $2.5 million for facilities maintenance reserve, which will include money for street repair, the animal shelter and other local projects that need immediate attention.

However, the city’s sales and property tax revenues have been hitting 5- to 10-year highs. Out of the shadow of the 2008 recession, the city has been able to generate much more from property taxes due to more homes being built in Marblehead and increased assessed values.

Currently, the city is projecting about $4.7 million negative gap between general fund revenues and expenditures. Revenues are expected to be $63.3 million and expenditures are predicted to be $68 million, but adjustments will likely be made before it is adopted. There are other ways to balance out areas of the budget with specific reserves, but the fiscally conservative nature of San Clemente will likely find other ways to close that gap.

Pension costs for public safety have been a topic of discussion since last fall when it was announced the city will be paying hundreds of thousands of dollars in increases next year with incremental increases in following years to the Orange County Sheriff’s Department (OCSD) and Orange County Fire Authority (OCFA). OCFA’s contract will rise 4.5 percent, and OCSD’s contract cost will rise 2.9 for fiscal year 2017-18.

Other discussions during the meeting included budgeting for Beaches, Parks and Recreation Department, which can change with Council discretion fairly quickly, as was seen with the Ole Hanson Beach Club the last few years before its completion and reopening.

The Beaches, Parks and Recreation Master Plan is being constructed at this time, and should give the city a better spending road map in those areas. The budget is scheduled to be considered for adoption at the June 6 City Council meeting.