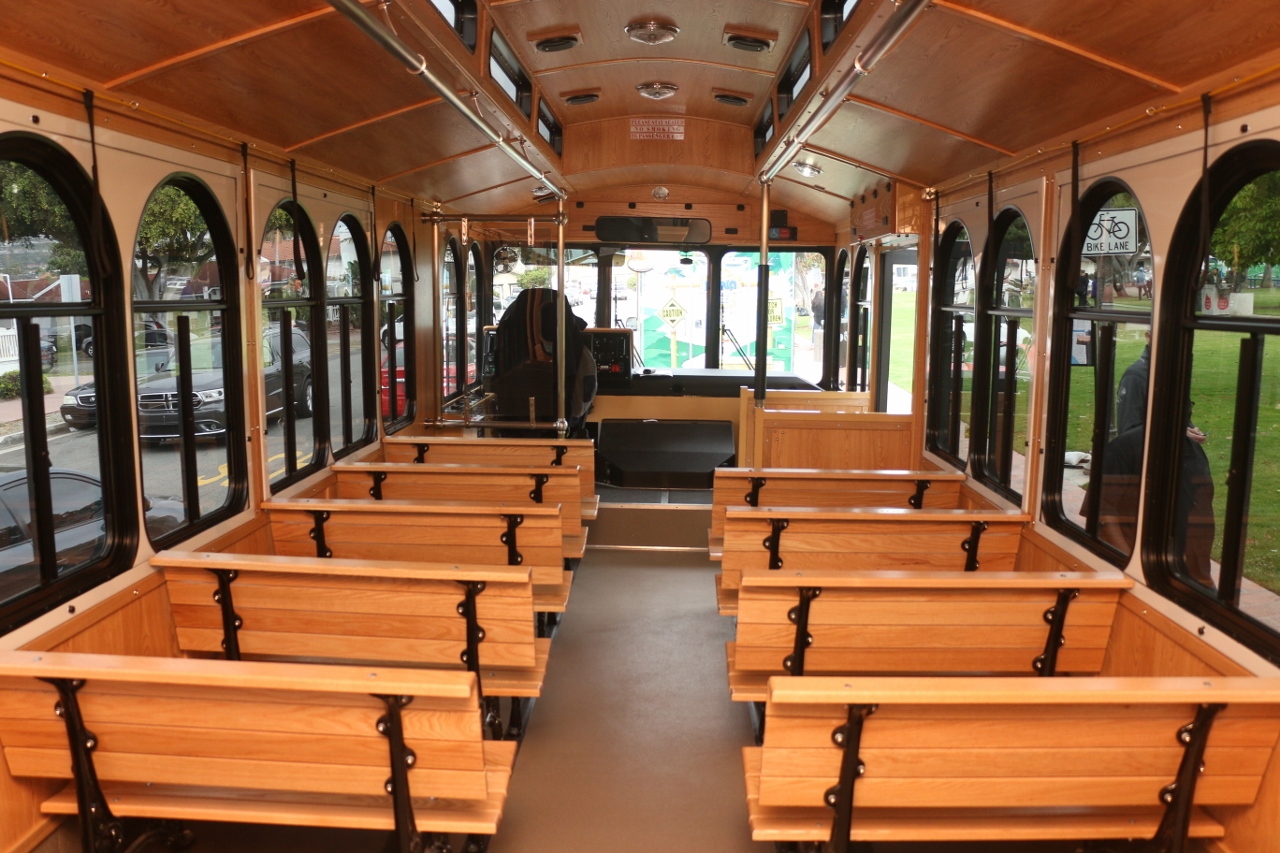 After pulling the brakes on the summertime trolley service last year because of the ongoing public health crisis, the city next month is looking to get the annual transportation program back into gear with limited capacity and health precautions.

The trolley program is slated to relaunch for weekend services only beginning May 28—during Memorial Day weekend—at the latest. However, when the San Clemente City Council meets next week, officials on the dais are expected to consider a proposal to have the free service kick off two weeks earlier, on May 15.

Between the official start date and June 25, the city’s trolleys will operate only on Fridays through Sundays. After that period, the service will run daily for the duration of the program, which ends on Sept. 26.

Per federal, state, and county health guidelines, the trolleys will be limited to 50% capacity and will require all riders to wear face masks. For San Clemente’s trolleys, 50% capacity means about a dozen passengers.

In the coming weeks, the neighboring towns of Dana Point, Laguna Beach and San Juan Capistrano will also relaunch their summertime trolley programs, creating an interconnected system between the four cities.

When San Clemente’s councilors met on April 6 to also vote on restarting the program for May 28, Mayor Pro Tem Gene James instead proposed that the city get the service launched two weeks ahead of schedule—an idea floated by the local business community.

Tom Bonigut, the city’s Public Works director, explained that while it’s not a bad idea to start earlier than anticipated, there are some practical challenges to consider. He further explained that he typically needs a lead time of about four weeks for getting the program running.

“That’s so our contractor has time to hire Class B drivers, and I have to get the trolleys in for maintenance and Highway Patrol inspection,” Bonigut told the council. “So, really, my minimum lead time is four weeks out.”

Bonigut also noted that 90% of the costs to run the program is funded through grants from the Orange County Transportation Authority, which plans for operations to occur from Memorial Day weekend through the end of September.

“I would at least need to check that if we operate outside that period, there’s a potential that that operating cost is 100% on the city,” Bonigut later added.

Should the council decide during its April 20 meeting to move ahead with the May 15 start date, that’ll give Bonigut about 3½ weeks to initiate services. He also noted that it would mean, for two weeks, there won’t be a Dana Point trolley to which riders could transfer.

“We can at least talk to our vendor about thinking ahead,” he said. “So, if there’s ultimately a desire to start on the 15th, which is basically two weekends earlier than what we’re contemplating, I think we can be prepared to do that.”

“Tonight, the city of Dana Point approved their trolley service, so if we do start early—and it’s not the end of the world—but there will not be a Dana Point connection to serve to, but it’ll still serve San Clemente,” Bonigut said.

When city staff presents the May 15 start plan to the council next week, it’ll also outline details about potentially purchasing two additional trolleys with the $8.9 million in COVID-relief funds the city will receive from the American Rescue Plan.

Posing a couple of hypotheticals to Bonigut last week, James asked how services could be improved with the addition of two more trolleys.

Bonigut noted that the city currently has five trolleys in service—three for the Downtown San Clemente line and two for the Blue Line that covers the city’s northern section and connects to Dana Point.

“The downtown Red Line that circulates between the T-Zone and Outlets (at San Clemente), that is really popular … it’s not’s uncommon for that route to run full where we can’t pick up passengers at certain times in the summer,” Bonigut said, adding: “I would put in an extra vehicle to circulate quicker, so you would wait less at a stop for a trolley and be more likely to get standing space or seating room.”

Similarly, he said, he would use another new trolley for the Blue Line, which doesn’t have as high a demand, but is a longer route. Having an extra vehicle, he continued, would reduce wait times and also help the city when one vehicle needs to go offline for maintenance.

Mayor Kathy Ward raised the concern, though, that it’s still unclear how the city is allowed to use those federal dollars, while also noting that she would like to learn more before deciding what to spend the money on.

According to the state’s Legislative Analyst’s Office, a nonpartisan agency that provides the California Legislature with fiscal and policy advice, the economic relief monies are to be dedicated toward a city’s response to the public health crisis, supporting essential workers, covering lost revenue and investing into water, sewer or broadband infrastructure.

City officials, including interim City Manager Erik Sund, Councilmember Chris Duncan and James, are expected to meet with federal representatives soon to provide a precise outline on how the $8.9 million can be spent.