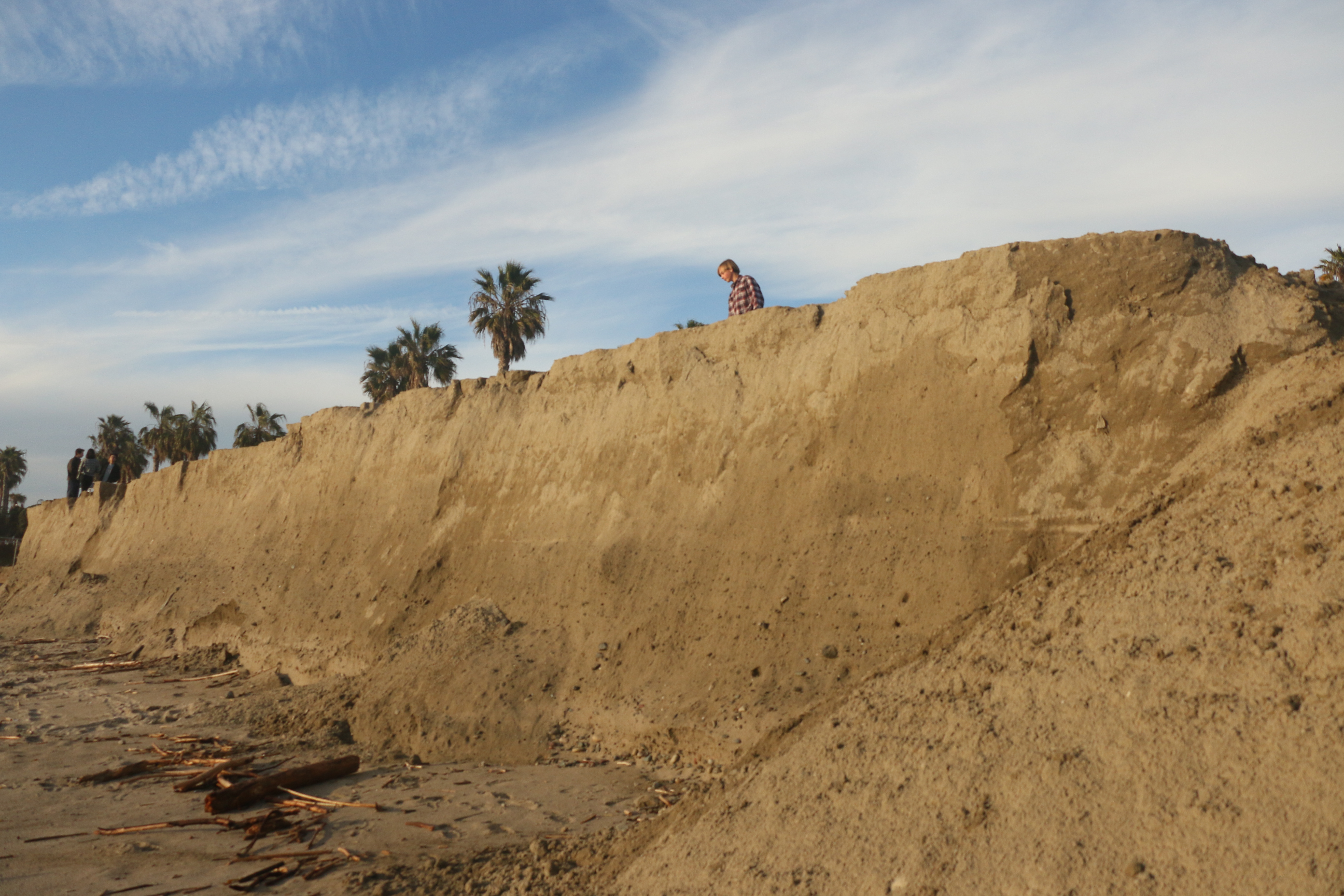 Although about a quarter of the new sand at North Beach was washed away by king tides and large waves over the past week, city officials see a silver lining.

“The sand that was placed in front of the North Beach restrooms and concession stand likely saved the structure during the king tides and provided protection for the playground as well,” said Aeryn Donnelly-Terrey, a parks planner with the city of San Clemente.

During low tides on Tuesday, the city’s beaches and maintenance crew was scheduled to redistribute sand back in front of the concession stand.

“The intent of the sand nourishment project was to feed the beaches throughout the city by putting it at North Beach,” Donnelly-Terrey said. “It will naturally move south to other city beaches over time.”

The new sand cost the city about $625,000 from the Lower Santa Ana River dredging project. The city had to take the sand in November because it would have been redistributed if the City Council hadn’t taken it then.
“The intent of this project was to fill the littoral beach cell in San Clemente,” Donnelly-Terrey said. “Slowly over time the sand will be redistributed to Linda Lane, and the Pier Bowl area beaches providing an incremental benefit to city beaches.

Donnelly-Terry said the city’s coastal development permit allots up to 250,000 cubic yards of sand over the next five years.

“The North Beach Opportunistic Sand Project received 12,000 cubic yards of sand (which is more than double the amount of sand that was received in the test project in 2005),” Donnelly-Terrey said.

Ferguson Slams Council, City Leaders over Talks to Remove Her from Mayoral Role