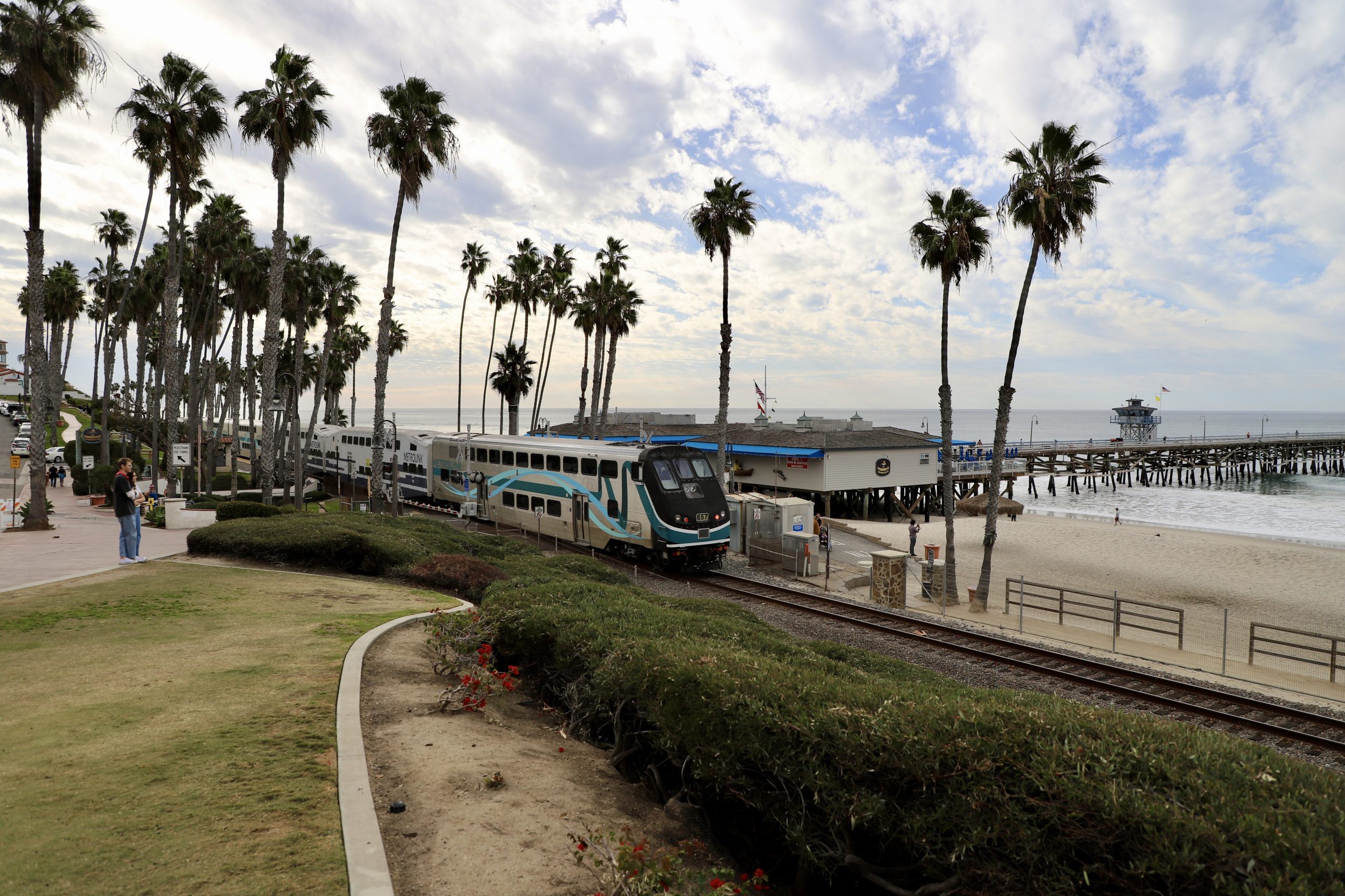 City officials are hopeful that San Clemente can soon regain its waiver for quiet zones along the railway, as the city’s audible alert system to warn pedestrians of oncoming trains reportedly passed a federal inspection last week.

“Everything went according to plan; we passed all of the inspections,” Councilmember Chris Duncan told San Clemente Times on Monday, Feb. 1. He explained that the decibel readings for the Pedestrian Audible Warning Systems (PAWS) “were where they were supposed to be.”

Federal Railroad Administration (FRA) officials visited San Clemente on Jan. 26 to inspect the PAWS used at all seven of the city’s pedestrian railroad crossings. The FRA on Tuesday, Feb. 2, said it wouldn’t release the results of the inspection until after its Safety Board had issued a decision.

Acting City Manager Erik Sund explained to the city council on Tuesday that the city was “successful in passing our inspection” and “our PAWS hit above 80 decibels each reading. That was a good thing.”

The next step, Duncan and Sund said, is for the federal agency to complete a report, certifying the city had passed the inspection, and present it to the FRA’s Safety Board for consideration and review. Should the board rule in the city’s favor, San Clemente’s quiet zones could be reestablished, providing noise relief to residents near the train tracks.

“All signs point to that we may be able to get our waiver again,” said an optimistic Duncan.

According to Sund, the FRA inspectors are expected to complete the report this week. Once complete, he said, the city will work with FRA officials in Washington, D.C., and Sacramento to schedule a meeting with the Safety Board.

San Clemente’s five-year waiver granting the use of the PAWS, which established the Quiet Zones along seven pedestrian railroad crossings, expired this past November after previous inspections with the FRA had unveiled a handful of compliance issues.

During the FRA’s inspections conducted last spring and summer, officials reported that various warning systems were producing sounds below 80 decibels. They also found that the city’s signage, emergency exit swing gates and the fencing to keep pedestrians away from the tracks were in poor condition.

As a result, the safety board denied the city’s request to renew the waiver, requiring train conductors to resume sounding their 112-decibel locomotive horns four times ahead of each crossing—two long bursts, one short, and then one more long blast.

While San Clemente appears to be on track to get its waiver renewed in the near future, currently at issue is whether the FRA will schedule a special safety board meeting ahead of its regularly planned quarterly meeting.

The most recent safety board meeting occurred in mid-January. In an email to San Clemente Times, LaRaye Brown, public affairs specialist for the FRA, said the safety board isn’t scheduled to meet again until March, adding that “we have not set the agenda for that meeting.”

Sund had previously told the council during its Jan. 19 meeting, prior to the planned inspection, that the city would be asking the FRA to schedule a meeting ahead of the quarterly one

“In the hopes of passing that inspection, we are looking at the FRA to call a safety board meeting before its next scheduled quarterly meeting,” Sund had said.

Managing residents’ expectations, Duncan this week stressed “that the FRA is really in control of the process.”

“All the city can do is submit the required documentation and demonstrate the compliance of the PAWS, and it really is up to the FRA to act,” he said. “The residents should know that the city has really done absolutely everything it could to put the waiver in the best possible light.”

Since the safety board’s denial, the city has hastily worked to remedy the issue, and it was even given an opportunity by the FRA to hold an expedited inspection in mid-December.

However, the planned inspection, which would have placed the city in a position to have the board reconsider the waiver renewal during its quarterly meeting last month, had to be postponed because of a malfunction in the equipment used to test the PAWS.

“Unforeseen technical issues arose with the sound decibel meter, which resulted in inadequate sound level readings,” the city explained in a Jan. 13 press release. “There were no issues with the PAWS itself.”

Despite the setbacks, Duncan remained positive regarding the situation and praised the city’s handling of the efforts to secure the waiver renewal.

“From my perspective, the city staff dealt with it with the urgency it deserved and that effort ensured us of passing the inspection, which we did,” he said.