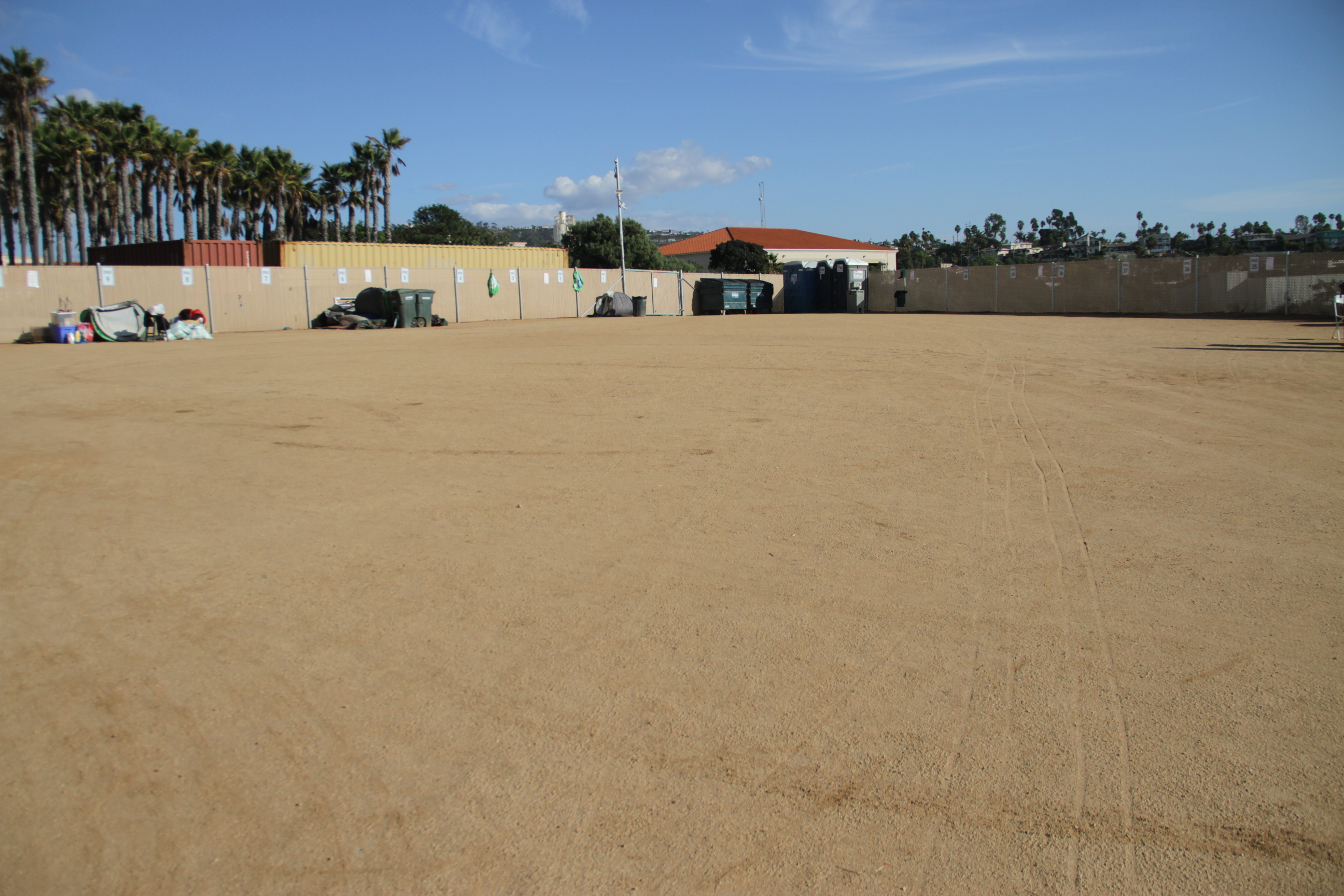 The city has until about mid-December to file a development permit application for its outdoor homeless shelter with the state’s coastal agency, San Clemente officials announced on Tuesday, Nov. 19.

During a California Coastal Commission (CCC) meeting in September, Executive Director Jack Ainsworth said the agency believes the city is required to file an application for a coastal development permit (CDP) to operate the temporary homeless encampment on Avenida Pico.

According to Assistant City Manager Erik Sund, the city has been working on its CDP application, which is due to the Coastal Commission for review and potential approval by Friday, Dec. 13.

The topic was brought up by members of the public at the city council’s Nov. 19 meeting, at which time concerns were raised over whether the city is facing any fine or penalties for not having the coastal permit already.

“The staff has been in constant contact with the Coastal Commission,” acting Mayor Dan Bane said, to reassure the public. “No fines have been levied, no fines are imminent. We’re working with them. Things are on track.”

“We’re in communication with the Coastal Commission already on a regular basis, keeping them apprised, and they’re aware of what’s going on,” Sund told the San Clemente Times. “There’s no fines being levied or accrued, so we’re not in harm’s way of getting any penalties on us.”

The population of homeless campers residing at the Pico encampment has continued to decline since the city this past September imposed its rule that those staying there must have direct ties to San Clemente.

Providing the council with a homelessness update last week, Sund said there were six people staying at the outdoor shelter—down from the roughly dozen individuals who had been recorded there last month. The camp, at one point, had about 70 people staying there.

According to Sund, the city has been spending $30,000 a month to operate the camp. Those costs, he said, include services for monthly cleanups, security guards and portable toilets. He added that the monthly expense is expected to drop “significantly,” as there are fewer people at the camp.

The city spent $77,000 to establish the encampment this past May.  The campsite was meant to serve as an alternative for those who had been camping out at the North Beach parking lot.

The city’s latest efforts in seeking the CDP is a departure from its prior position on the matter. City officials had previously pushed back on Ainsworth’s remarks, arguing that the position was “in direct conflict with the Commission’s prior actions.”

In the weeks following Ainsworth’s statement, the city issued a press release citing a recent instance in which the CCC waived its CDP requirement for a temporary housing facility in Venice.

The city had noted that the city of Venice’s shelter “was far more intense than the temporary campsite in San Clemente.”

According to the city, the Venice shelter sits on a Metropolitan Transit Authority-owned maintenance yard and has the capacity to house 100 homeless adults and 54 transitional age youth. It also includes a 9,900-square-foot tent structure and nine trailers for habitation, hygiene and storage.

“It’s inconsistent for Commission staff to determine that the Venice temporary homeless shelter project qualifies for a waiver and the San Clemente campsite would not,” Cecilia Gallardo-Daly, the city’s community development director, said in that Sept. 26 release.

Noaki Schwartz, spokesperson for the Coastal Commission, previously explained that the agency didn’t waive the permit for the Venice project. According to her, the city of Venice had submitted an application for the permit, which the CCC staff reviewed.

“We need a complete coastal development permit application from the city in order to determine what kind of permit would be appropriate for the development and what resources could be impacted, such as water quality, for example,” she had written in an email. “However, we cannot make that determination until we have all of the information from the city, which would be provided with the coastal development permit application.”

The temporary Pico encampment is scheduled to expire next June, when the city must find an alternative location to house the city’s homeless. Currently, the city is looking at space near Avenida Fabricante and Calle Extemo.