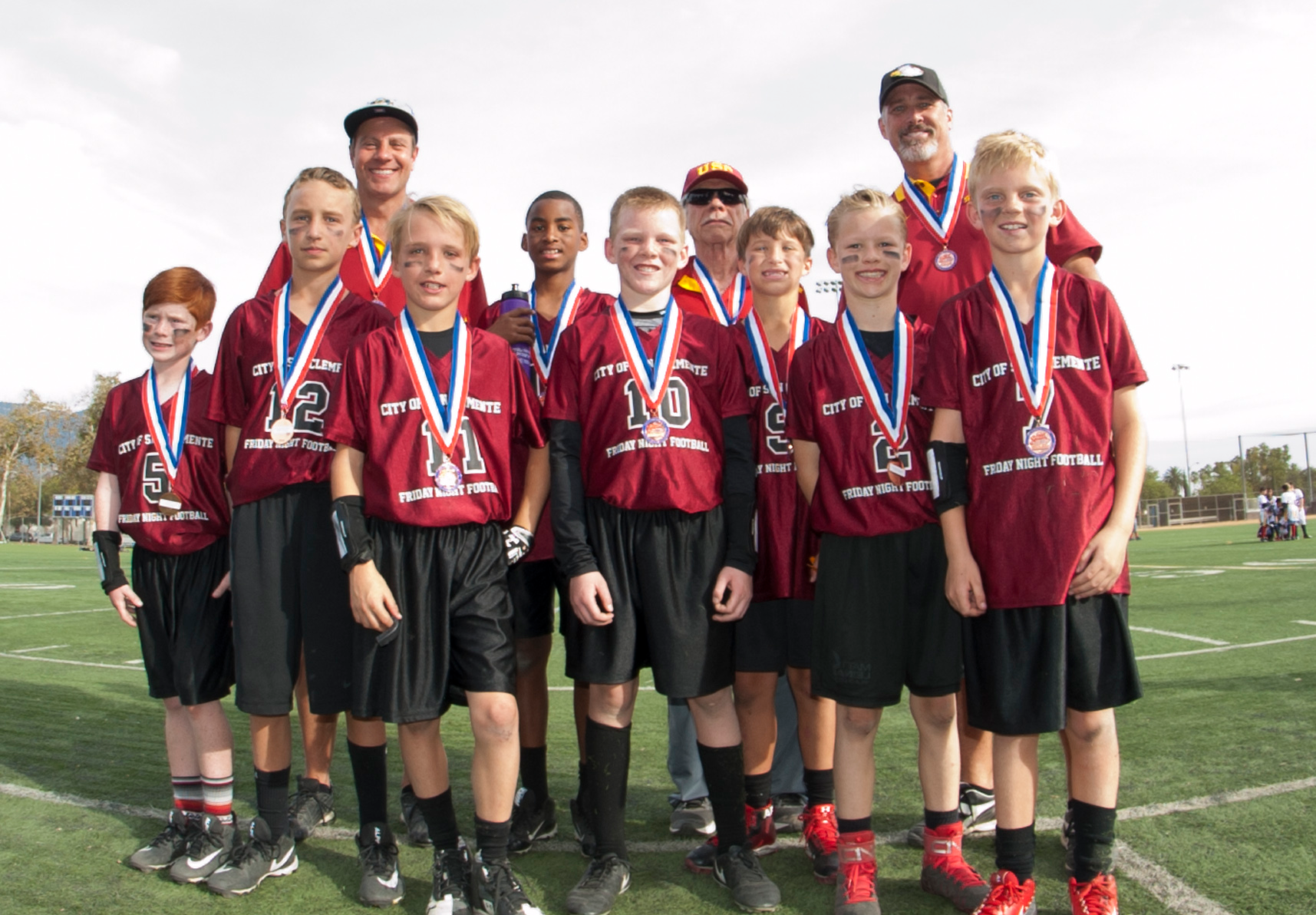 A team of youth flag football players from San Clemente had an excellent showing at the Southern California Municipal Athletic Federation’s flag football championships in Pasadena over the weekend.

The players, who range from ages 8 to 10, won three games at the event, culminating with a win over a team from Downey to claim third place overall in Division C.

The San Clemente-based team, dubbed the Cyclones, beat defending Southern California champion Porterville and a team from Carson to set up a semifinal game against Blythe. Blythe edged the Cyclones and went on to win the 8-on-8 tournament.

In the consolation bracket, the Cyclones defeated a team from Downey, 14-12, to claim third place. The Cyclones suffered an injury to a player early in the game and, with no substitutions available, had to play most of the game a man down.

The United States Youth Volleyball League announced that registration for its spring program in San Clemente is now open.

The eight-week developmental league is open to boys and girls ages 7 to 15 and will be held at Talega Park starting April 10. Practices will be held on Tuesdays from 6 p.m. to 7 p.m. and games will be on Sundays at 9 a.m.

The program is designed to teach participants the principles of teamwork, sportsmanship and skill development.

For more information or to register, email info@usyvl.org or visit www.usyvl.org.