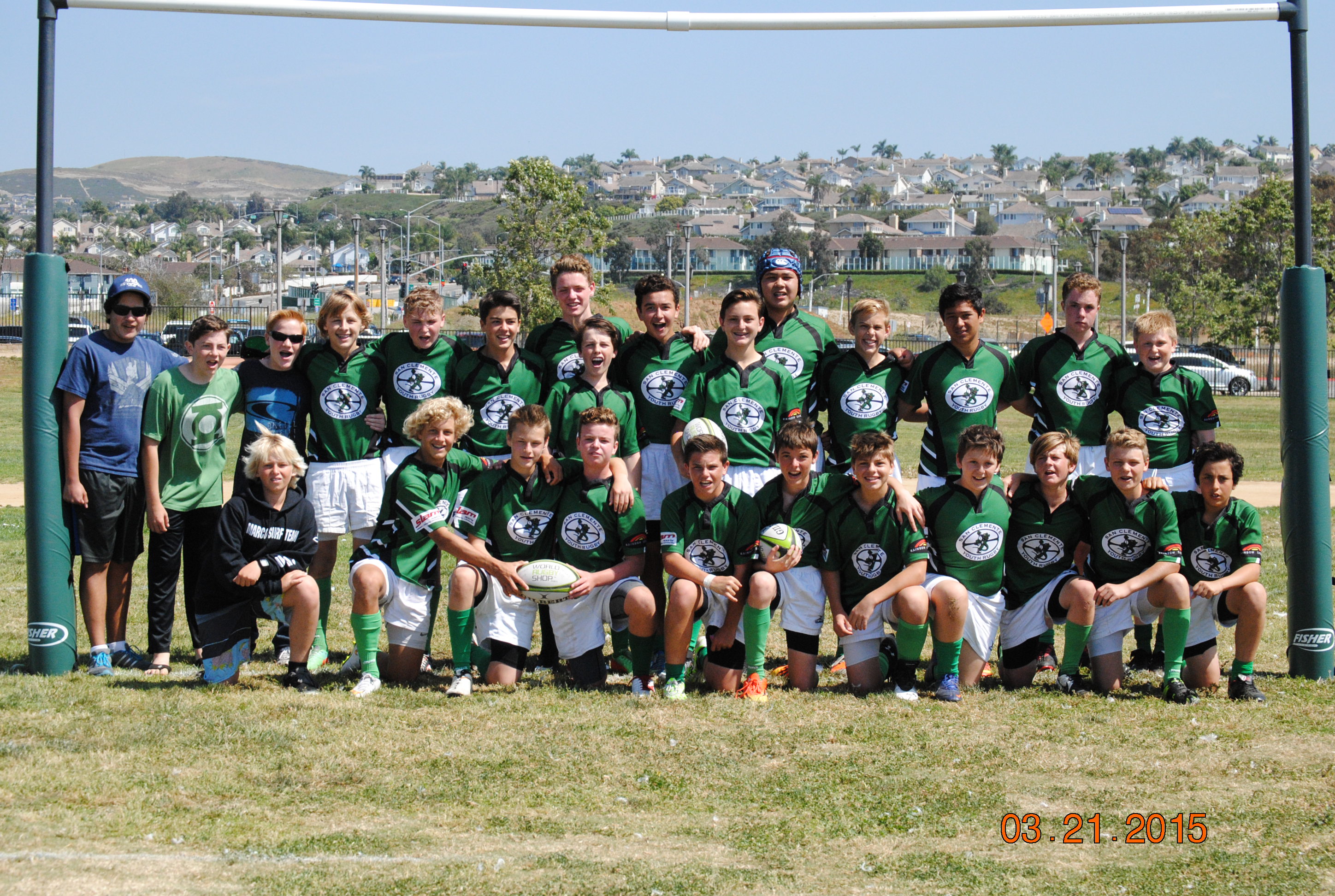 The club’s U14 boys gold team took first place at the 2015 San Diego Championship and, after winning two consecutive playoff games, will play for the U14 Southern California State Championship on March 28. The Gators will play South Bay in the finals.

The U14 team went undefeated on the season, outscoring opponents by a combined 92-46 margin en route to a perfect 9-0 regular season.

In the postseason, the Gators defeated Ventura County in the quarterfinals and Temecula, 19-7, in the semifinals to earn their berth in the title match.

On March 21, the club’s U10 boys team won their division at the 2015 San Diego Youth Rugby Cup, defeating the Irvine Rhinos in the championship game. The San Clemente squad won in sudden death overtime when the Gators’ Benji Prather passed to Jake Beauchaine for the winning try.

The San Clemente Surf girls U16 soccer team finished second in their division at the Las Vegas Players Showcase tournament, which ran from March 20-22. The San Clemente-based club competed against some of the best club soccer teams from around the country in front of roughly 450 collegiate coaches in attendance, according to the club’s director of coaching Chris Murray.

Tournament highlights for the SC Surf team included a 4-1 win over AUFC Blitz from New Mexico and a tournament-capping 2-1 victory over Pleasanton Rage from Northern California.

The Orange County Water Polo Club boys 14U blue team went a perfect 5-0 in the platinum division of the Turbo OC Cup Tournament on March 15, earning them the first-place trophy.

The team, which draws players from San Clemente and Dana Point, defeated San Diego Shores in a shootout in the championship match.