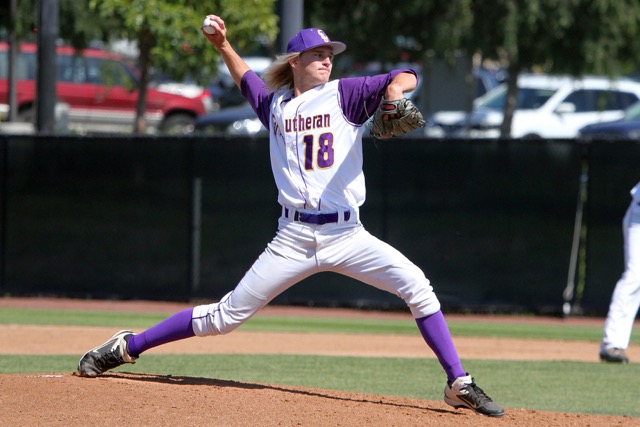 It was the first Division III title in Cal Lutheran program history.

Pautsch, a right-handed pitcher, started the first game for Cal Lutheran in the championship series. He surrendered seven runs (four earned) and eight hits over five innings. While it wasn’t his best outing, Pautsch was instrumental in the team reaching the championship.

Pautsch, the team’s No. 1 starter, tossed a gem in the Division III tournament’s opening round against Wheaton. Pautsch pitched eight innings, allowing just two runs while striking out 10 in a 4-2 victory.

In its first-ever appearance in competition, the San Clemente Triton Rugby Club’s girls U12 team had a strong showing. The newly formed team went undefeated in the Torrey Pines 7s Rugby Tournament in La Jolla and captured the division title on June 17.

The local team was formed just one month ago, and plans on having a busy summer schedule full of competitions.

Brad Skovbo and Brian Rother have over a combined 70 years of experience in pole vaulting, and are offering to share their knowledge of the sport with interested Capistrano Unified School District student-athletes during a summer pole vault camp at San Clemente High School.

The camp will run twice a week during the summer. Practice schedules will be fluid and will adapt to the needs of each camper. All skill levels are welcome.

During each lesson, participants will learn the different skill sets required for the pole vault, including strength and body coordination.

For more information or to register, email Skovbo at mbskovbo@gmail.com.