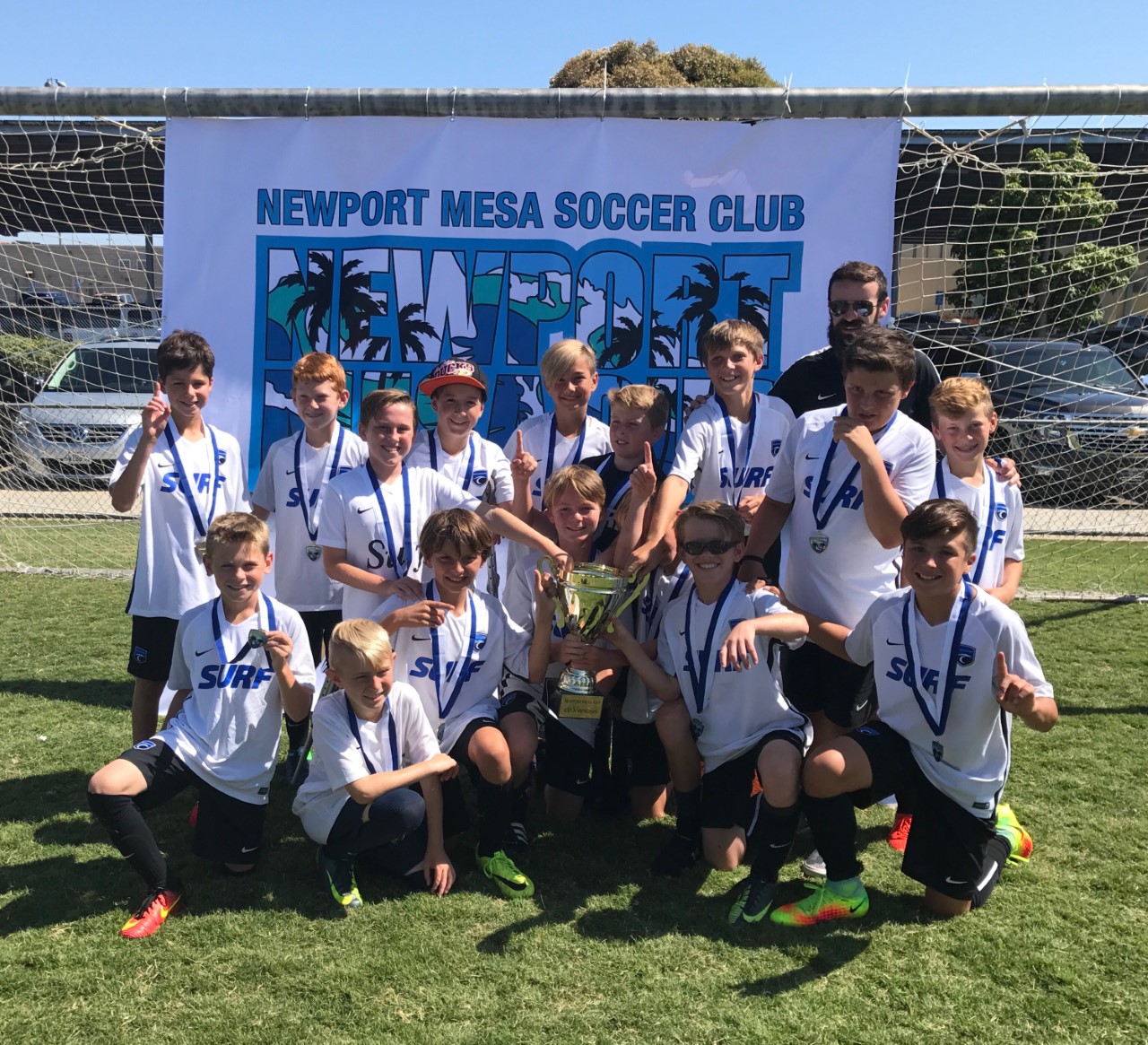 The San Clemente Surf youth soccer club had two teams that excelled on the pitch over the Memorial Day weekend.

The club’s Boys 05’s team won the Newport Mesa Tournament on May 28. The team, which consists entirely of players from San Clemente, scored 21 goals in three games to reach the championship. The team defeated AC Brea 2-1 in the final.

The club’s Girls 2003 EGSL team advanced to the finals of the Newport Mesa Tournament, but lost in penalty kicks in the final. The team won its group in pool play, where it did not concede a goal.