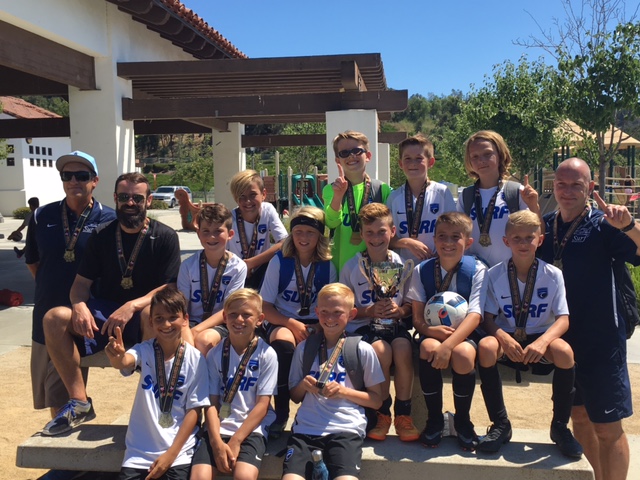 The local team, which won the boys U11 division, bested a large field of local teams over a two-day stretch. The SC Surf team defeated Laguna United FC White 3-2 in the championship game at Forrester Ranch Park.

All camps run from 10 a.m. to 1 p.m. and campers will be taught all aspects of the game.

For more information or to register, visit www.tritonfootball.com.