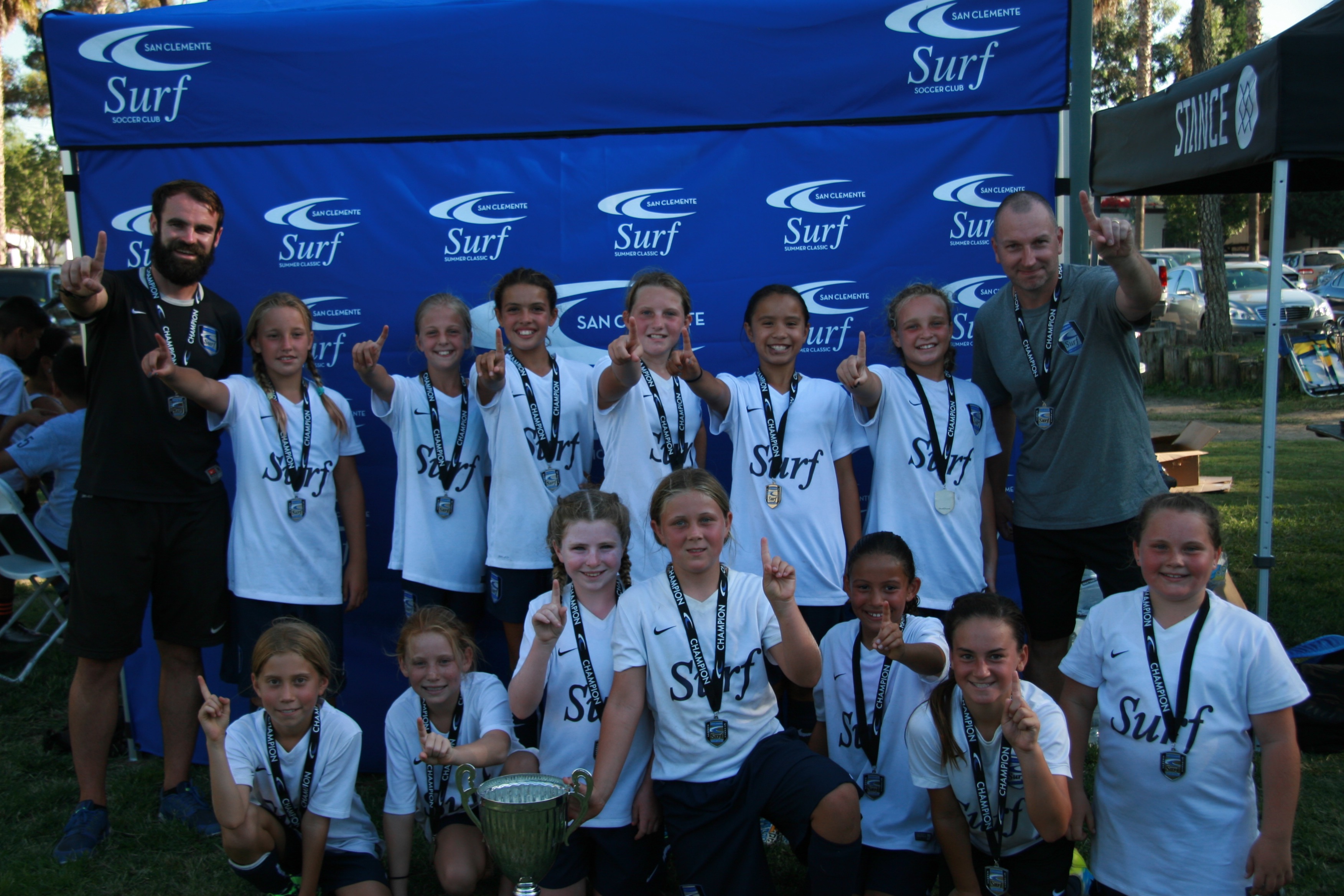 The San Clemente Surf soccer club has been busy competing in the summer tournament circuit and had teams earn several divisional wins over the past few weeks.

The club hosted their annual San Clemente Surf Classic tournament Aug. 22 and had two teams reach the winner’s circle. The club’s girls 11 team and the boys 12 team won their respective divisions, while the club’s boys 8 and boys 13 teams reached the championship games in their divisions.

The club’s boys 8 and boys 9 teams also competed in San Diego Sept. 5-7 at the Notts Forrest Labor Day Tournament and took home the gold medals in their divisions.

The Triton Rugby Club will begin their inaugural season in Dec. Check back to the San Clemente Times for more information in the coming weeks.