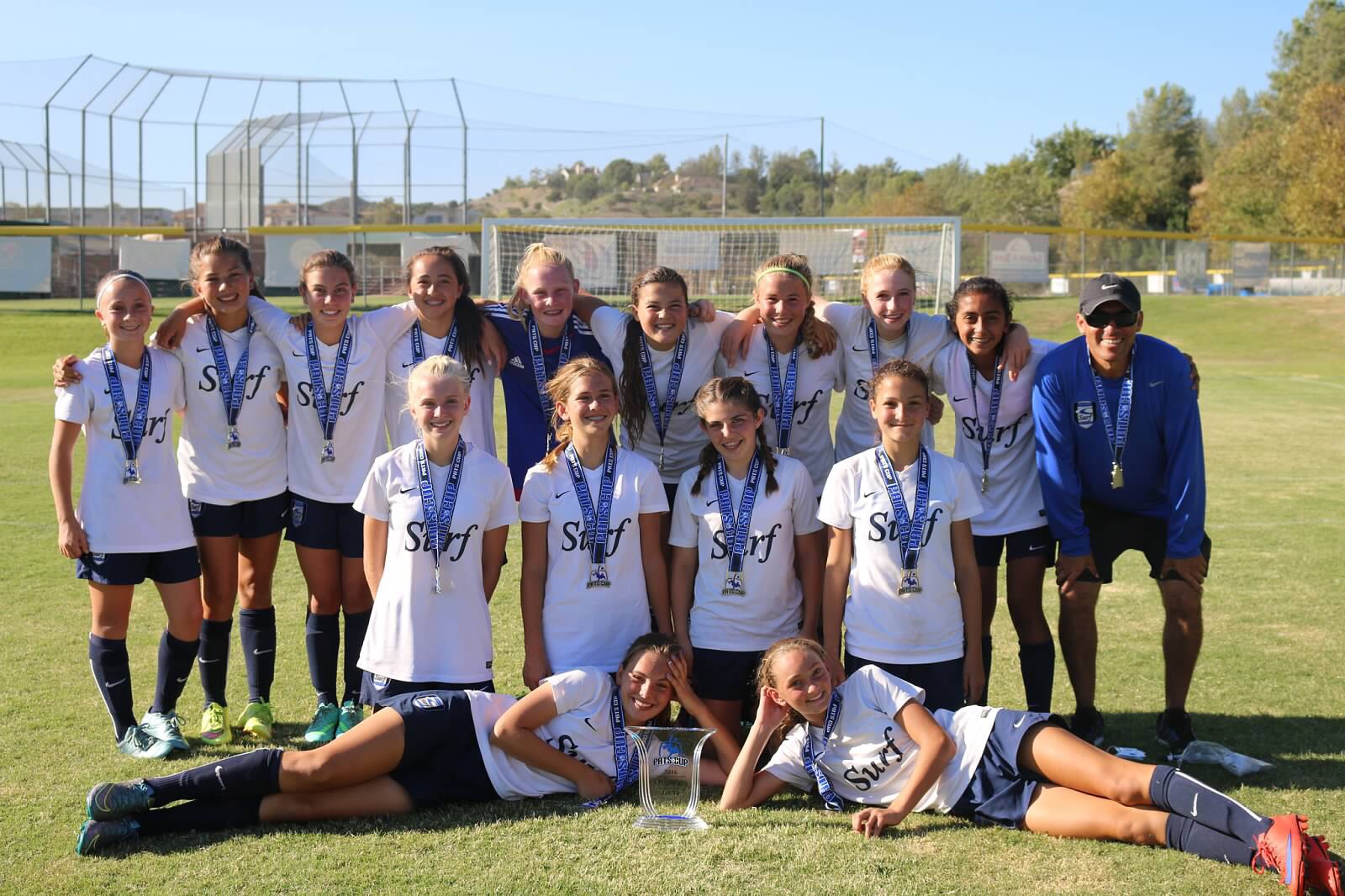 The San Clemente Surf girls 2003 team placed first in the G’03 Mercurial Division at the Pateadores Cup on July 24 in dramatic fashion. The local club defeated Pateadores LA in a penalty kick shootout, 5-4, to claim the championship.

The team, which draws players from San Clemente and San Juan Capistrano, scored 28 goals in four games to win its division at the tournament.

The California stop of the Shootout for Soldiers charity lacrosse exhibition will be held at Dana Hills High School from August 6-7.

The event, which aims to use the sport of lacrosse to engage communities across the nation with local military veterans, is a day-long, continuous lacrosse game that features dozens of local teams. Shootout for Soldiers has become famous for providing teams the chance to compete in one of 24 one-hour games.

One of the highlights of last year’s Shootout for Soldiers event in Dana Point was a game between active-duty soldiers and veterans. The event raised $23,975, which was added to the program’s nationwide total of $408,931 raised in 2015.

For more information on the event, visit www.shootoutforsoldiers.com.