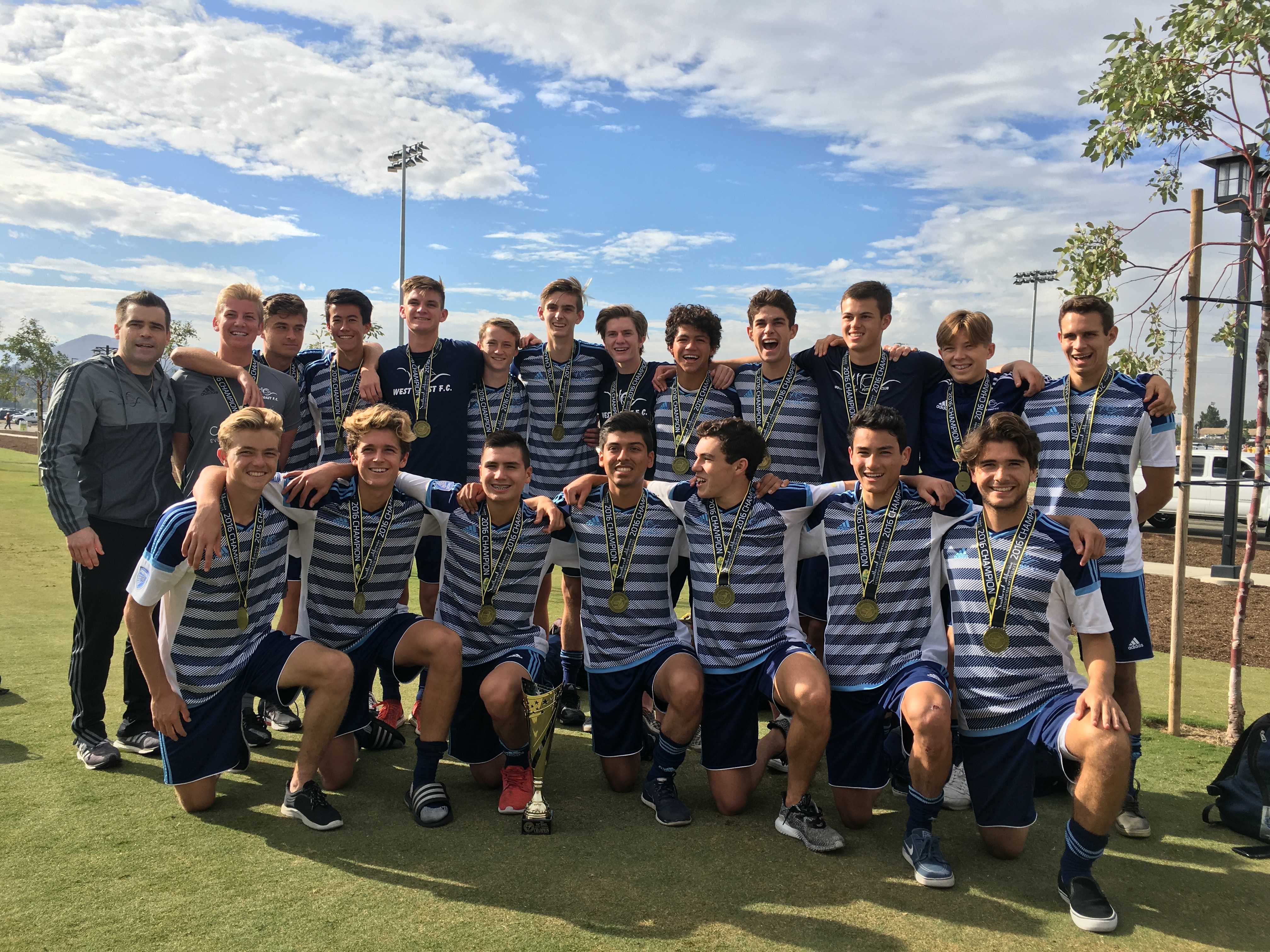 The West Coast Futbol Club’s Boys 1999 team punched its ticket to the Far West Regionals tournament in Seattle this summer following a first-place finish in the Cal South Regional League.

The local team, made up of players from San Clemente and San Juan Capistrano, will travel to Seattle on June 19 and compete in the prestigious tournament that features the top club soccer teams on the West Coast.

The West Coast FC team locked up its first-place finish with a 3-1 win over Albion SC on April 2. The team recorded the strongest goal differential in its league by a wide margin, allowing just five goals while scoring 24 in eight matches.

Stever, who wrestles in the 7- to 8-year old division and Morales, who competes in the middle school division, had to compete against the best wrestlers in the state over the two-day event. Morales placed seventh in his division, and Stever placed eighth.

The tournament capped off successful seasons for both young grapplers, who had to qualify through multiple regional events to reach the SCWAY Championships. A highlight of the season for Morales and Stever came at the Orange County Championship tournament, where Stever placed first and Morales placed fourth. The high finishes qualified the two wrestler’s spot in the state championship.