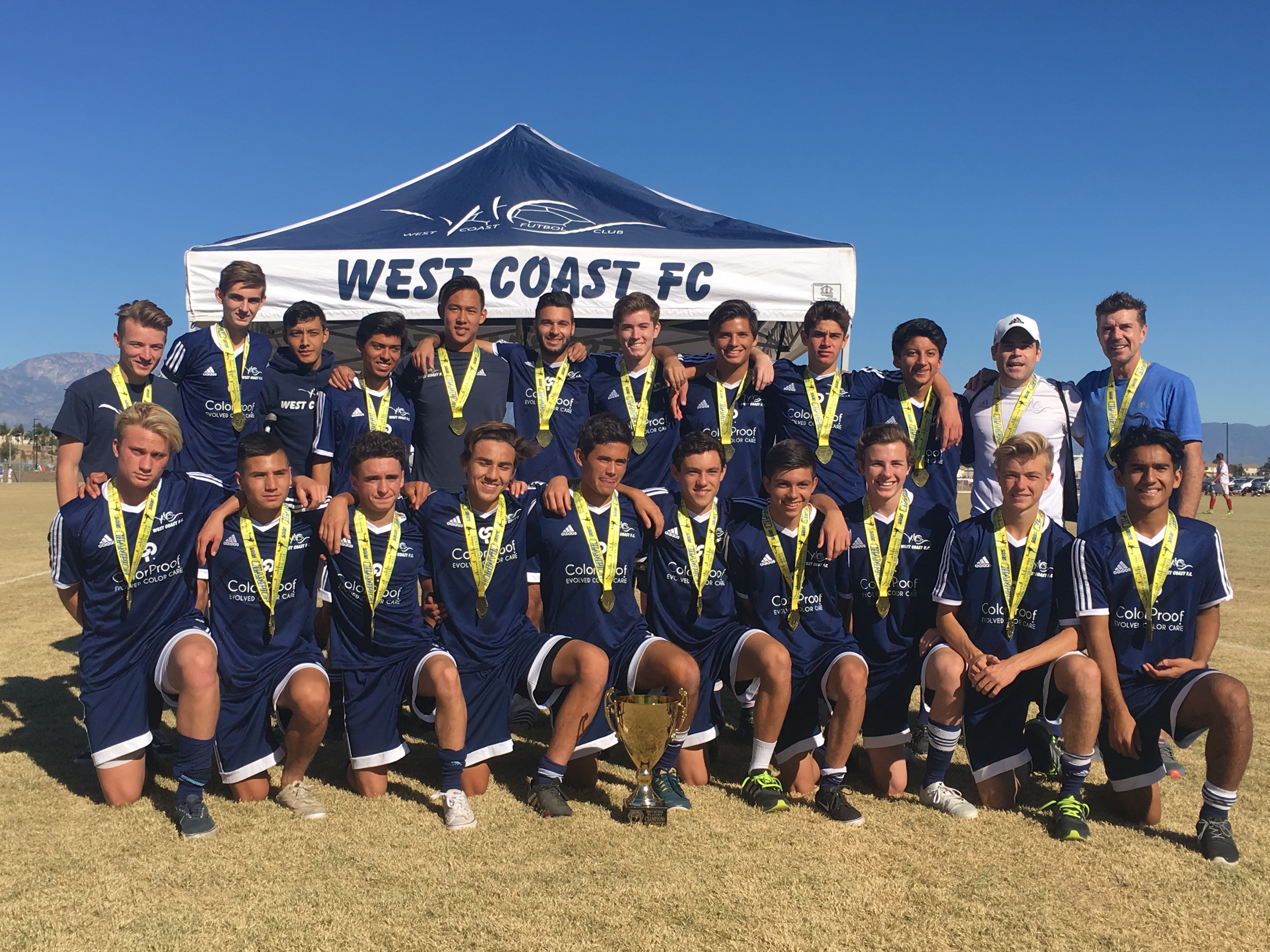 The local team, which draws players from San Clemente, San Juan Capistrano and surrounding cities, defeated RSF Attack B98 Academy I, 2-0, in the championship match.

The West Coast FC team finished second in the regular season, compiling an overall record of 7-2-1, and entered the playoffs as the No. 2 seed in the 16-team field.

In four playoff games, the West Coast FC team did not allow a goal and outscored their opponents by a combined 7-0 margin.

The South Coast Youth Football Pop Warner PeeWee Triton Cheer team finished first at the WESCON Regional Cheer & Dance Championships on the campus at San Diego State University on Nov. 22. The win qualified the local team for a spot in the 2015 Pop Warner National Cheer & Dance Championships at Walt Disney World Resort in Florida on Dec. 8. The cheer team is the first from SCYF to qualify for nationals.

The team, which is made up of 17 San Clemente girls ages 9-12, is raising funds to help offset travel costs for the national championships. The team has set up a GoFundMe account, www.gofundme.org.com/tritoncheer. For more information regarding donations, email Amy Vilardo at amyvilardo@yahoo.com.