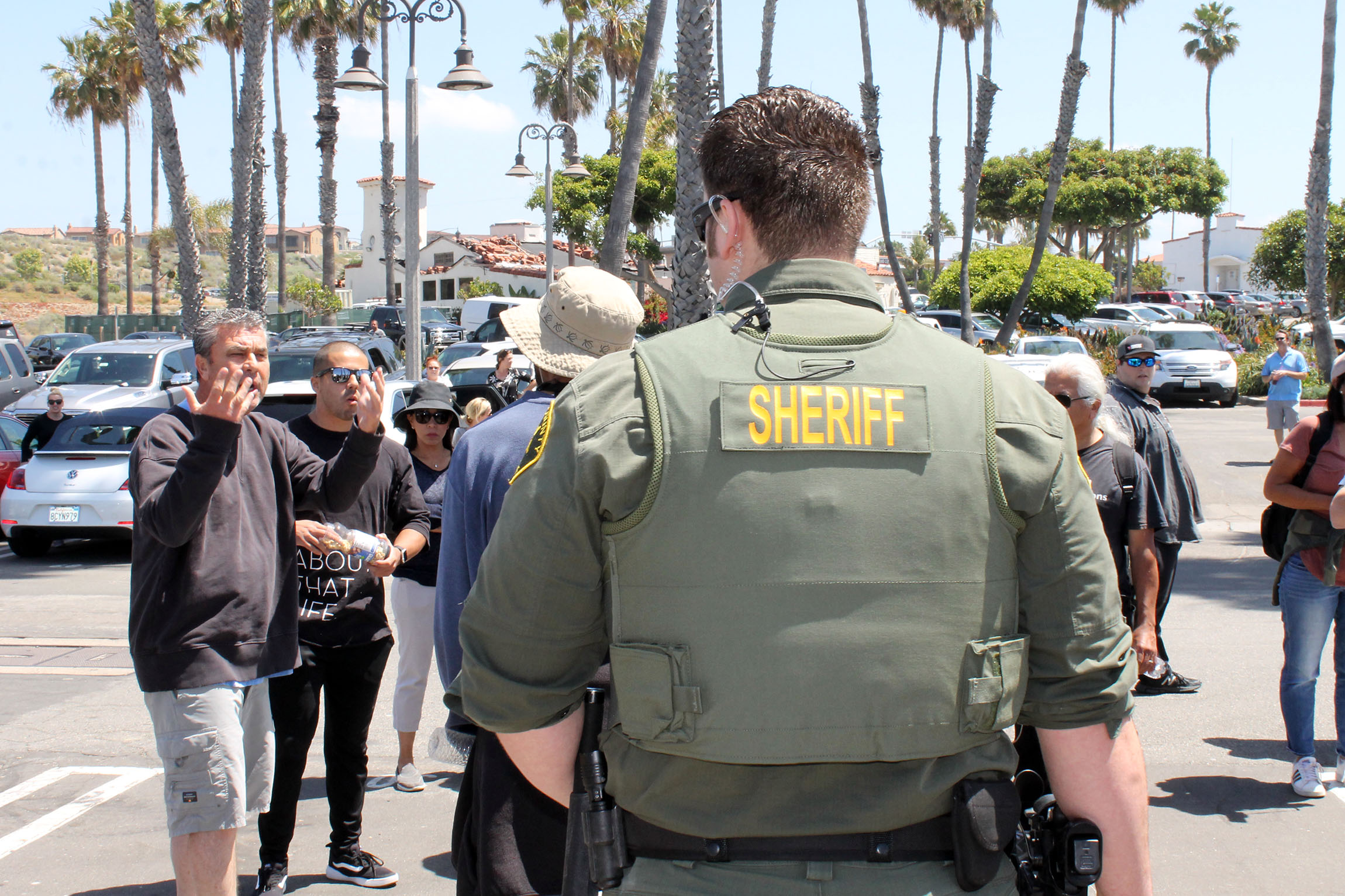 The city of San Clemente’s relationship with county law enforcement continued to show signs of strain in the weeks since the U.S. Supreme Court decided not to take up the landmark homelessness case Martin v. City of Boise.

Speaking by phone recently with San Clemente Times, Mayor Dan Bane noted that there’s definitely been “frustration across the board” as cities and the Orange County Sheriff’s Department struggle to share a single interpretation of the Boise ruling.

“That ambiguity is going to exist for the foreseeable future,” said Bane, who had sent a letter to Sheriff-Coroner Don Barnes last month regarding anti-camping ordinances and enforcement of homeless individuals who refuse services.

The U.S. Ninth Circuit Court’s 2018 ruling under Boise bars municipalities from enforcing anti-camping laws unless adequate shelter beds are provided. Backed by the support of several municipalities in California, including San Clemente, the city of Boise asked SCOTUS to take up the case.

However, it opted not to do so last month, leaving cities to figure out the next steps. After the decision, Bane reached out to Barnes, seeking the sheriff’s position on how law enforcement should handle campers who deny assistance and shelter.

In a Dec. 26 letter responding to the mayor, Barnes wrote that OCSD has “continually deployed a strategy of outreach and enforcement, prioritizing opportunities to connect individuals with services and immediate shelter.”

Barnes also noted that OCSD’s enforcement of anti-camping laws is preceded by outreach efforts to find shelter availability within the respective Service Planning Areas. If someone refuses services and doesn’t comply with a warning to relocate immediately, then the applicable anti-camping violation can be enforced.

“Unfortunately, the prevailing federal case law is ambiguous and fails to provide necessary clarity on the type and number of shelter beds necessary for enforcement,” Barnes added in the letter. “I have continually encouraged the City of San Clemente to consider options that provide reasonable and appropriate shelter opportunities which allow for enforcement of status-related violations.”

Asked about the city’s strategy moving forward after Boise and the possibility of a shelter coming to San Clemente, Bane said no option is off the table.

“We’re considering our options. We’ve looked at a couple of different options; I don’t think that means we’re running forward with a shelter,” said Bane, who also stated that the city has continued to discuss the idea of a regional shelter with officials from neighboring cities.

For new Councilmember Gene James, however, Barnes’ response did not sit well, as he took to social media days later to express his frustration with the sheriff. James accused Barnes of failing to answer the question of why deputies aren’t allowed to take action against “service-resistant vagrants.”

“Mayor Bane had only one request in his letter and that was for the Sheriff to clarify OCSD’s position on enforcing our laws against service-resistant offenders,” James wrote. “I saw conflicting statements by Barnes that only muddied the waters further.”

James stated that he believes “taking action with service-resistant individuals” is compliant with the Boise ruling. And in the 566-word post to his political Facebook page on Dec. 29, James cited Barnes’ letter, which had him “pondering the city’s relationship with OCSD.”

“There is no doubt, the relationship has been rocky in the recent past. To that, I would say it takes two to tangle,” James said in the post, before stating that a meeting he recently had with Barnes gave him the impression that the sheriff is frustrated with the city.

“I have spoken with Sheriff Barnes, and there is no doubt in my mind he has an extreme level of frustration with San Clemente,” he said. “His words to me in a recent meeting at his office were, I have no obligation to provide law enforcement services to the City of San Clemente.”

James wrote that Barnes’ recent comments reminded him of the June 19 letter the sheriff had written to the city when the council’s deliberations to renew the police services contract for another fiscal year stalled leading up to the July 1 deadline.

Barnes had written that OCSD was under no legal obligation to continue providing the city law enforcement services outside of a contract, SC Times previously reported. While the contract did allow for a one-time extension, Barnes said without one, San Clemente wouldn’t have had police services after the deadline.

“There is a very unfortunate pattern of behavior that I find disturbing,” James had written last month.

In response to James’ post, Sheriff Barnes told SC Times via email that his statement was taken out of context. He then explained that while OCSD “provides exceptional service to San Clemente at an affordable cost,” cities and the county can choose to end services with a 180-day notice.

“It’s the obligation of the municipality to provide law enforcement services to their residents. They currently contract with our Department,” Barnes said in the email, adding that “if services are not being provided in a way that meets the needs of either party, there is an option for either party to terminate.”

Barnes then goes on to state that the city can always decide to establish its own police department that would enforce the laws it believes OCSD hasn’t. However, he added, his preference “is to continue the collaborative partnership with San Clemente that we have had since 1993.”

Pointing to the part in the letter where Barnes encouraged the city to establish a shelter in San Clemente, James assured constituents that as a councilmember he would “oppose” such a thing “with every fiber of my being.”

Nearing the end of his post, James expressed his “highest regard for our deputies, investigators and sergeants working to protect our city, but I am starting to have significant concerns related to the message the Sheriff is sending down his chain of command.”

“From the leadership (of) OCSD, I want to see robust law enforcement and creative solutions. Those solutions have not been forthcoming, and the Sheriff holds the key,” James wrote, before closing that he would like the city to “reset our relationship with OCSD before it worsens.”

Barnes said that while the Boise ruling does restrict OCSD’s enforcement of anti-camping laws when there are no shelter space options available, those restrictions “do not constitute a hands-off approach.”

According to Barnes, he created the 25-deputy team of Homeless Liaison Officers who work with the county’s outreach personnel throughout South Orange County to offer services to those willing to accept help.

“When criminal activity occurs, we act and make arrests. When the City has offered solutions that fall within the scope of the law, I have been more than willing to work collaboratively,” he said, pointing to the city’s recent ordinance that banned four-sided tents in public spaces.

Sharing James’ thoughts on “solutions” that are innovative, Barnes said that “homelessness is a community issue and cannot be solved by law enforcement alone.”

“At the local government level, we often have to address the consequences of poor public policy from the State or misguided court rulings,” Barnes said in the email. “The challenge is to find innovative solutions that accomplish our goals despite the hurdles.”