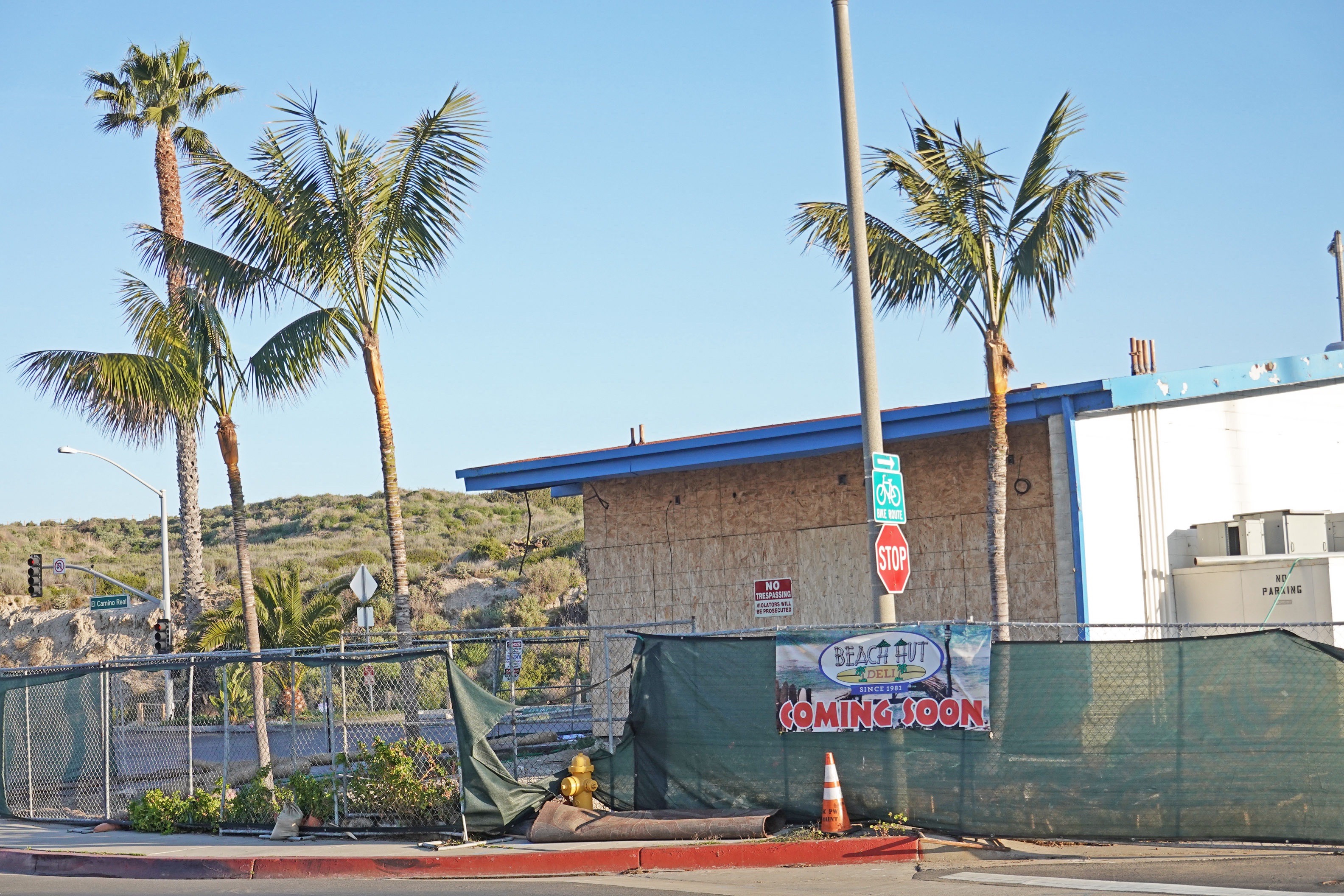 The Beach Hut Deli, a new business coming to San Clemente’s North Beach, is still in the works, having halted a remodeling last year.

The remodel is being redesigned to better reflect a Spanish Colonial Revival architectural motif that the city requires in designated gateways into town.

The city’s Design Review Subcommittee reviewed a new set of drawings at a meeting on Feb. 12. Committee members called the new look much better than a previous one sent back to the drawing board last summer after a review.

Members of the design panel generally supported the new look submitted by Bill Peters, a new architect brought into the project. They offered suggestions and asked Peters to submit a complete set of materials to look at during a final review, before sending the new design to the Planning Commission for possible approval.

The main lingering question is how to provide nice-looking Spanish roof tiles without pushing the cost of the remodel beyond feasibility. The roof won’t support clay tiles, the panel acknowledged. Members suggested alternative tile materials for an authentic look.

The city is requiring a “minor cultural heritage permit” for the remodel. Panelists said the shape of the building—originally built as a gas station—doesn’t lend itself to easy rebirth as Spanish style.

“The building is no box of chocolates,” the architect observed.

Culbertson supported the direction the remodel is taking, acknowledging the design challenges that Peters faces trying to remake the building.