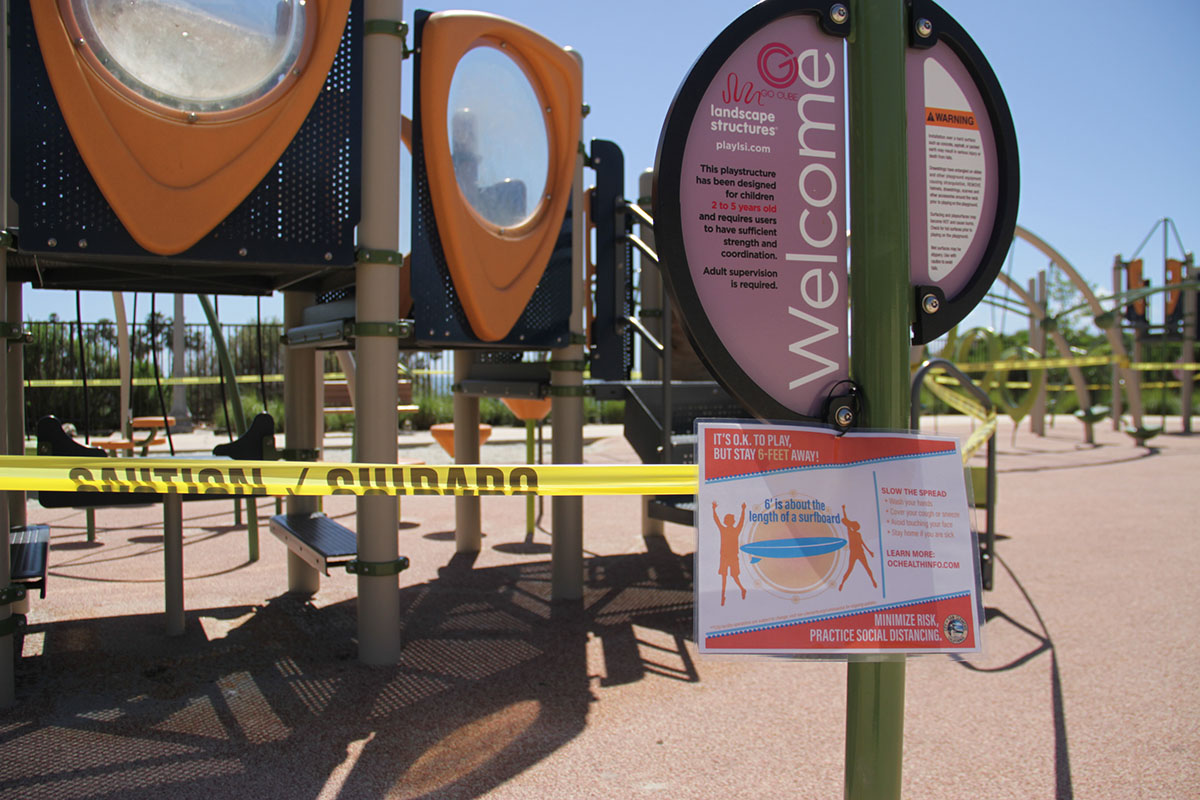 The city council directed staff on Tuesday, April 28, to draw up a plan to begin lifting restrictions at San Clemente’s parks, as well as call on the support of neighboring cities to send a joint letter to the governor urging him to reopen businesses.

Councilors voted unanimously in favor of having staff draft a comprehensive plan to reopen San Clemente’s active and recreational parks to the public. That plan will be presented to the council at the next regular meeting on Tuesday, May 5.

The council had convened the special meeting via teleconference to discuss a proposal to reopen the parks on Friday, May 1, while also to consider the letter to Gov. Gavin Newsom and potentially reopen beach parking lots and the pier.

At the outset of Tuesday afternoon’s meeting, Councilmember Chris Hamm proposed eliminating the discussions related to the reopening of the San Clemente Pier and beach parking lots, and the lifting of recently imposed active-use restrictions at the beaches—all proposals acting Mayor Laura Ferguson had requested.

Amid the coronavirus pandemic, the city had closed off access to many of San Clemente’s active parks that are primarily used for recreational and organized sports, including the Vista Hermosa Sports Park, as well specialty facilities such as Ralphs Skate Court and the Ole Hanson Beach Club, interim City Manager Robert Dunek explained.

“One of the issues that led to the closures was entire teams of soccer players were going down to the parks to play pick-up games,” Dunek said.

While the city has also restricted access to playground equipment, and tennis and basketball courts, passive parks and neighborhood parks have remained open throughout the health crisis, according to Dunek.

During deliberations, Councilmember Gene James proposed that instead of reopening the active parks ahead of this weekend, they be reopened the following week on May 8.

Ferguson said that she was hoping to see the parks reopen this week, as residents “have been bursting at the seams” to get outdoors.

“People are ready, the weather is beautiful,” she said, adding: “I’d love to see it done this week.”

While James agreed with her sentiment, he asked Dunek for his insight on the matter.

“In my conversations with staff, similar facilities will take us longer than May 1 to open,” Dunek responded. “For example, the playground equipment at our parks have been modified to make sure there’s no use. . . . We could benefit from additional time.”

Ferguson then asked if some parks could reopen by May 1, suggesting a phased approach, while also inquiring about the readiness of the skate park, which the city had recently filled with 37 tons of sand to deter skaters who were violating no-trespassing signs.

Dunek had previously said that nothing precludes the city from reopening the skate park, but noted that managing social distancing “might be more difficult, at least given the way that it’s used.”

One measure the city could impose is an occupancy limit similar to the Sunday Farmer’s Market, where only 50 people at a time are allowed entry, he said. Such an endeavor, Dunek added, would require more than a few days to set up before May 1.

As for reopening the active parks on a rolling basis, Dunek said that is doable.

Later, Hamm proposed that the city come up with a comprehensive plan to begin reopening the parks and then present it to the council at the May 5 meeting.

Additionally, the council also discussed sending a letter to Gov. Newsom and the county, imploring the officials to allow businesses to reopen on May 1 with safety guidelines. The draft letter states that local businesses are on the verge of failing and that unless immediate action is taken, shop owners could resort to creating “an underground economy.”

“If action is not taken very soon, business owners and restaurateurs will no longer fear losing their business, liquor and/or food service licenses; they will create an underground economy of products and services being delivered and rendered without any regulation or collection of tax revenue,” the draft letter states.

Before agreeing to send the letter, the council instead voted unanimously in favor of reaching out to neighboring cities such as Dana Point and San Juan Capistrano to see if they would like to be included, showing a united coalition of South County cities.

The next council meeting is scheduled for May 5 at 6 p.m. The meeting can be live-streamed through the city’s YouTube channel.