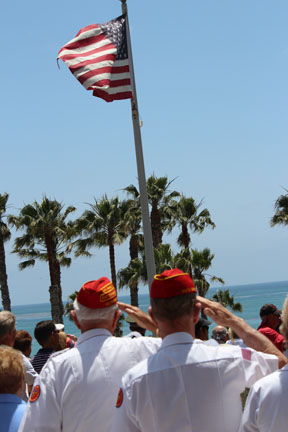 The city of San Clemente will hold a virtual Memorial Day celebration on Monday, May 25, when community dignitaries will commemorate fallen soldiers of war and honor those who fought for the nation.

Acting Mayor Laura Ferguson will deliver the welcoming address, with San Clemente Police Chief Lt. Edward Manhart leading the Pledge of Allegiance. Jim Davis is scheduled to provide the invocation and benediction during the ceremony, which will also feature music from Christopher Anderson, a professional operatic tenor, according to the city.

The Memorial Day Observance video will be posted on the city’s YouTube channel at 10 a.m. on Monday. This year’s event will also be included in the city’s virtual recreation programming and can be view through the city’s website at san-clemente.org/scvirtualrec.