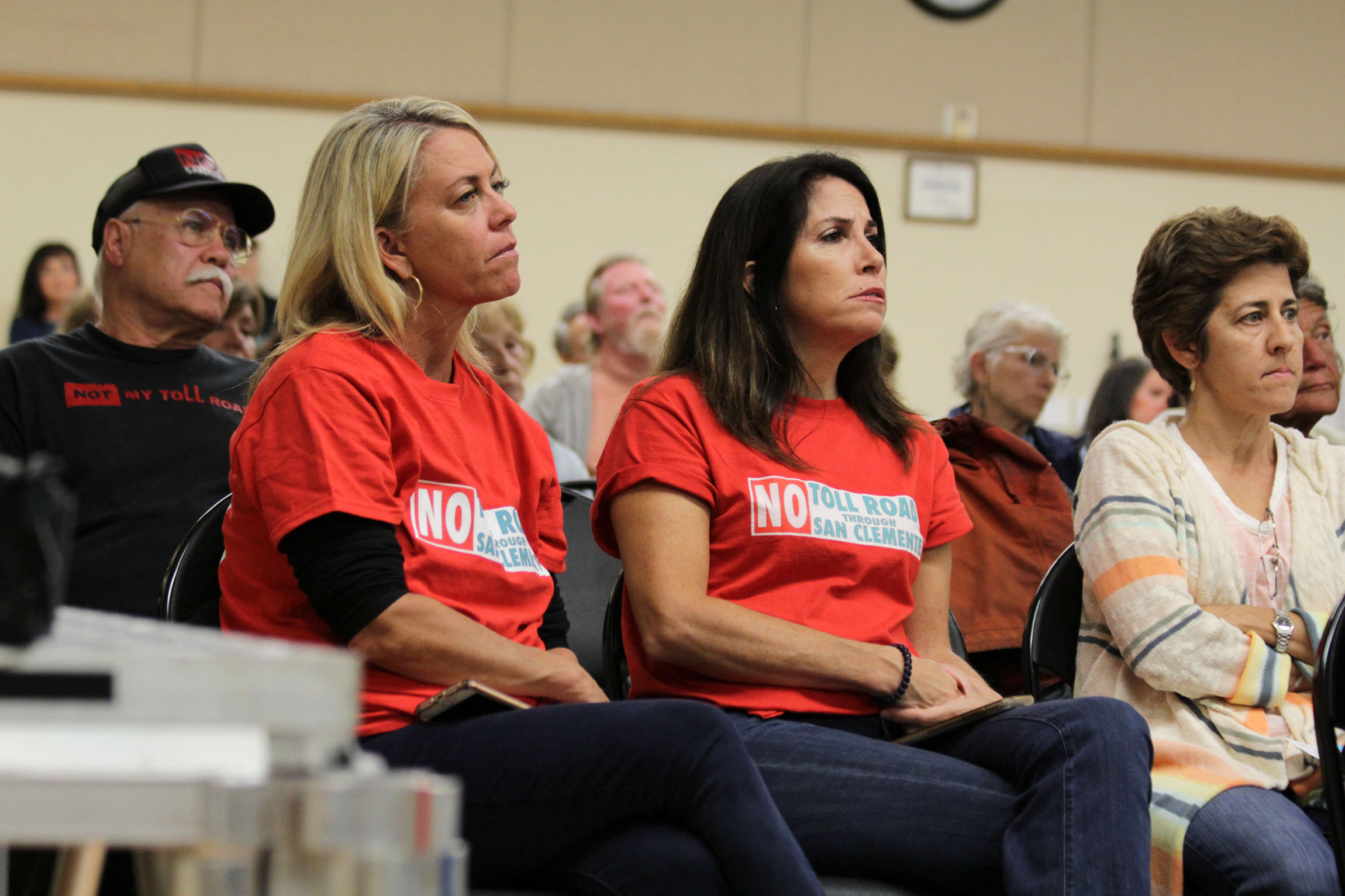 The city in early November is slated to hold a virtual town hall to provide the community a formal update on issues related to the 241 Toll Road and ongoing battles against the Transportation Corridor Agencies (TCA), Councilmembers Kathy Ward and Gene James announced this month.

The town hall, scheduled for Thursday evening, Nov. 5, will come nearly a year since the city last held a toll road town hall, which included representatives from the TCA, state elected officials and was led by then-acting-Mayor Dan Bane

“The city will be providing an update to the public on the status of the toll road extension, what progress the city has made and various other information about that,” Ward had said during the council’s Oct. 6 meeting, initially announcing the plans to conduct the town hall. “We will also be introducing the issue of development impact fees that San Clemente collects and has been sending to the toll road.”

In early September, the city council voted to initiate a challenge to the TCA’s development impact fees (DIF) that San Clemente residents and developers pay. The city argues that because the southern alignment of the 241 was never completed, residents never benefited from the road.

Property owners of new development built within the cities and unincorporated areas that benefit from the toll roads pay the impact fees.

“These fees are applied to the costs incurred in constructing and improving the roads, which have undoubtedly benefited the residents and businesses of the member agencies, including San Clemente’s,” the TCA has previously stated.

In 2016, the TCA abandoned plans to complete the southern alignment, or “green alignment,” of the 241 to Interstate-5. The initial alignment was contested by environmental groups that eventually led to a settlement agreement establishing an “avoidance area” that included the San Mateo Watershed and Trestles south of San Clemente.

Following the settlement, the TCA considered alternative routes to connect the 241 to I-5—some passing through San Clemente and parts of San Juan Capistrano. However, this past spring, the TCA’s boards of directors abandoned those plans to instead focus on the untolled extension of Los Patrones Parkway.

The city, Ward said, will be “announcing our protest on further collection and transfer of the impact fees now that the TCA has voted to stop the toll road extension of 241, which presently ends at Oso Parkway—and that is not in the San Clemente area.”

During the council’s Oct. 20 meeting, James confirmed the Nov. 5 date of the town hall, with acting City Manager Erik Sund announcing it would take place at 5:30 p.m.