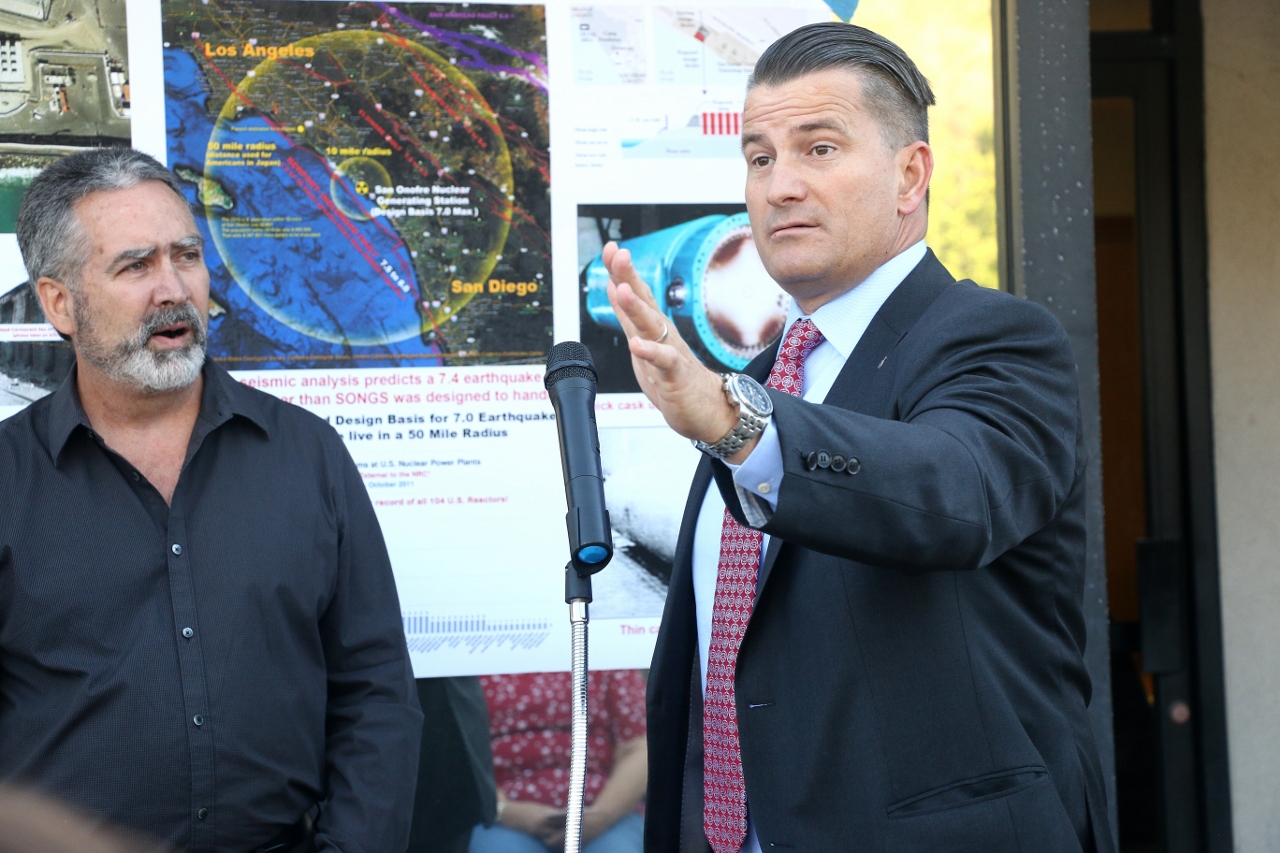 Updated 4:30 p.m. on Thursday, May 4: Click here to real the final draft of the letter to Coastal Commission

City Council on Tuesday, May 2, voted to amend certain sections of a letter members intend to send to the California Coastal Commission regarding the city’s opposition to storing spent nuclear fuel at San Onofre Nuclear Generating Station (SONGS).

The Council directed the city clerk to amend the language of the letter, and it will be approved for submittal by Council members Lori Donchak and Mayor Pro Tem Tim Brown.

It was at or past capacity at City Hall on Tuesday night, May 2, during a public hearing regarding a letter the city has penned demanding the spent nuclear fuel at SONGS not be stored on-site. Photo: Eric Heinz

People in the audience broke out into cheers and applause on Tuesday, May 2, after each time a public speaker demanded the City Council to amend a letter to the Coastal Commission to revoke the permit to store nuclear waste at SONGS. Photo: Eric Heinz

Gary Headrick of San Clemente Green co-hosted a rally prior to the May 2 City Council meeting to implore the city to demand the revocation of the permit allowing SONGS facilitators to store spent nuclear fuel on-site. Photo: Eric Heinz

The letter requests the Coastal Commission recognize San Clemente as an unwilling participant in this storage and to require monitoring of the fuel, which is expected to be buried in dry cask containers. It also demands the Commission to support federal efforts to move the fuel to another location and to require emergency services be continued at the facility.

The Council voted to add that if these requests could not be met, the Commission should revoke the permit it granted Southern California Edison, the majority stockholder of SONGS, to store the fuel.

Citizens Oversight, the activist group that sued the Coastal Commission over its permitting of storing spent nuclear fuel, hosted a protest in front of City Hall prior to the meeting.

Community Engagement Panel Meeting is May 11

The Community Engagement Panel, an informational group comprised of local representatives, will meet at 5:30 p.m. on Thursday, May 11, at the Laguna Hills Community Center, located at 25555 Alicia Parkway in Laguna Hills.

The meeting will discuss developments of off-site waste storage sites in New Mexico and Texas, and two Nuclear Regulatory Commission officials will review the federal oversight of decommissioning SONGS.

Public comment takes place in the last hour of the meeting.