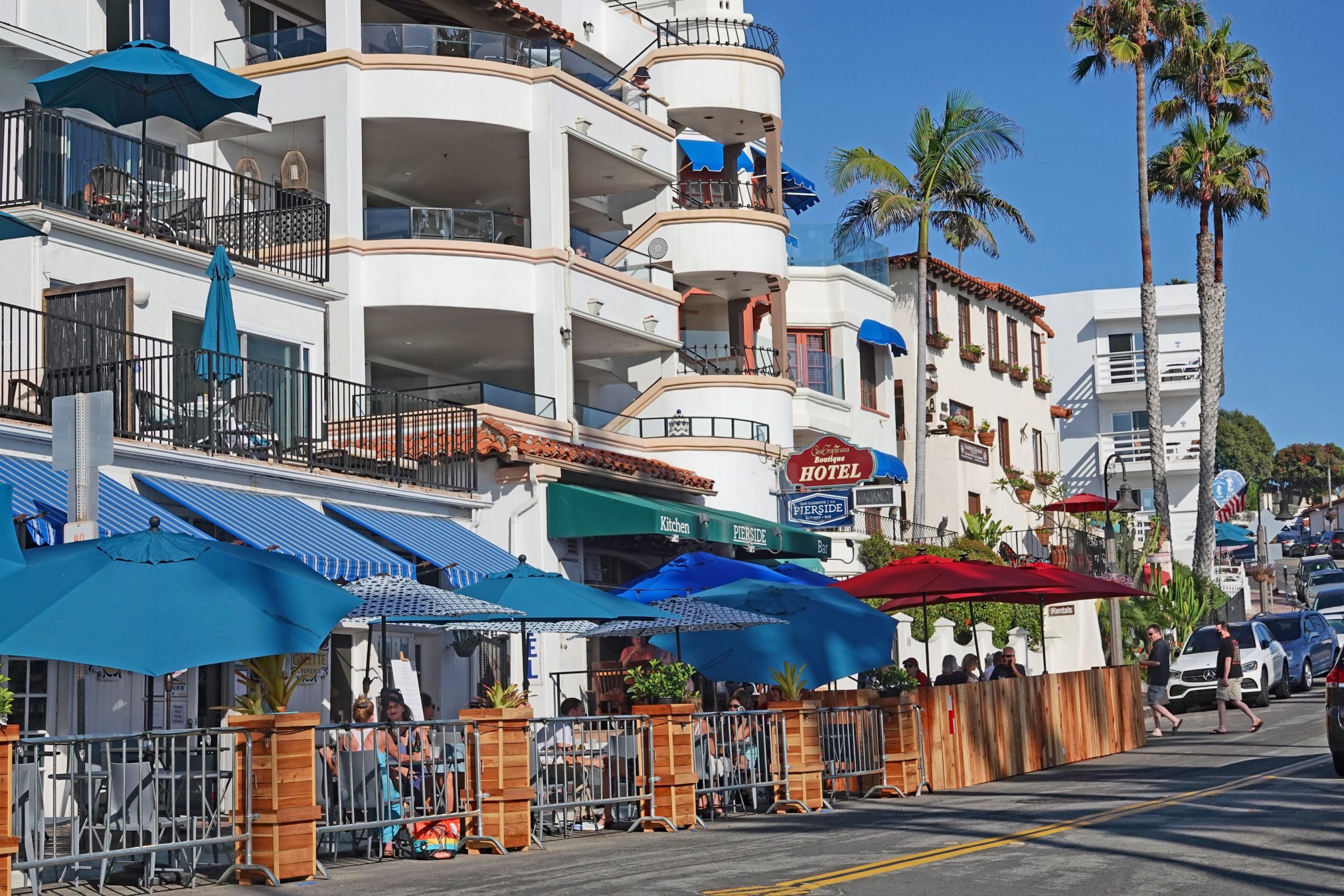 Following a unanimous council vote this week, the city’s assistance program that has allowed restaurants and retailers to shift operations outdoors has been expanded to also include additional business sectors impacted by the pandemic.

With the council’s vote on Tuesday, Aug 18, other businesses, including barbershops and salons, which had been ordered by the state last month to operate outdoors, will be able join the list of establishments in San Clemente that have utilized open-air concepts.

This past June, as the state began lifting restrictions on certain economic sectors, the council greenlit the assistance program to ease some of the city’s zoning regulations related to outdoor services and commercial banners.

Through the program, restaurants, retailers and, now, other businesses can apply for special activity permits offering temporary provisions to create open-air concepts in their parking lots or sidewalks and adjacent on-street parking spaces.

As part of another effort in expanding the program, the council agreed to remove a previous provision that put a 50% cap on the use of their parking lots for the outdoor operations.

“In implementing the program, we recognized that there are some challenges in maintaining 50% of parking onsite for some of the small businesses,” Economic Development Officer Jonathan Lightfoot explained to the council. “When you have a business with three parking spaces, their limitation would be to use only one of those.”

Approved permits were initially valid until the end of September, but the council’s vote to expand the program on Tuesday also included an amendment to extend those and future allowances through June 30, 2021—a date chosen by Councilmember Chris Hamm.

“We need to extend the date out to next summer. We don’t know when this will end,” Hamm said. “Worst case scenario is we have outdoor dining and outdoor retail opportunities that don’t currently exist, and I think this is a great opportunity for us to try something new.”

Eventually, Lightfoot told councilors, they will also need to consider an alternative long-term approach to supporting the businesses should the city’s local emergency declaration end.

In mid-March, the council adopted a proclamation declaring a local emergency amid the start of the public health crisis. The temporary assistance program, Lightfoot noted, would end when the local emergency ends, as the proclamation is what allows the city to currently issue those exceptions to local laws.

“We won’t have the grounds again under the emergency order to continue to support this temporary order, and so, this also may be an opportune time to take action and initiate a long-term outdoor dining option for the city,” Lightfoot said.

While no decision was made specifically on a contingency plan should an end come to the emergency declaration, the council, at Hamm’s request, directed staff to come back with a series of proposals to further expand open-air dining in and around the downtown corridor.

One proposal city staff will look at, and later present to the council for consideration, is the implementation of a one-way street concept on Avenida Del Mar, having traffic flow westbound in the 100 and 200 blocks.

Another concept that will be drafted is for the city is to convert Avenida Victoria, at the Pier Bowl, into a full-time outdoor dining venue. City staff will also prepare a report on establishing standards for outdooring dining and retail at the T-Zone—the intersection of Del Mar and El Camino Real.

A fourth proposal staff will look into would allow restaurants and retailers to utilize alleyways and bulb-outs on Del Mar for outdoor services. Part of the same proposal would also look to increase parking for bicycles along Del Mar.

The council unanimously voted in favor of having staff draw up those proposals, which will be presented during a future meeting.