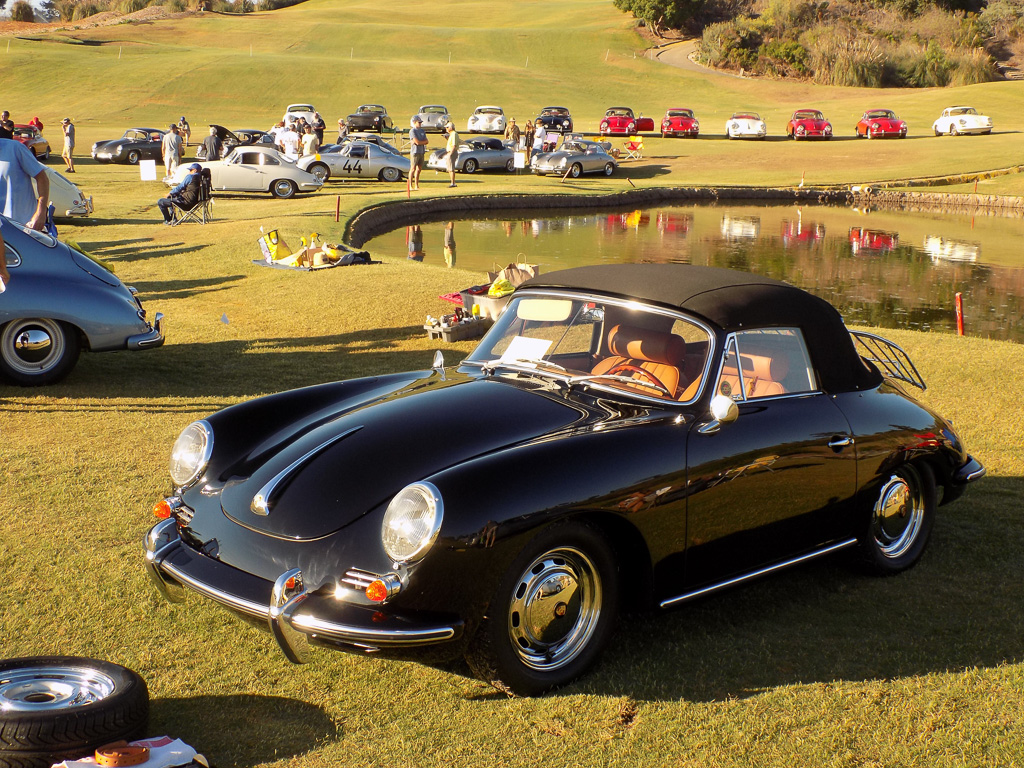 By Lou Leto, for the San Clemente Times

While the 42nd annual Ocean Festival was luring aquatic-action fans to the Pier, just inland at Bella Collina San Clemente the 32nd annual 356 Club Concours was attracting Porsche owners and fans from near and far. More than 400 vehicles rolled in to be judged by Porsche experts, or just to show their classic lines of iconic automotive design. This was the first year that Bella Collina hosted the event.

“The grounds are a beautiful backdrop,” said Ed Wyche, 356 Club Concours president. “We hope to make this our permanent home for future events.”

The production coupe, convertible, and Speedster vehicles, along with a few rare purpose-built race models, came to be judged in classes, including: Full Concours, Street Concours, Wash and Shine, and Display. In the Full Concours class, there were more than 50 vehicles of the 356 model that competed, allowing viewers at a complete history of what the earliest Porsches, now restored to original form, looked like as they graced the roads from 1948 through 1965.

There were even some never-restored cars that were cloaked in the patina of six decades of road use. The basic exterior design remained the same throughout the model lifetime, though there were impressive engineering and innovation evolutions, along with many racing/competition models that had great success and contributed early on to help establish the Porsche brand to a legendary reputation.

Porsches from all eras, all the way to current models, came and parked on the lawn to support the 356 event. Walking the gathering was an informative way to review the entire history of the brand.  The timing was such that attendees could see the cars on the lawn in the morning and still have time to catch the ocean action at the beach in the afternoon.