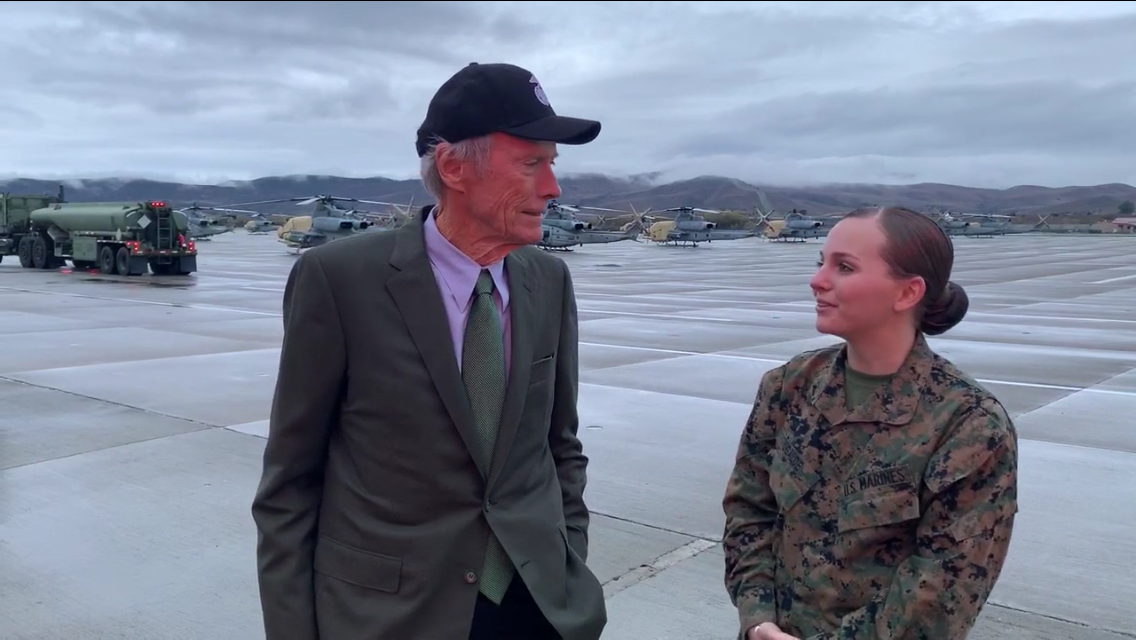 Filmmaker Clint Eastwood met with U.S. Marines, sailors and base residents at Camp Pendleton on Saturday, Dec. 7, giving them an advanced screening of his new movie Richard Jewell at the base’s theater.

The actor and director is no stranger to the local Marine base, as he has previously visited there, including when he filmed Heartbreak Ridge in 1986, according to local news reports.

“The place has changed so much because the base has gotten huge,” Eastwood said in a video interview that base officials shared with the media. Eastwood also said, “It was nice then, and it’s nice now.”

Eastwood’s latest film, Richard Jewell, is based on the real-life drama of a security guard who was falsely accused of planting a bomb at the 1996 Summer Olympics in Atlanta. Paul Walter Hauser plays the titular character Richard Jewell. His costars include Olivia Wilde, Sam Rockwell, Jon Hamm and Kathy Bates, who plays Jewell’s mother, Bobi Jewell.

The film will be released in theaters on Dec. 13.