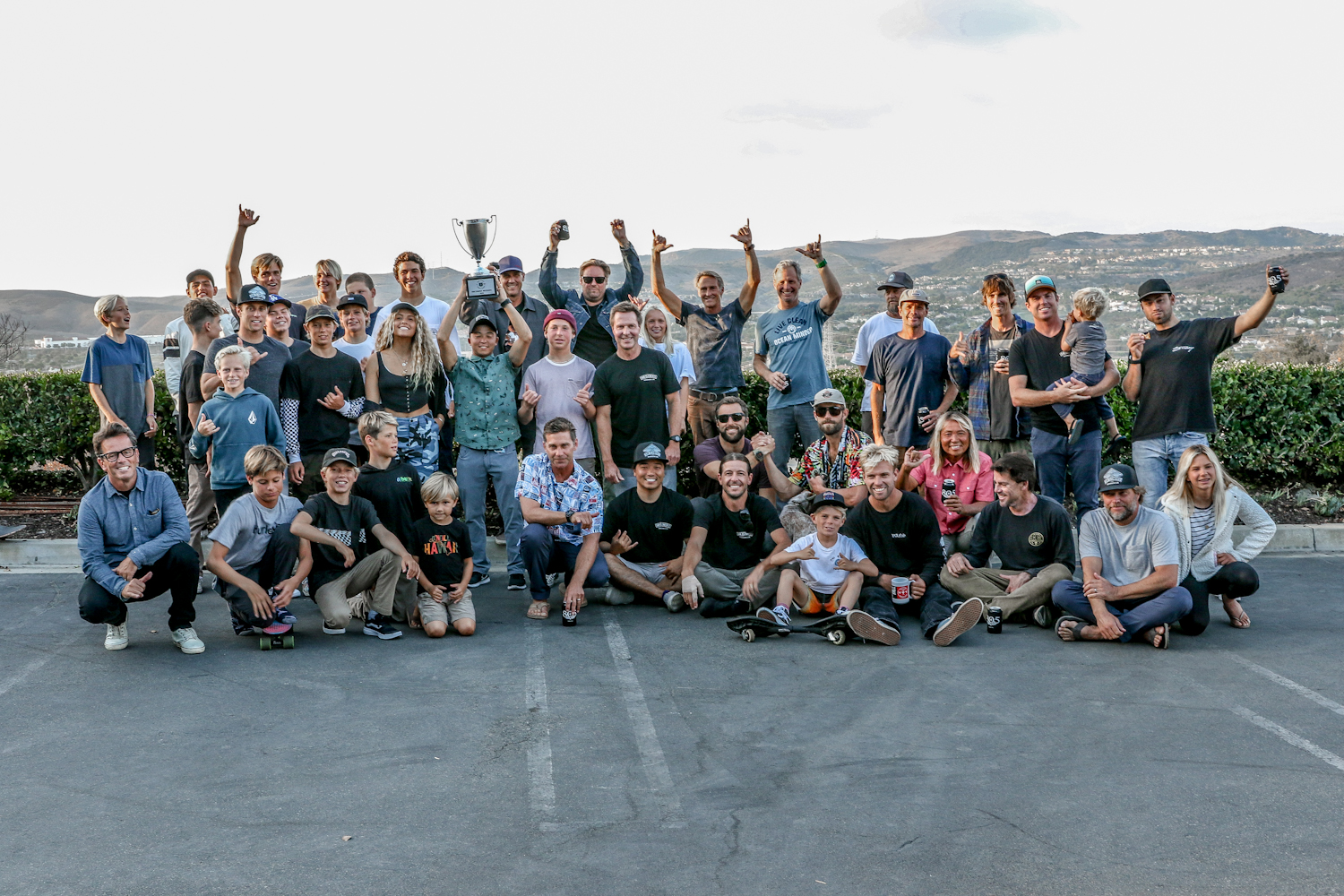 Club Control: San Clemente Board Riders Club Goes Undefeated in 2018 with a Big Win at Church.

With a pumping hurricane swell hitting the point, the West Coast Board Riders season came to a dramatic conclusion last weekend as the San Clemente squad took home the win and also claimed the Southern Division title for the year.

“West Coast Board Riders has gathered the tribe of San Clemente surfers under one roof for a common goal and has truly caught me off guard how infectious the positivity and encouragement is among all the age groups,” San Clemente Board Riders President Eric Mehlberg said. “Competitive surfing is very individualized, but these events have brought old friends back together and allowed new coalitions to be formed.”

San Clemente’s performance in the men’s 30-to-39-year-old division encompassed this spirit. Featuring a cadre of San Clemente’s most well-known pros, Tanner Gudauskas, Nate Yeomans, Mike Losness and Chris Ward posted a heat total of 41.14 points out of a possible 50. It was the highest single-heat total ever recorded in a West Coast Board Riders contest.

One of the big goals of the Board Riders contests is to bring generations together and create continuity in the surf towns up and down the Southern California coast. That goal was clearly achieved when San Clemente’s Ben Brantell ripped his way to a nine-point ride in the 14-and-under division. Team members went nuts, cheering him into the beach after the heat.

The party didn’t stop when the contest ended. Taking the celebration up to the Stance headquarters, the local grom band, Reapeater, cranked their amps up to 11 and kept the good vibes flowing.

“After every event at the awards party, each club picks their MVP for the day. They get to come up on stage and get a prize pack and give a speech,” San Clemente Board Riders team member Benji Severson explained. “Mehlberg and I couldn’t decide because of all the amazing performances by SC’s finest.

Then it occurred to me how obvious our MVPs were. It had to be the Kobayashi family. Masaki has held his Church event for more than 30 years, and this year he gave the West Coast Board Riders one of his two permitted days. Not to mention that Masaki, Shaw and Kai all had outstanding performances on Saturday, so just for a complete family effort they had to be our MVPs—that’s really what makes the San Clemente Board Riders Club so special.”

The West Coast Board Riders season is now headed to Huntington Beach for the State Championships. San Clemente was the only club in the state to go undefeated throughout the season.

It’s been a big year for the club movement in California, and looking down the road a little bit, there are a lot of good things on the horizon.

“I’m really looking forward to watching our community grow through these events in the years to come,” Mehlberg said when he finally had time to catch his breath.