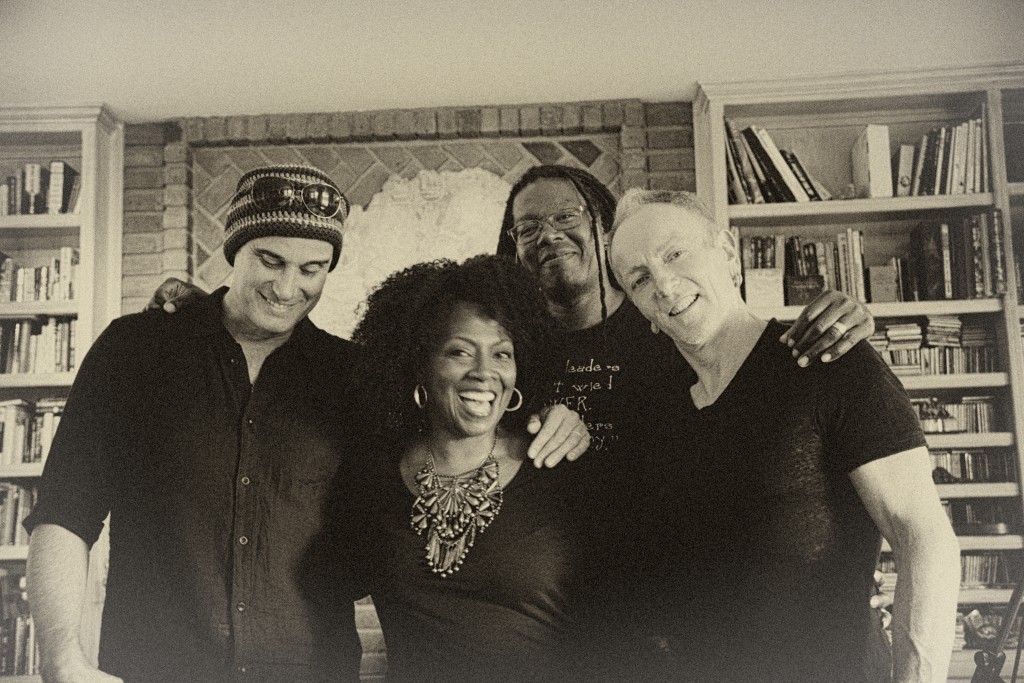 At The Coach House: Delta Deep

It would be appear to be a convoluted route that merged and mashed up Def Leppard, Stone Temple Pilots, TLC and the Pope into a band. But Phil Collen (lead guitarist of Def Leppard) says the marriage began at a logical start: a wedding.

“She’s my wife’s godmother, and she sung at our wedding,” Collen said of Debbi Blackwell-Cook, who has lead a Motown group, sung backup vocals for Michael Buble and, yes, performed for the Pope.

Collen says he and Blackwell-Cook soon found their musical styles matched, and out come a deep bluesy sound. The later editions of Robert De Leo (Stone Temple Pilots) on bass, and Forrest Robinson (TLC, India Arie) on drums rounded out Delta Deep, who will be performing at the Coach House on Monday, Sept. 12.

Collen says the rhythm section additions added layers to the original duo of he and Blackwell-Cook.

“They just kind of completed the whole thing,” he said. “It went form this very bluesy soulful thing to this aggressive, soul-funk, bluesy thing.”

Collen said merging the varied backgrounds is helped by the members’ shared appreciation of Motown and solid songwriting. In fact, Collen said adhering to rules in the studio has provided a vehicle through which the members combine their talents.

“The two things you have to do with a song is respect the groove and the melody. It’s amazing how many people veer off and get caught up in themselves or something else an something else comes in, and I think that’s a problem, a lot of us love those boundaries,” Collen said.

Collen added that the band’s shows often draw in a diverse group of people—from Def Leppard and Stone Temple Pilots fans, to blues junkies and jazz aficionados. See for yourself on the Sept. 12—tickets are available at www.thecoachhouse.com.