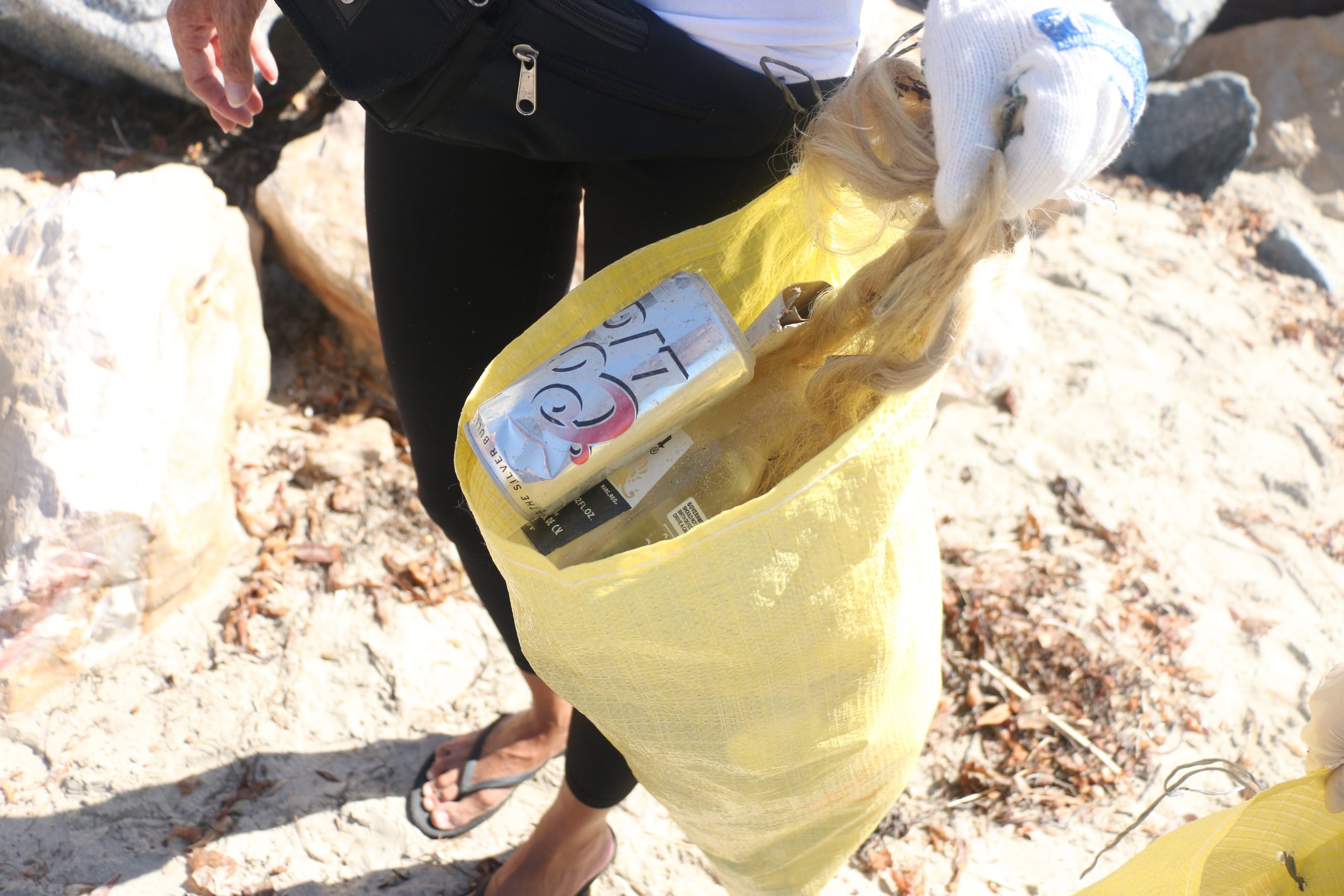 This Saturday, Sept. 18, would have represented the annual Coastal Cleanup Day, when thousands of volunteers up and down the state would normally head to the beaches to pick up trash and debris as part of an international effort to keep the oceans clean.

However, with the coronavirus pandemic and safety concerns over mass gatherings still at the forefront of many people’s minds, the California Coastal Commission and its partnering environmental nonprofits have had to rethink the annual event this year.

Rather than having volunteers crowd the beaches at once, the CCC and organizations such as Orange County Coastkeeper have encouraged residents to lead their own cleanup effort individually or with small groups of friends during their spare time throughout the month of September.

Volunteers are also being asked to not only focus on the beaches but to participate by cleaning up loose garbage around their own neighborhoods, parks and streets, preventing the trash from getting washed out into the ocean through creeks, rivers and storm drains.

“It is that last effort before trash goes into the ocean,” OC Coastkeeper Education Coordinator Cristina Robinson said. “Neighborhood cleanups are just as important,” as the debris gets washed away, “going through the storm drain system. Wherever you are, it’s still helpful; it’s still a beach cleanup even if you’re not at the beach.”

During the 2019 Coastal Cleanup Day, 4,920 volunteers participated in Orange County, removing 25,681 pounds of trash across 41 miles of coast, according to Coastkeeper. In San Clemente, a total of 222 pounds of trash was picked up at State Beach and another 186.3 pounds collected at the beach around the pier.

Over the years of Coastal Cleanup Day, the most frequent items collected by volunteers included cigarettes and cigarette filters, food wrappers and containers, bottle caps and lids, paper and plastic bags, straws, glass and plastic bottles, beverage cans and construction material, according to the CCC.

To continue collecting data on how much trash is being removed this year, the CCC is asking volunteers to download and use the CleanSwell app to record the types of items found, the total weight of collected trash and total distance covered.

For those conducting cleanups in Orange County, Coastkeeper is asking individuals and hosts to name their group “Coastkeeper Clean” so the nonprofit can analyze the local data.

Coastkeeper has also been hosting virtual scavenger hunts on its social media pages every Saturday this month, allowing volunteers to post pictures of trash and items collected while out on their cleanup.

On Mondays, Coastkeeper announces the winners from those who posted photos on their social channels with the hashtags #coastkeeperclean, #protectyourhappyplace and #coastalcleanupmonth.