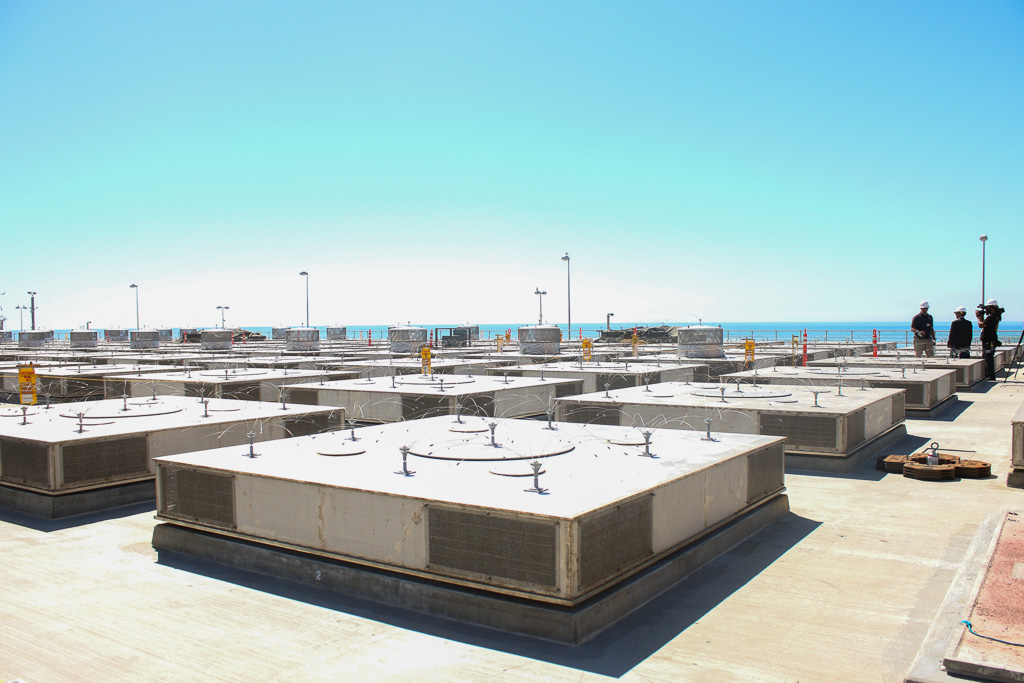 The California Coastal Commission (CCC) has approved a nuclear waste monitoring program from Southern California Edison, which is required to show, among other things, that its storage of radioactive material at the decommissioned San Onofre power plant will be maintained and ready for eventual relocation.

In a unanimous vote on Thursday, July 16, the CCC approved SoCal Edison’s Inspection and Maintenance Program (IMP) that’s meant to ensure the utility company can adequately inspect, monitor and ultimately transport the Holtec canisters used to store the radioactive material.

The approval essentially allows Edison to continue storing spent fuel from the San Onofre Nuclear Generating Station (SONGS) through 2035—when it must resubmit an application to either retain, remove or relocate its dry storage facility, formally referred to as the Independent Spent Fuel Storage Installation, or ISFSI.

At that time, the application renewal must also include an updated evaluation of coastal hazards and potential on-site or off-site storage options for the fuel, according to Alison Dettmer, senior deputy director of the Coastal Commission

Edison’s ongoing work to decommission and deconstruct SONGS, she said, could open alternative sites to relocate the ISFSI where there’s lower risk of coastal hazards compared to its current location—within about 100 feet from the sea wall of the plant’s site.

“If by the year 2035, there is no off-site storage option, the commission will, as part of its review of Edison’s amendment application, consider if this ISFSI should be relocated to a higher elevation on-site to minimize coastal hazards and until an off-site repository is available,” she said.

The approval of the IMP comes months after the CCC had approved the coastal development permit (CDP) authorizing Edison to begin dismantling the power plant, a process that got underway this past February and is expected to take nearly a decade to complete.

When the Commission approved that CDP this past October, it required Edison to accelerate the completion of its IMP, which had been a condition under the separate CCC-approved permit from 2015 that allowed for the construction of the ISFSI.

Under the IMP, which Edison sent to the Commission for review this past March, SCE is required to show that the storage canisters would “remain in a physical condition sufficient to allow both on-site transfer and off-site transport.”

“The public and the Commission want to be assured that the canisters are properly maintained in a manner that allows for safe transfer of fuel off-site once a facility is available to receive it or to even relocate it on-site at a later date, if necessary,” Dettmer said.

The IMP, according to the CCC, specifically mandated Edison to explain its methods for canister inspection, monitoring and maintenance, while also presenting remediation measures that could be used in the event a storage cask is found not suitable for transport.

In its IMP, Edison outlines its plans for radiation monitoring, as well as regular inspections of the ISFSI and canisters, notably with the use of robotics. The company, the IMP noted, has already implemented the robotic technology, which was used to inspect eight canisters in the spring of 2019.

According to Edison, the robot, which has an aluminum body with radiation-tolerant electronics, was developed by Robotic Technologies of Tennessee and has been used to inspect canisters at other facilities.

“It is equipped with multiple cameras with high resolution capability that can pick up minute indications on the canister surface and can measure these indications accurately to 0.001 inches,” the IMP stated. “The robot can also take temperature and radiation dose measurements.”

Highlighting the key aspects of the IMP, Tom Palmisano, who represented Edison during the CCC meeting, touched on another inspection method Edison is employing—a test canister.

Designed to mimic the characteristics of a loaded canister, the test canister is electrically heated and will be inspected every two and half years to “give us an early warning of any potential degradation of the canisters.”

As for damaged canisters, Edison intends to utilize the robotic technology while incorporating a method that uses a metallic overlay to repair canisters. Also known as “cold spray,” the metallic overlay method applies nickel coating over defects in a canister.

“This is not simply spraying a covering on a location,” Palmisano stressed. “This is a metallurgical process, which sprays a nickel powder onto the specimen at high temperatures and velocities so it metallurgically bonds with the material.”

Based on an independent review of the program that the engineering consulting firm LPI conducted, Edison’s IMP was found to be “sufficient to detect degradation and effectively observe the ISFSI system and canisters through 2035,” according to the CCC report.

And LPI concluded that the material, thickness and construction of the Holtec canisters “will effectively minimize susceptibility to stress corrosion cracking—the most significant potential canister degradation mechanism at the SONGS site.”

During the more than four-hour-long meeting, commissioners heard from dozens of local stakeholders and environmental groups, including the San Clemente-based Surfrider Foundation.

Members of the water conservation advocacy group implored the CCC not to approve the IMP without first requiring Edison to address, what they perceived to be, shortfalls related to the company’s plans for on-site inspections, transportability and reporting of canister issues.

“The geologic coastal and seismic risk posed by a potential canister failure or canister being trapped on the coastline warrant an increase in the inspection rate and number of canisters inspected,” said Rose Acheson, a legal intern for Surfrider.

Like all nuclear power plant operators in the U.S., Edison has had to store its own radioactive waste on-site, as there’s yet to be a permanent repository for the nation to store such material.

Palmisano said that so far 69 of the 73 planned storage canisters have been downloaded into the ISFSI. The downloading process is expected to be completed by the end of August.

Prior to holding the vote, Commissioner Dayna Bochco and Commission Chair Steve Padilla both expressed difficulty in voting to support measures that have elicited widespread contempt from the community before noting that the federal government has put them in no-win scenarios without a permanent repository for spent fuel.

“It’s never easy to approve something like this, but we find ourselves in the position that it’s the only recourse in the moment,” Bochco said. “So, I think we’re all trying to push as much as possible the federal government to step up and do what they were supposed to.”

Padilla echoed that sentiment, stating that he’s as “outraged as anyone else that we’re in a position that’s untenable.” “The utter failure that we don’t have a national strategic plan with any funding to put a permanent repository for spent nuclear materials and get the heck out of that business is beyond me,” he said.