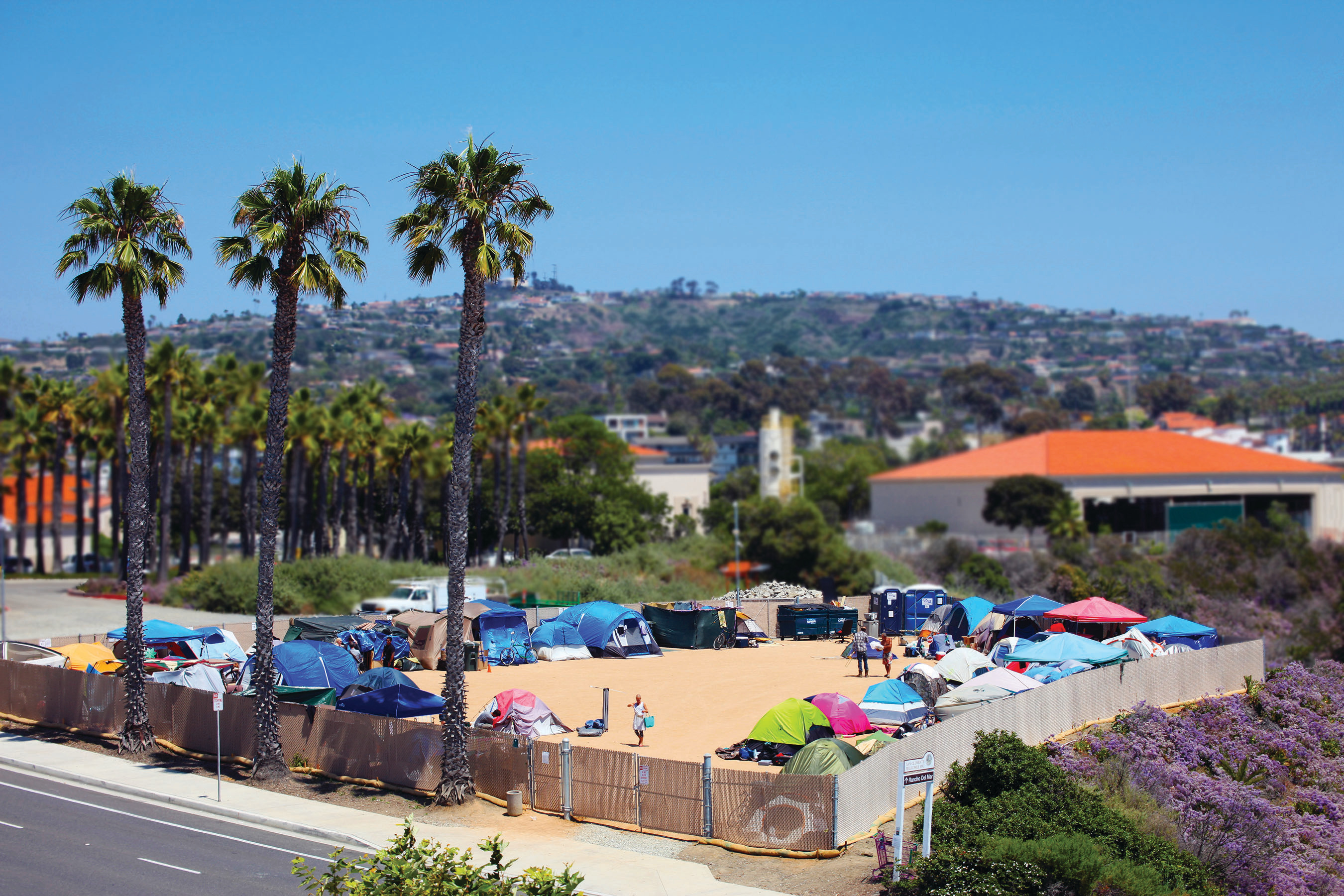 The city of San Clemente will likely need to get a coastal development permit (CDP) approved by the California Coastal Commission in order to operate the temporary homeless encampment on Avenida Pico, the head of the agency stated last month.

“We have been investigating this development and these actions taken by the city. We do believe a permit is required for the campground they’ve created,” Coastal Commission Executive Director Jack Ainsworth said during the agency’s Sept. 11 meeting in Newport Beach.

Ainsworth’s declaration was in response to concerns that representatives from the Elder Law and Disability Rights Center raised at the meeting.

City officials, however, are pushing back on Ainsworth’s remarks, stating that the position is “in direct conflict with the Commission’s prior actions.”

Pointing to a temporary housing facility in Venice, the San Clemente officials note that Ainsworth waived the CDP requirement for that shelter, “which was far more intense than the temporary campsite in San Clemente,” the city stated in a Sept. 26 press release.

According to the city, the Venice shelter sits on a Metropolitan Transit Authority-owned maintenance yard and has the capacity to house 100 homeless adults and 54 transitional age youth. It also includes a 9,900-square-foot tent structure and nine trailers for habitation, hygiene and storage.

“It’s inconsistent for Commission staff to determine that the Venice temporary homeless shelter project qualifies for a waiver and the San Clemente campsite would not,” Cecilia Gallardo-Daly, the city’s community development director, said in the release.

She also adds that the Pico encampment “in no way impedes coastal access,” didn’t require the removal of vegetation and doesn’t impact sensitive habit, nor does it block the beach and coastal views.

“These are the same findings made by the Commission Executive Director when he determined, and the Commission affirmed, that the Venice temporary homeless shelter qualified for a CDP waiver,” she added, further noting that the CCC “found that the Venice Project would not adversely impact any coastal resources, public access, or public recreational opportunities.”

In an email to San Clemente Times, Noaki Schwartz, spokesperson for the Coastal Commission, acknowledged that the CCC did waive the permit for the Venice project, “but they submitted an application for a coastal development permit, which our staff reviewed.”

“This is exactly what we have asked the City of San Clemente to do—apply for a coastal development permit,” she also wrote in the email, adding: “We are looking forward to receiving the city’s permit application.”

Schwartz said that on or around Sept. 9, Commission staff spoke with San Clemente officials, asking them to apply for the coastal development permit. A waiver, she later clarifies, is still a permit.

“We need a complete coastal development permit application from the city in order to determine what kind of permit would be appropriate for the development and what resources could be impacted, such as water quality, for example,” she wrote. “However, we cannot make that determination until we have all of the information from the city, which would be provided with the coastal development permit application.”

The city established the encampment this past May as an alternative for those who had been camping out at the North Beach parking lot.

The city conducted a cleanup operation at the camp on Aug. 30, and under new regulations, only allowed campers back in who have residential ties to San Clemente. People must provide documentation such as an identification card, utility bill or high school diploma showing how they are connected to the city.

During the previous San Clemente City Council meeting on Sept. 18, Assistant City Manager Erik Sund provided an update on the homeless camp on Pico, stating that, as of that day, there were 27 campers staying at the designated lot.